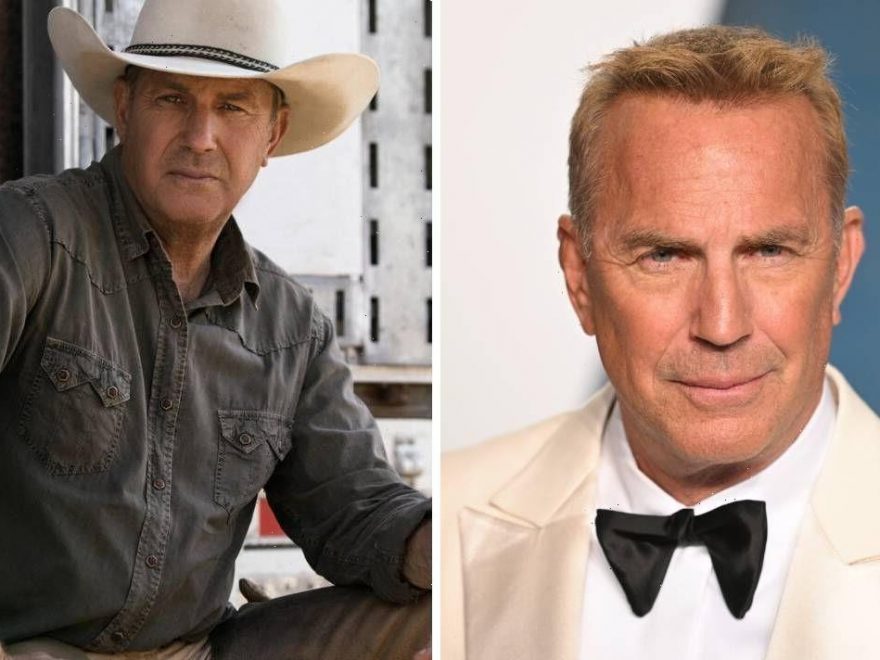 Yellowstone: NBC share behind the scenes of series five

Kevin Costner is the head honcho in Yellowstone on Paramount Network as cowboy John Dutton. He has been involved in a few romances in the first four seasons of the Western drama but as of yet, John hasn’t found “the one” since his first love Evelyn Dutton (played by Gretchen Mol). Their story came to a tragic end on the ranch when their three children were little.

In season one, episode three, No Good Horses, Beth Dutton (Kelly Reilly) has a flashback to the day that her mum died.

She was out riding with Evelyn and brother Kayce Dutton (Luke Grimes) in 1997 when her mum’s horse was spooked.

Evelyn was bucked off the horse which then fell over and crushed her.

Beth, not knowing what to do, hesitated in helping her mum and while she didn’t succumb to her injuries straight away, she did die within a few hours of the incident.

Kevin Costner was married to Cindy Silva, who now continues to go by the name Cindy Costner.

The pair met before the award-winning actor shot to fame in the 1970s and they were both studying at California State University in Fullerton.

They both shared a love for acting with Cindy reportedly playing a princess at Disneyland during her summer breaks.

After graduation in 1978, Kevin and Cindy tied the knot in the same year and welcomed their first child Annie in April 1984.

The loved-up couple went on to have their second daughter Lily two years later and then their son Joe in 1988.

Describing what he thought of his wife when they first met in People magazine in 1989, Costner said: “She was beautiful, she was sweet, she was smarter than me.

But as their family grew, so did Costner’s rise to stardom, putting a strain on their relationship.

During this time in their lives, Cotner’s career was just getting started as he starred as Eliot Ness in 1987’s The Untouchables.

It was in 1994 that Costner and Cindy announced that they were calling time on their marriage.

In a statement at the time, they said: “After 16 years together, we are ending our marriage.

“We have amicably resolved all issues regarding our children and financial affairs and a full marital settlement has been reached.”

Costner met his second wife Christine Baumgartner in the 1980s when he was still married to Cindy.

They became acquaintances and met again in 1999 at a restaurant following Costner’s divorce and in 2004, they got married.

Yellowstone season 5 premieres on the Paramount Network in the USA on November 13. Seasons 1-4 will be available to stream on Paramount+ in the UK when it launches later this year.