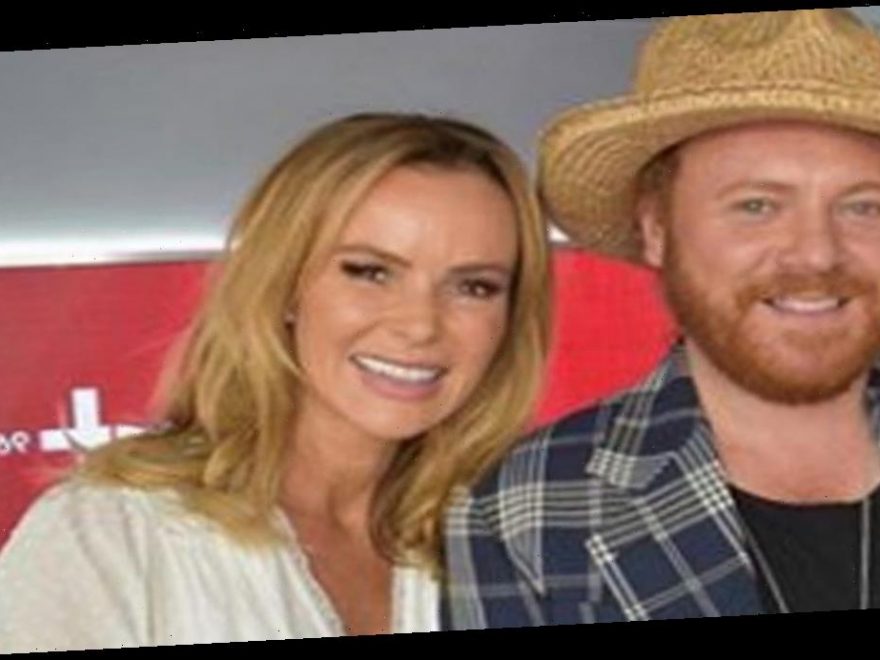 Keith Lemon got a laugh out of Amanda Holden this week when he copied her latest photoshoot – replacing her as the model.

Over the weekend, Amanda shared a series of photos taken by the portrait photographer Oscar May, showing her posing in a stairwell.

With black stiletto heels and her hair blown out in waves, she looked radiant as she remarked: "You're never fully dressed without a smile…"

However, comic Keith Lemon, 45, whose real name is Leigh Francis, decided to poke fun at the Britain's Got Talent star and shared his own version of the sultry shoot.

Pictured in a similar stairwell, Keith stripped to his undies, adopting Amanda's pose as he tugged at his black boots.

In his caption, he remarked: "You're never fully dressed without ya trowziz. By ‘eck @noholdenback looks well doesn't she!"

The parody was a hit with his fans, as they took to the comment section to laugh over the impromptu shoot.

"Who wore it better…" wondered one, and a second chimed: "Lovely legs Keith."

Amanda took it on the chin and shared the post to her own account, confessing: "This made me howl @keithlemon."

The TV personalities are longtime friends, with Amanda appearing on the comedian's Shopping With Keith Lemon during the first series.

Hopping aboard a booze cruise to Calais, the showbiz pair chatted about Amanda's glittering career, discussing her role as one of BGT's biggest names.

Keith asked: "But you've been doing Britain's Got Talent for 13 years, has it flown?"

Amanda then revealed how she landed the stint, saying: "It's really flown, cause my daughter's 13, so she epitomises the time and I literally remember getting the phone call, and I was stirring soup, my agent said ‘Do you want to go on this show called Britain's Got Talent, Simon Cowell is doing it?' and I just said yes.

"I wore a pair of jeans, can you imagine wearing jeans now on that show."

The mum-of-two revealed the early editions of BGT, which debuted in 2007, had a seriously scaled-down backstage crew.

Amanda said: "You're sat behind a desk but I'm wearing a top and its back to front, I didn't even know cause I didn't have a stylist."