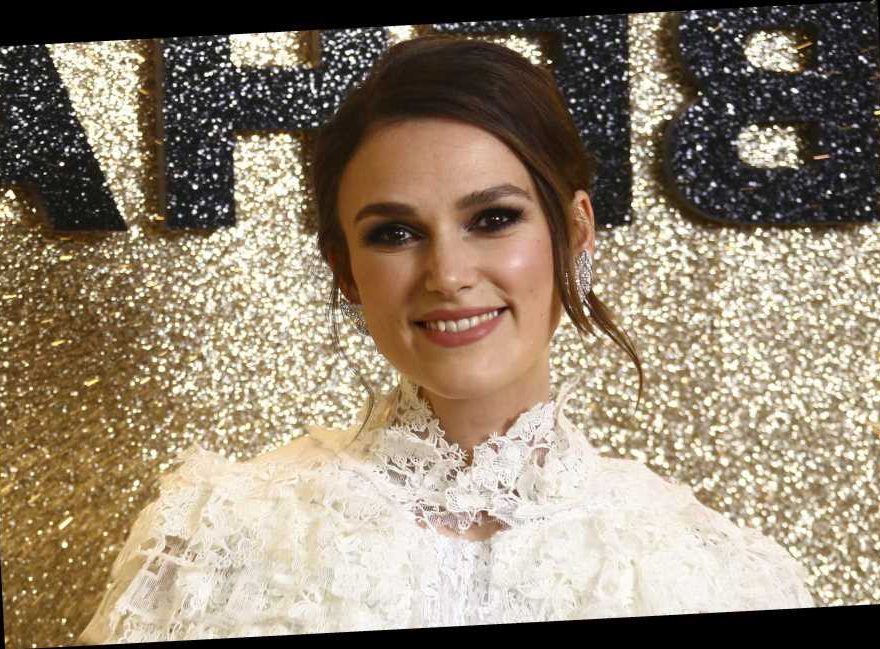 Keira Knightley has put a ban on shooting sex scenes for male directors, the Oscar-nominated actress revealed on a recent installment of the “Chanel Connects” podcast (via The Hollywood Reporter). Knightley, who has had a “no nudity clause” added to her film contracts since becoming a mother in 2015, cited the male gaze as an issue in sex scenes, adding that she does not want to be featured “in those horrible sex scenes where you’re all greased up and everybody is grunting. I’m not interested in doing that.”

“I don’t have an absolute ban [on filming nude scenes], but I kind of do with men,” Knightley said. “It’s partly vanity and also it’s the male gaze.”

Knightley added, “Saying that, there’s times where I go, ‘Yeah, I completely see where this sex would be really good in this film and you basically just need somebody to look hot,’ so therefore you can use somebody else. Because I’m too vain, and the body has had two children now, and I’d just rather not stand in front of a group of men naked.”

The “Atonement” and “Pirates of the Caribbean” actress also expressed interest in working exclusively with women directors on films that tackle themes inherent to the female experience, whether it be motherhood or body acceptance.

“If I was making a story that was about that journey of motherhood and body [acceptance], I feel like, I’m sorry, but that would have to be with a female filmmaker,” Knightley said. “If it was about motherhood, about how extraordinary that body is, about how suddenly you’re looking at this body that you’ve got to know and is your own and it’s seen in a completely different way and it’s changed in ways which are unfathomable to you before you become a mother, then yeah, I would totally be up for exploring that with a woman who would understand that. But I feel very uncomfortable now trying to portray the male gaze.”

Knightley most recently starred in the British comedy-drama film “Misbehaviour” and will next be featured in Camille Griffin’s Christmas comedy “Silent Night” opposite “Jojo Rabbit” breakout Roman Griffin Davis and Matthew Goode.