KATIE Price has revealed how she has got her "sparkle back" after Harvey finally returned home from hospital.

It has been a tough few weeks for the TV star, 42, after her teenage son was put in intensive care. 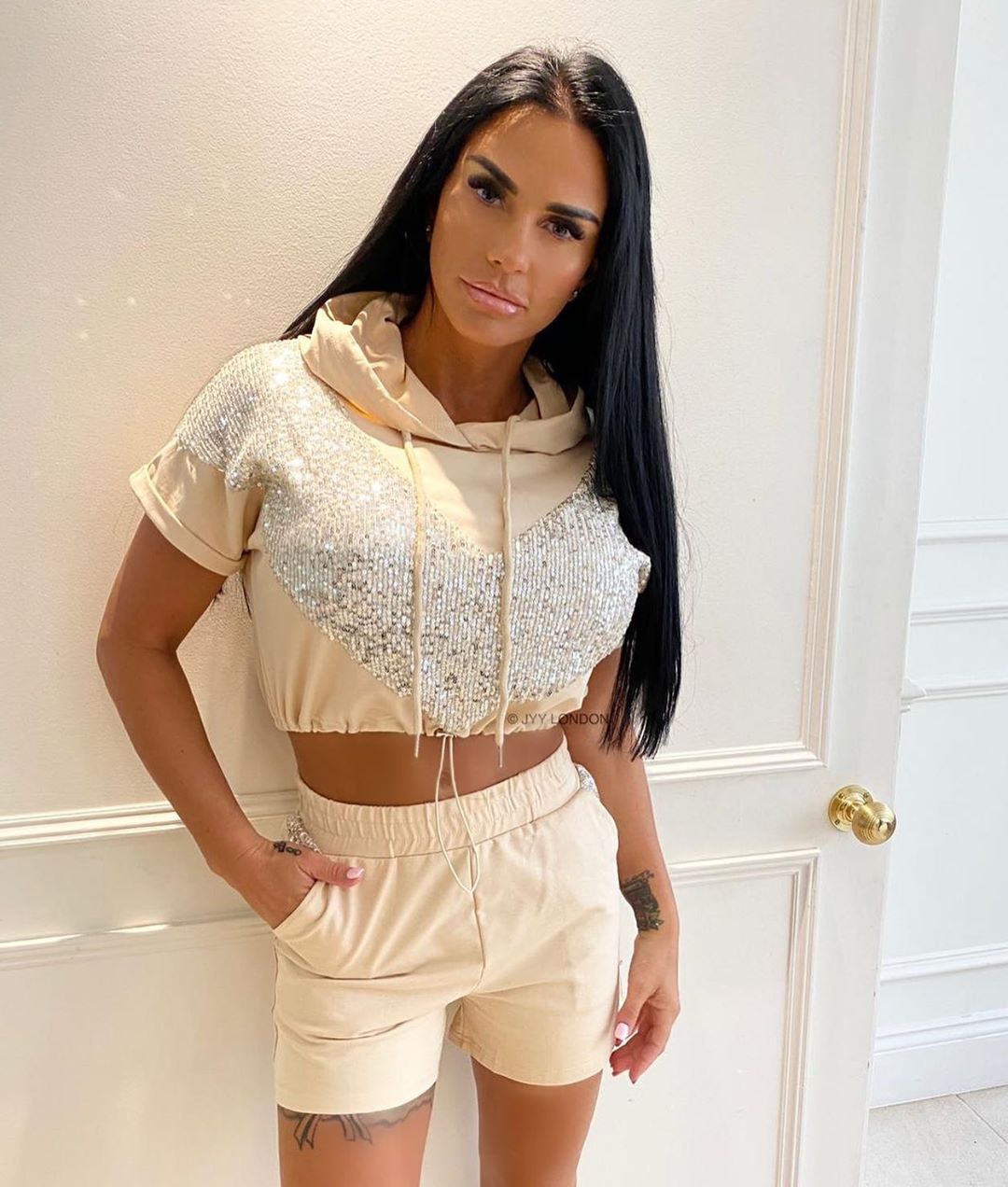 Today the doting mum was seen walking hand in hand with her son, after arriving back to her Surrey home.

To share her joy at having her eldest child home and safe she shared a picture of herself in a sparkly beige crop top with matching shorts.

The cute outfit showed off her slim figure.

She wrote next to the picture: "Got my sparkle back✨ wearing my @JYYLondon range today!" 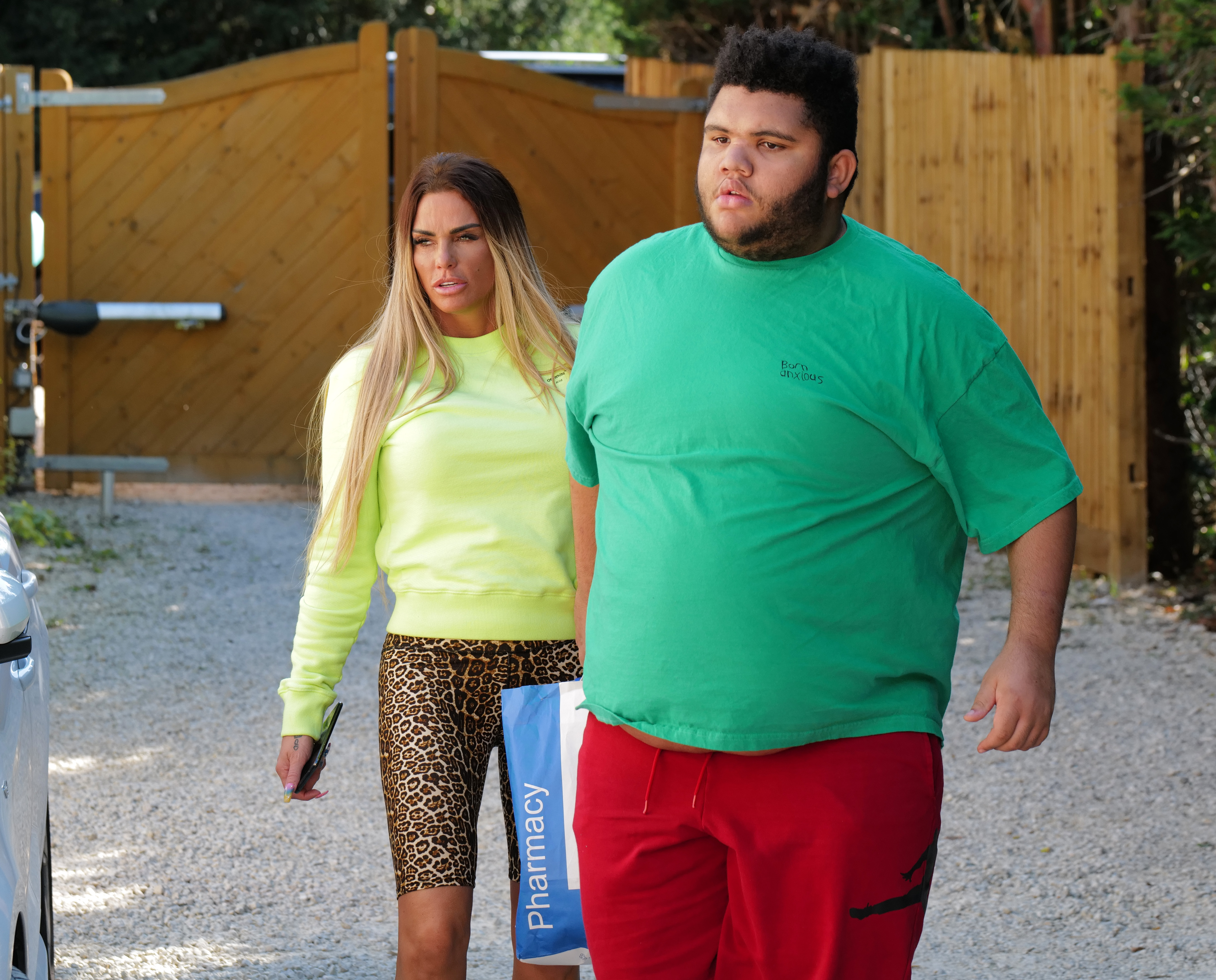 Harvey was today discharged from hospital ten days after being rushed to intensive care.

Katie revealed how she was over the moon to be taking her 18 year old home, having previously "prepared for the worst".

Speaking exclusively to The Sun Online this afternoon, Katie beamed: "It feels like Christmas. I can't stop smiling.

"The day started badly but it's ending as the best day ever." 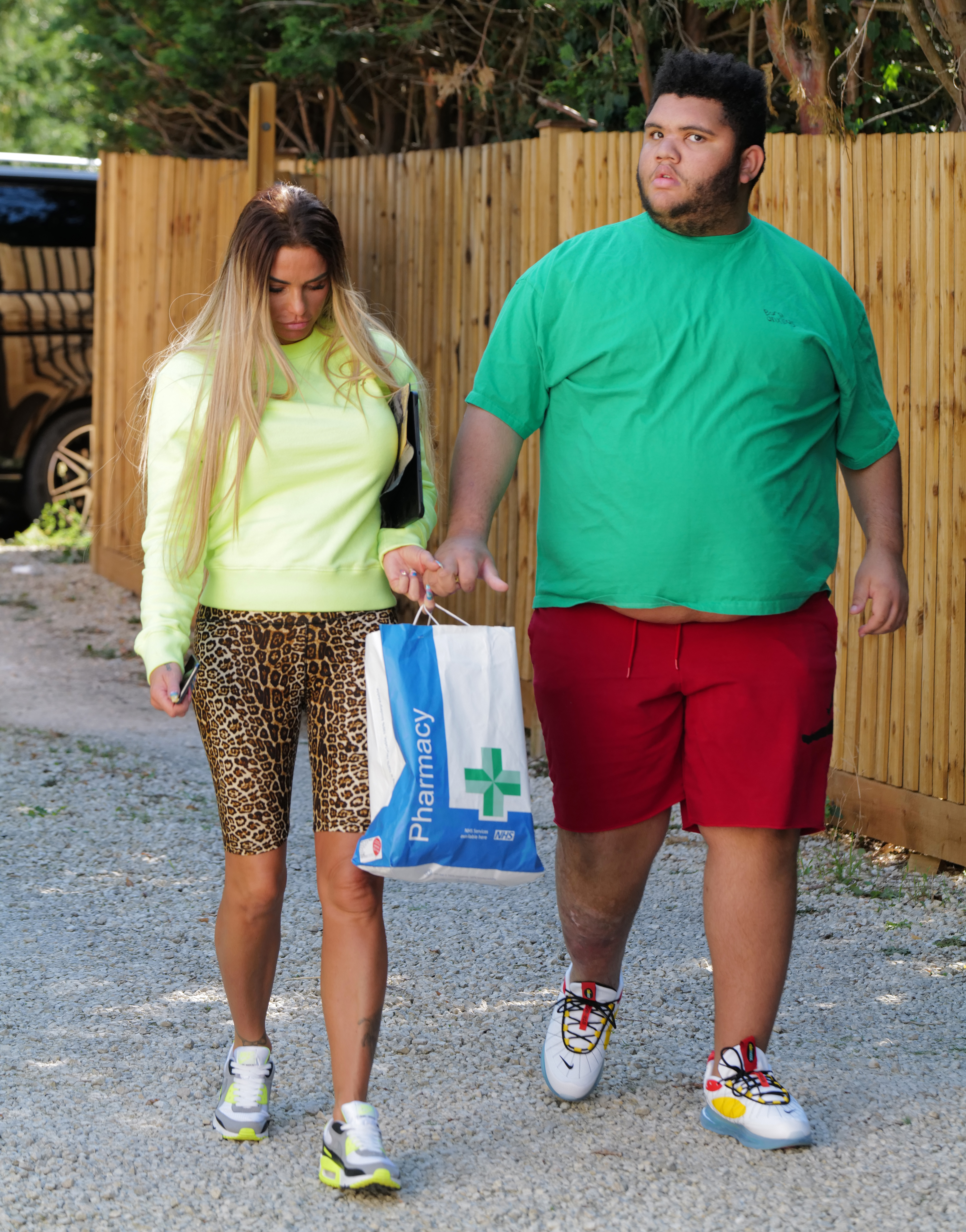 The mother-of-five was left devastated when her oldest child was rushed to hospital 10 days ago after he suffered breathing problems and his temperature shot to 42C.

He was admitted to intensive care due to the "complex" nature of his medical needs, and a friend previously told us that the worried mum was preparing for the worst.

They said: "Katie has been preparing herself for this moment all his life and she’s been told Harvey is in a perilous condition.

"She’s been here before, but this time it’s far more serious. 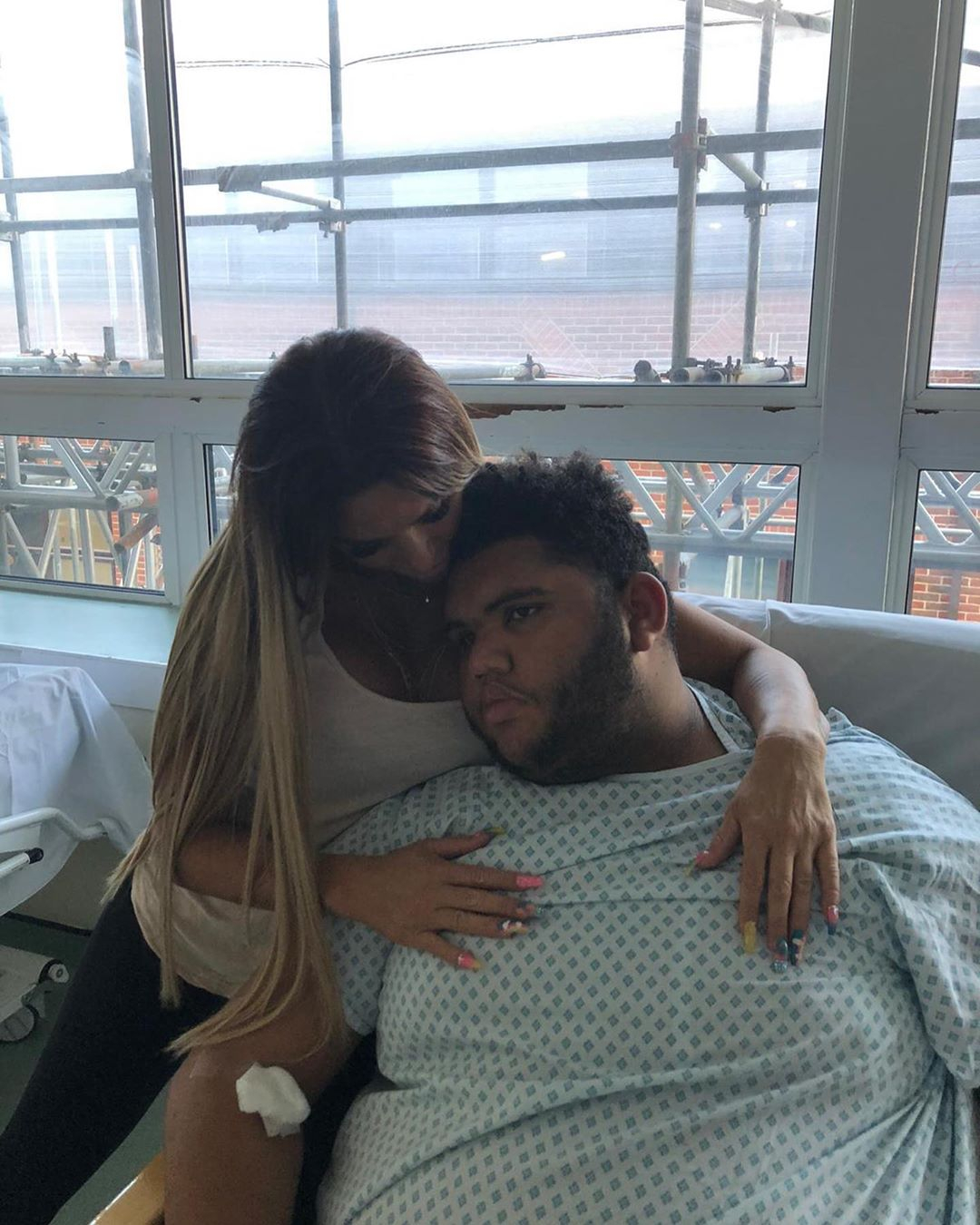 "She’s trying to be tough and strong, but inside she’s falling apart and feels helpless."

Thankfully, Harvey tested negatively for deadly coronavirus, and once he improved Katie shared photos from hospital as she updated fans.

The former glamour model also took two of Harvey's younger siblings, six-year-old Jett, and five-year-old Bunny to visit their big brother – with Bunny delighting Harvey as she sang him songs.

Harvey was born partially blind, autistic, and has Prader-Willi syndrome, and Katie previously heaped praise on the eight doctors who saved her son's life. 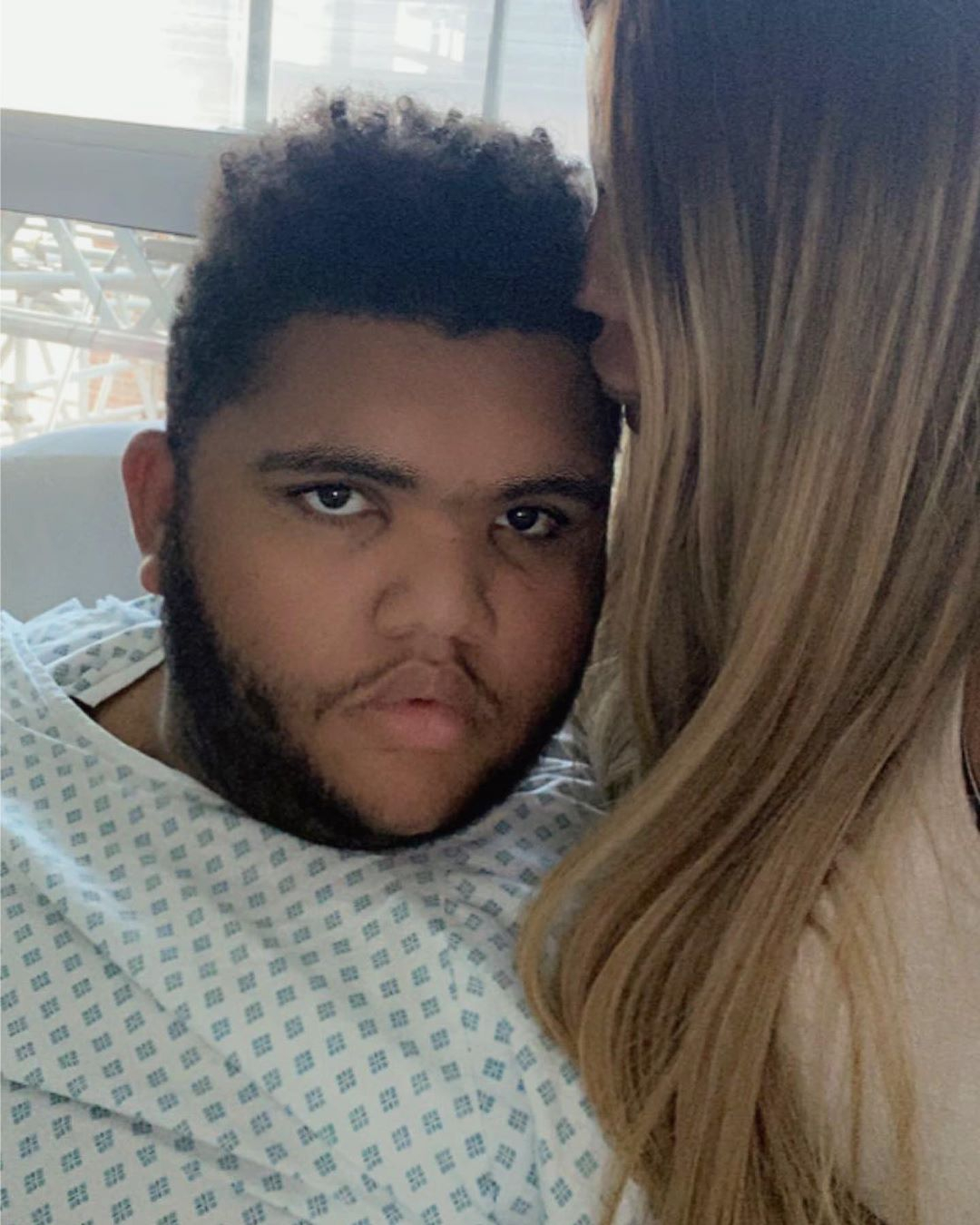 She told New magazine: "Normally when people are rushed to hospital they go to the emergency room, but Harvey went straight to the resuscitation room. Suddenly eight doctors were around him.

"Normally the parent isn't allowed in the room, but obviously you can't talk to Harvey like you'd talk to us, so I think they realised very quickly they needed me in there.

"The hospital staff have been amazing with him. They've found some things but until he comes out and it's all properly confirmed, I don't want to say anything."

Katie has been inundated with support from fans as well as her boyfriend Carl Woods, and ex-husbands Peter Andre and Kieran Hayler throughout this difficult time.

However, she slammed her ex-fiance Kris Boyson for publicly posting well-wishes to Harvey via Instagram without privately reaching out to the family.

She blasted Kris for using her sick son "to look good" in front of his followers, and also shared her fury at Harvey's estranged dad Dwight Yorke not getting in touch.