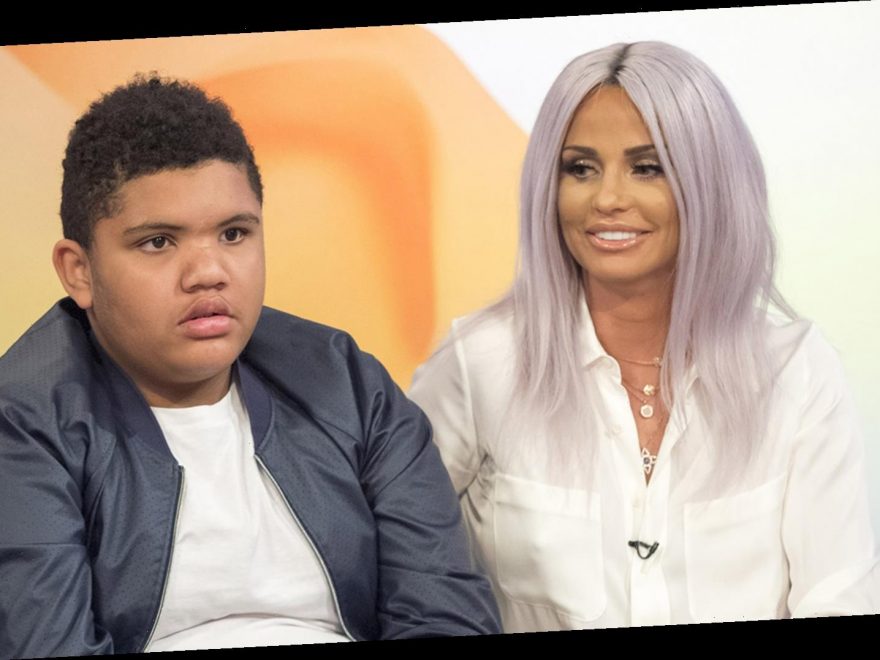 Katie Price says she has made the decision to place her son Harvey, 18, in full-time care.

Price, 42, said in an interview The Sun that Harvey will live in a residential college, which she hopes will teach him to be able to live a more independent life.

"It breaks my heart," she told The Sun. "I don't want him to think I'm just getting rid of him."

Price has raised her son, who has autism, largely as a single mother. Due to his autism, he can sometimes lash out unpredictably, especially if he hears loud noises, Price said.

"You hear about people with autism being arrested and when they're restrained they go mad and get sectioned," she told The Sun. "That's why I want to find the right college for him so if there's ever a case where he kicks off, I'm involved."

In a recent Instagram post, Price expressed pride in her son, saying he "overcomes mountains and obstacles every day that other people take for granted."

The TV star said she and Harvey have been looking at residential colleges for the past six months for children with autism and learning disabilities.

"It's so upsetting to think I won't see him every day, but this is the best thing for Harvey and we have to think positively because I don't want him to think I'm just getting rid of him," Price said. "This is his chance to live an independent life, learn skills and socialize with people other than me."

According to Price, Harvey will live there until he's 25 and will have his own space where he can learn to live on his own.

"I'm hoping he will make friends so he can socialize at the weekends, but if he has no plans, then he can come home whenever he wants," she told The Sun. "He's meant to start this September but with lockdown I don't know if he will."