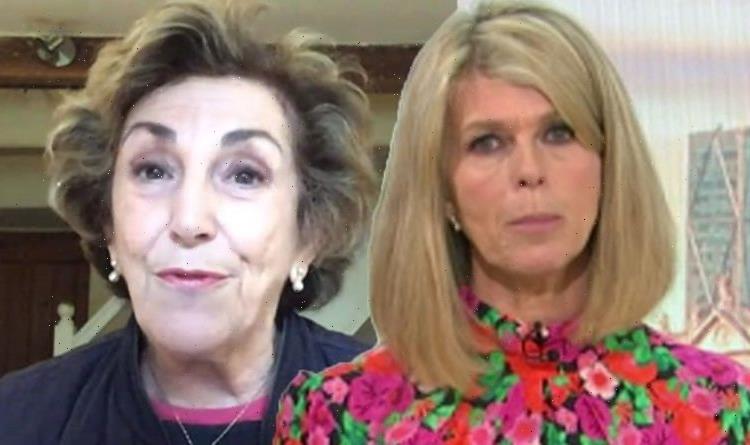 Good Morning Britain presenters Kate Garraway, 53, and Charlotte Hawkins, 46, welcomed Edwina Currie, Gabriela Brewer, Paul Charles, and Dr Amir Khan to debate the cost of PCR tests and whether it is worth forking out for a holiday abroad.  Kate suggested the cost of the tests were a way for the government to make extra money from people wanting to go on holiday and clashed with Edwina when she “made it personal”.

Commenting on complaints from travellers who wish to go abroad, Edwina stated they didn’t have to leave the country to enjoy a break and didn’t have to complete a PCR test to do so.

“Yes you do have a choice, you do not have to go on a foreign holiday,” she stated.

“Kate bring the kids up to the Peak District you’ll have a lovely time we’ll make you very very welcome.”

Kate interjected: “Actually as you’ve made it personal, it’s not necessarily about that but I’ve been trying to book a holiday in the UK and I’ve not been able to find something that’s suitable because I have particular needs and I can talk about that another time.

“But actually, your point doesn’t help the travel industry the whole point of this PCR test and getting things going is to encourage people to travel safely.”

Kate continued: “Why are we paying such extraordinary amounts for a test that on the face of it we know costs a matter of a few pounds?”

“The expense is partly because wages in this country are a hell of a lot higher than they are for example in Turkey and if you want to have a fast turnaround, you’re talking about paying people over time,” Edwina explained.

“We are very short of scientists and lab staff in this country, we’re also short of things like drivers for delivery and so on.

“So that’s why it’s very very expensive, you get what you pay for!” she exclaimed.

“If you want a quick turnaround test it is going to have to cost but governments do watch this very carefully and often, they come down like a tonne of bricks.”

Charlotte cut in to ask: “Do you think you will have to take action to cap some of the more expensive prices though because obviously, it’s a choice, people choose to go on holiday, they accept the fact at the moment that there has to be payment for a test as well.

“But for some of these prices, it does point for the fact that somewhere along the way a lot of money is being made out of this.”

Edwina replied: “No it doesn’t, I don’t think you can assume that at all, it’s a very expensive business during holiday times, during peak times to provide any kind of service and particularly a technical service like one that’s using laboratories.”

Charlotte went on to ask Dr Khan: “Why is it so crucial that we still have all this testing if the majority of people are double jabbed?”

“Well, the PCR tests are essential because many of them are sent off to another laboratory to do genome testing to check for variants coming in from abroad,” Dr Khan replied.

“I just want to go back to some of the points, I agree that ideally, we should holiday in this country because of the risk of variants coming in.

“But it is really expensive now to book a holiday in this country and it’s not accessible to everyone and for many working-class families a foreign holiday is an aspiration.”

Good Morning Britain viewers rushed to Twitter to defend Kate insisting it was just as expensive to stay in the UK.

One wrote: “Has she seen the prices being charged for holidays in the UK?”

Another added: “How has this woman got the nerve to question why Kate needs to go abroad please stop having her on the programme.”

“Do you have any idea how expensive it can be to do that Edwina? That a package holiday abroad can be cheaper?” a third user added.