KATE Garraway was left baffled by a blunder on Good Morning Britain today as a picture of a rhino interrupted American President Donald Trump blasting his rival candidate Joe Biden.

The presenter reassured viewers the gaffe wasn't a dig at President Trump. 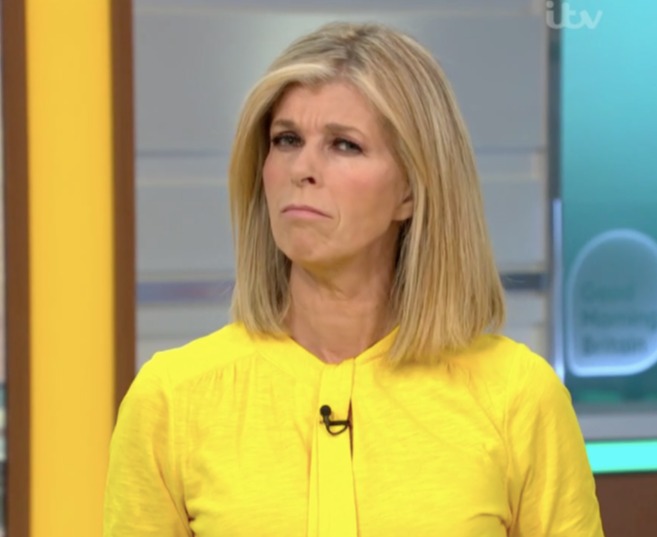 "Hmmm. I think that might be a picture of a rhino…", said Kate.

Her co-host Alex Beresford joked: "And not a picture of President Trump."

Viewers were watching a report on Democratic nominee Joe delivering the biggest speech of his political career.

As the GMB reporter read out Trump hitting back on Twitter, the screen changed to a photograph of a rhino. 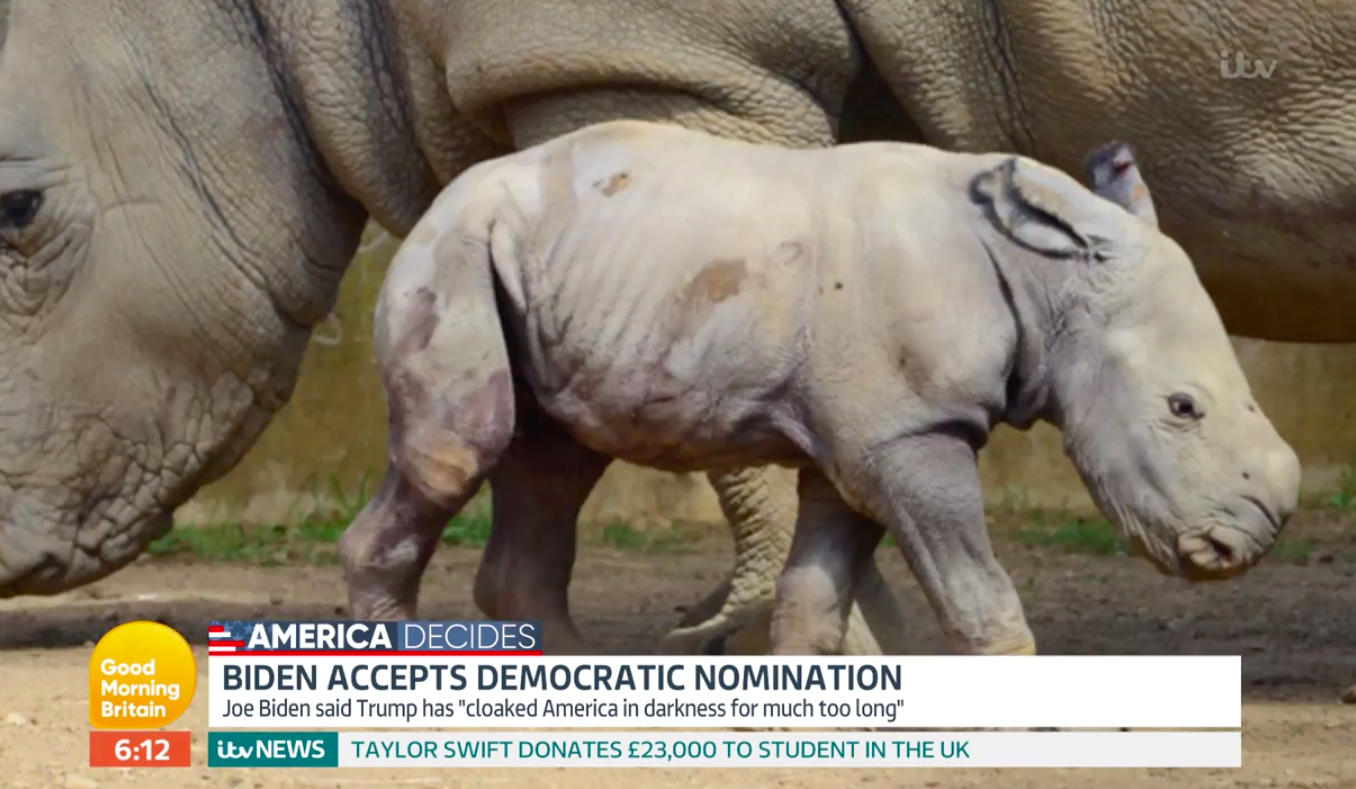 Kate added: "It looked like one of those clever things about damaging your political opponent, but it wasn't.

"It wasn't anything to do with Joe Biden's undermining of President Trump.

"We'll talk more about Joe Biden's speech and the implications of it later." 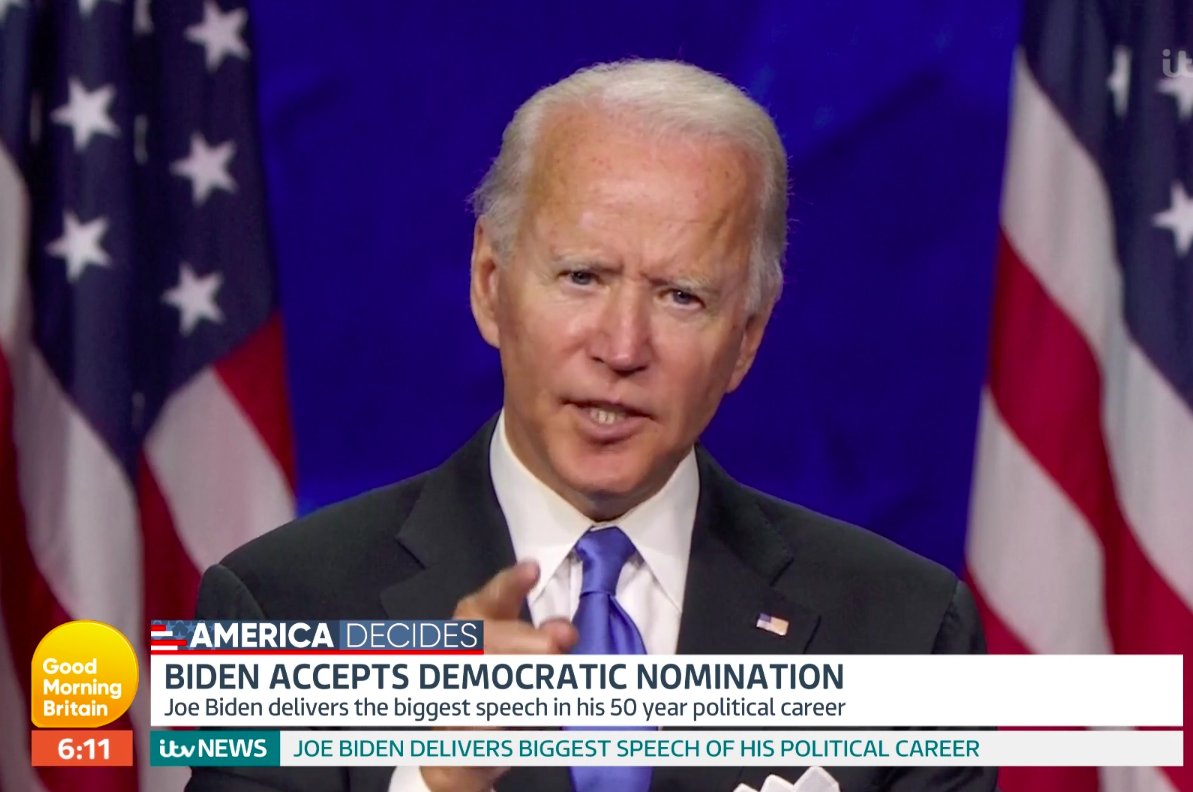 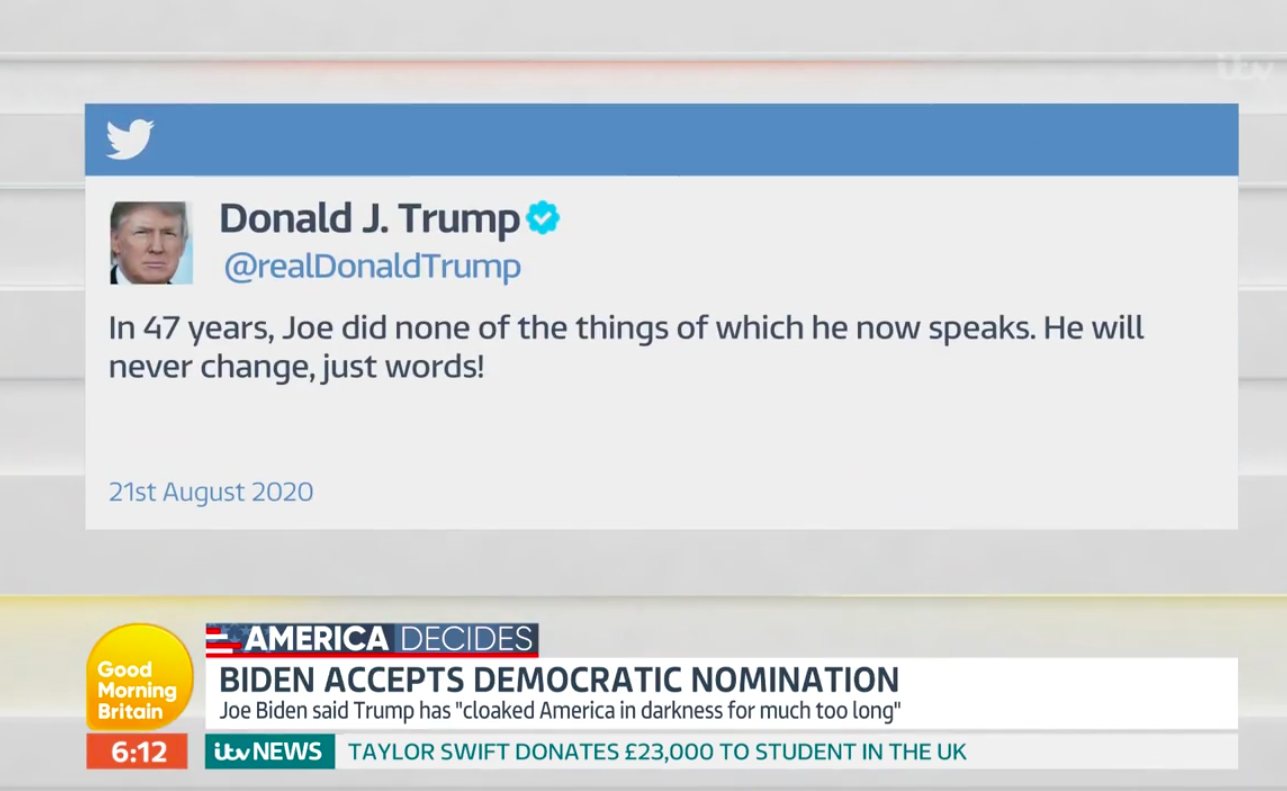 Weathergirl Laura Tobin was visiting Cotswold Wildlife Park this morning where she was petting baby rhinos.

Unfortunately the gallery got mixed up during a political segment.

Earlier in the show, Alex joked about it being "too early to slide in" after finally following back Love Island's Amy Hart on Instagram.

Amy had admitted having a massive crush on newly-divorced Alex – and Kate played matchmaker.