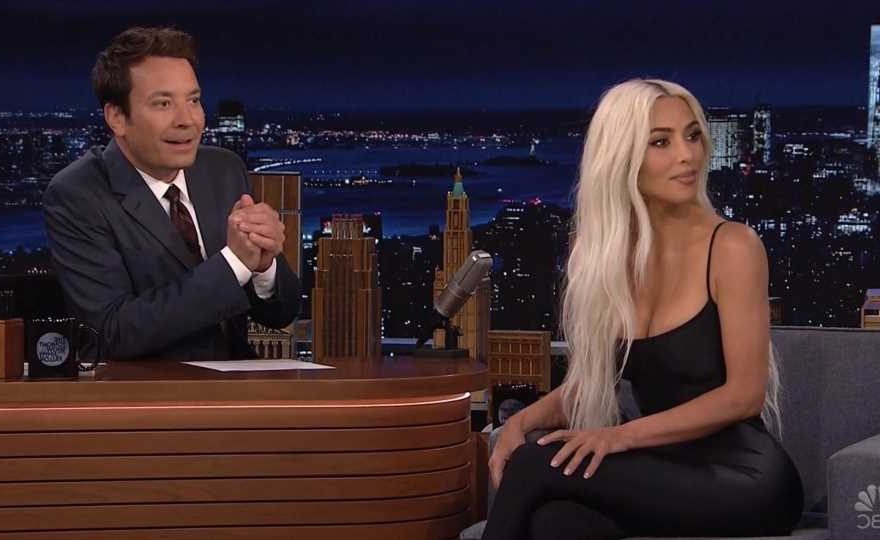 KIM Kardashian fans have been left in shock as two of her kids, Saint, 6, and Psalm, 3, barged in on her interview on Jimmy Fallon.

The reality TV star appeared on The Tonight Show with Jimmy Fallon on June 21 and had two unexpected guests. 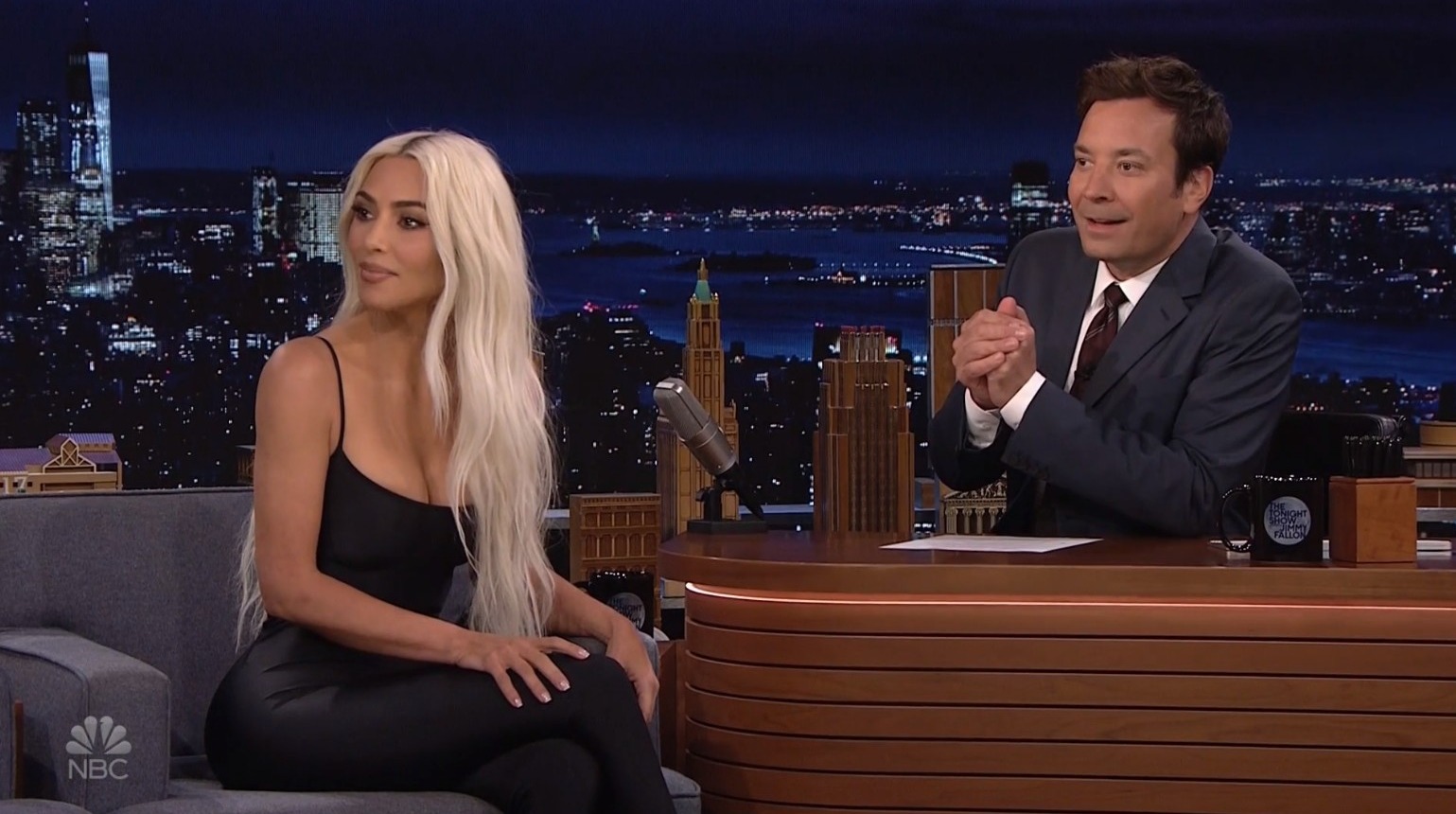 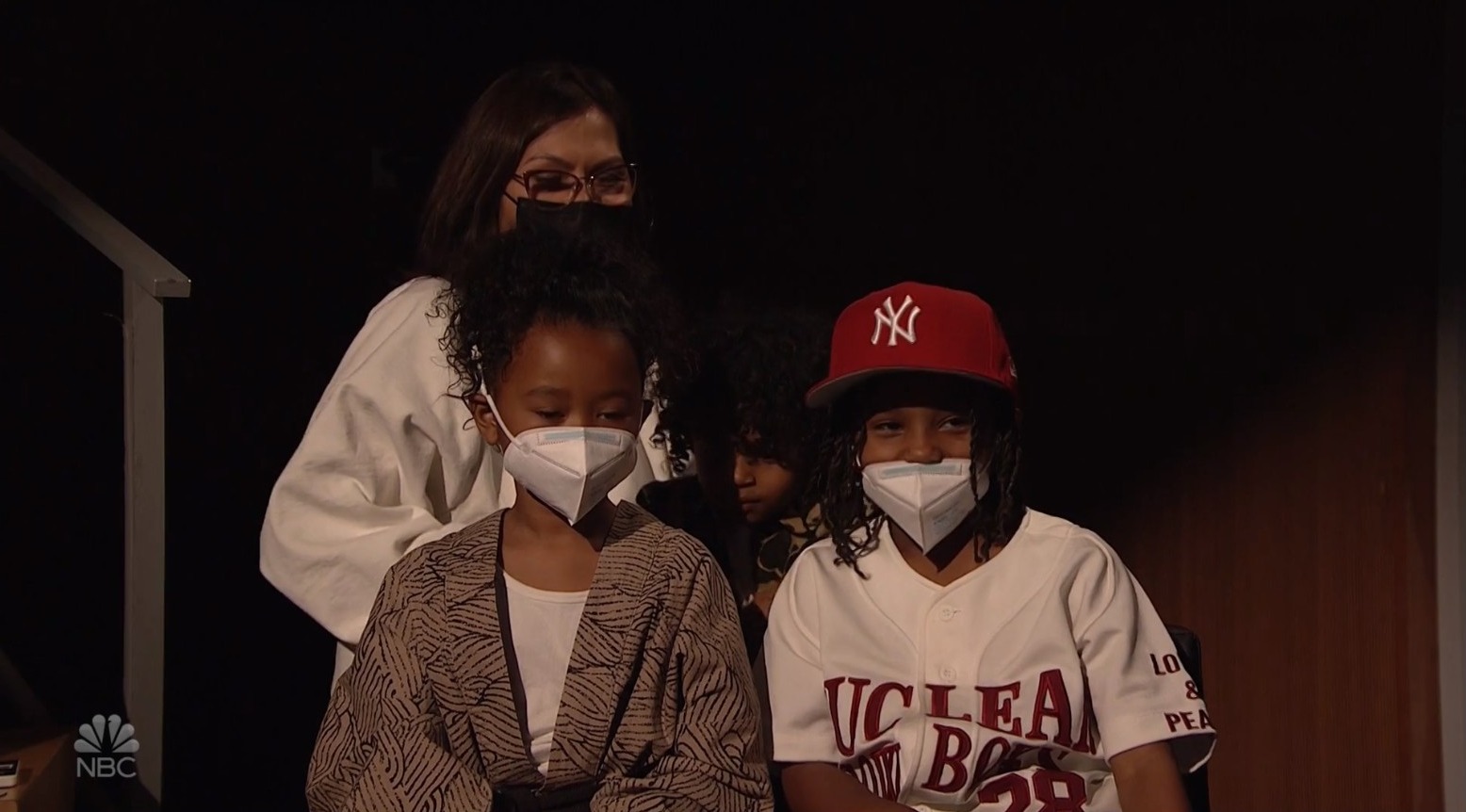 Kim made her return to The Tonight Show last night and they talked about many things- SNL, Pete Davidson, her kids, her SKKN line, and more.

Jimmy welcomed her back and said this was her first time on the show after hosting Saturday Night Live.

As an alum himself, he had to talk about it.

Kim said that it was a fun time, but admitted she had no idea who had been on it in the past, including Jimmy and Will Ferrell, but her boyfriend, Pete, brought her up to speed. 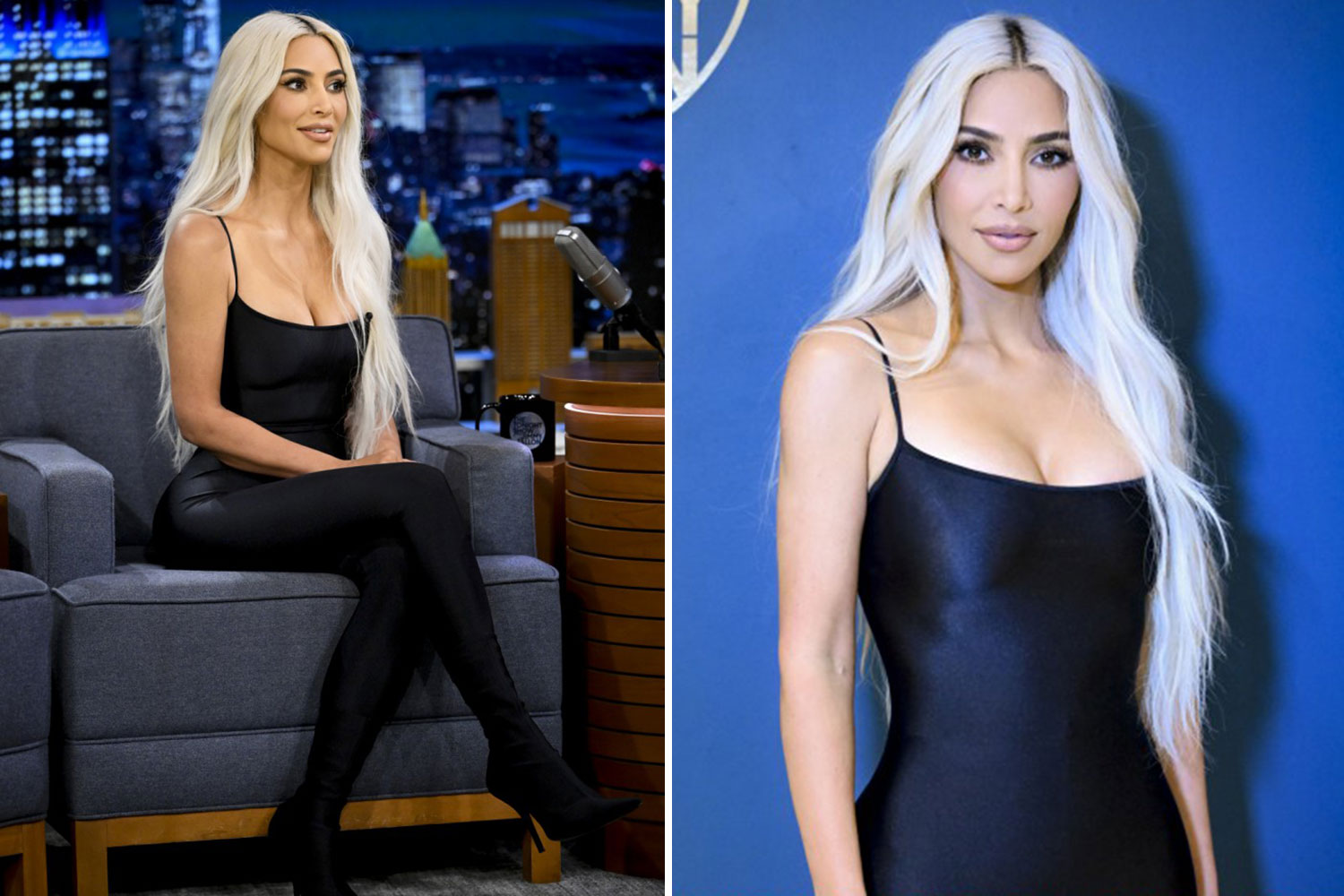 The 41-year-old was barely able to get deep into her interview without her kids interrupting.

As she told the talk show host that she had been "schooled," her kids started to shout something from the sidelines.

Kim stopped her interview and went into full-on "mom-mode" to correct them.

Saint and Psalm were sitting in the audience, along with Kim's friend, Tracy, and her daughter, Remi.

Jimmy looked over to the side and said, "I'm hearing kids," which made the reality TV star's head turn around.

"Guys. Guys. Can you stop?" Kim politely asked her children.

The audience laughed and she went on, "This is like your first time at work with me. Can you please?"

Jimmy looked like he didn't know what to do, but said, "Your kids are right there."

When the camera showed them sitting there, everyone cheered.

The Tonight Show host said hi to them and welcomed the kids to the show.

"My two boys are here and I hear them making so much noise," Kim said as her sons chuckled.

"Guys, this is your first time at work with me. Don't mess this up. Come on," she continued, and Jimmy cracked up laughing.

As Jimmy transitioned into talking about her daughter, North turning 9, the kids continued to act up.

Kim turned around again and gave them a look.

Jimmy told them they could go backstage if they didn't want to be out there and Tracy took Psalm backstage for the rest of the interview.

Later on in the interview, they showed a clip of her kids singing and they seemed to behave during the rest of the interview.

A Kardashian account on Tiktok reposted the parts of the interview that involved her kids and fans were living for it.

"LMAO. They are so cute," the original poster captioned the video, along with a laughing emoji.

"Saint looks so grown. He looks so cute," said another.

Other fans were mocking her and saying that her sitting down to talk was "not work."

Although most fans thought the interaction was cute and that they were just kids being kids, others were mom-shaming her for it.

One fan scolded the mom-of-four simply saying that it was "past their bedtime."

"She can afford a babysitter? Why is she bringing her kids to a late-night show only to reprimand on national TV?" asked another watcher.

Although Kim was mostly praised for how cute her kids were during the show, fans had a problem with what happened beforehand.

On the way to the show, she went live on Instagram with her two sons.

As they drove into the studios, Kim turned on her Live and encouraged her sons to get into the frame.

It appeared that the car was moving, but Saint wasn't in a booster seat and neither was Psalm.

The young kids threw themselves around the car, jostling to get into the camera and throwing their arms around each other and their mom.

Saint shouted, "Hi weirdos!" at the camera, before adding, "If you're watching this, I hate you."

Kim struggled to discipline her kids, with both of them yelling over each other.

Fans on Reddit reposted the video and they slammed her for not making her kids wear seat belts.

"This is so irresponsible. Why is she letting her kids fling themselves around in the car???" said one fan.

"Cool so we just not caring about seat belts anymore," wrote one fan on Instagram. 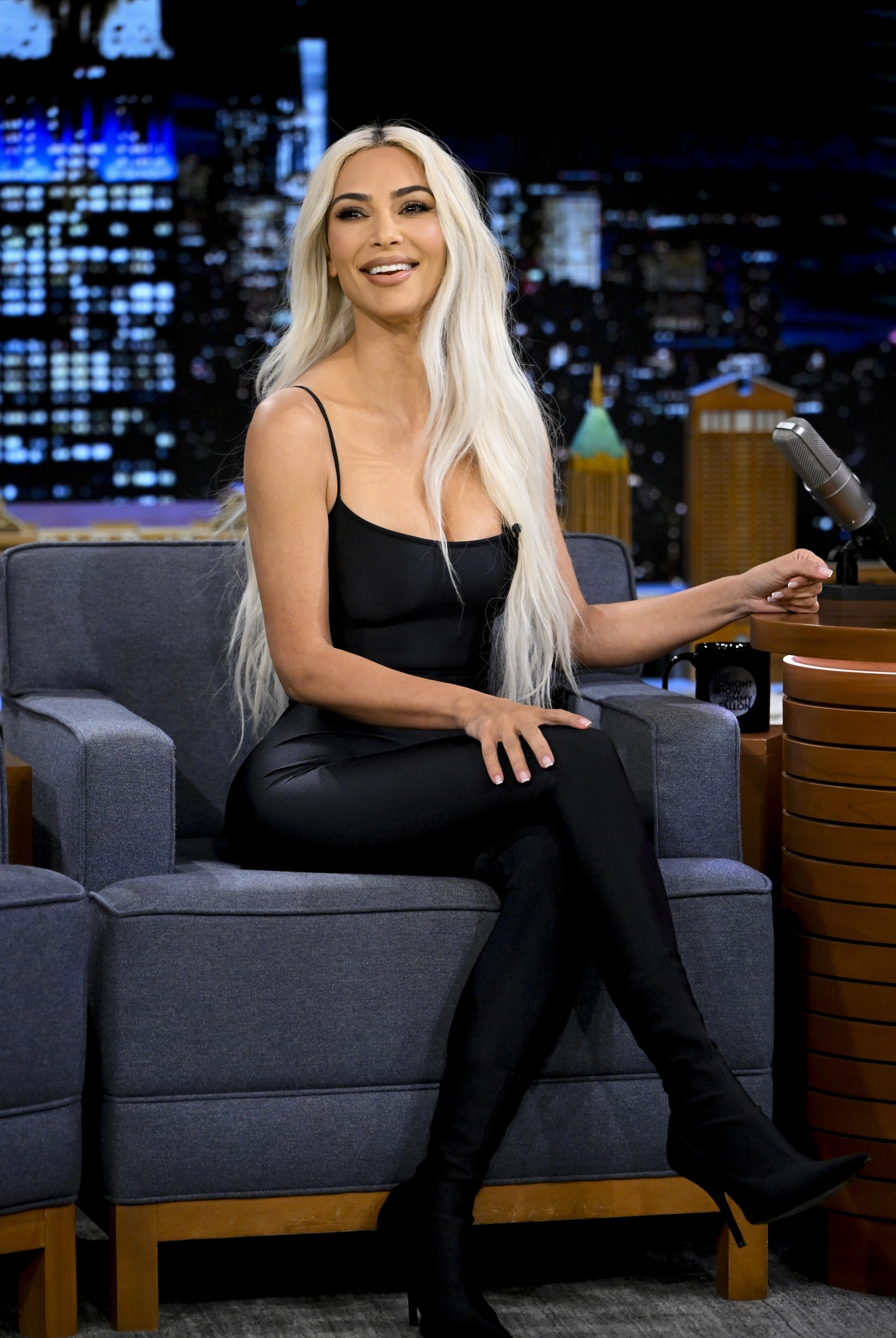 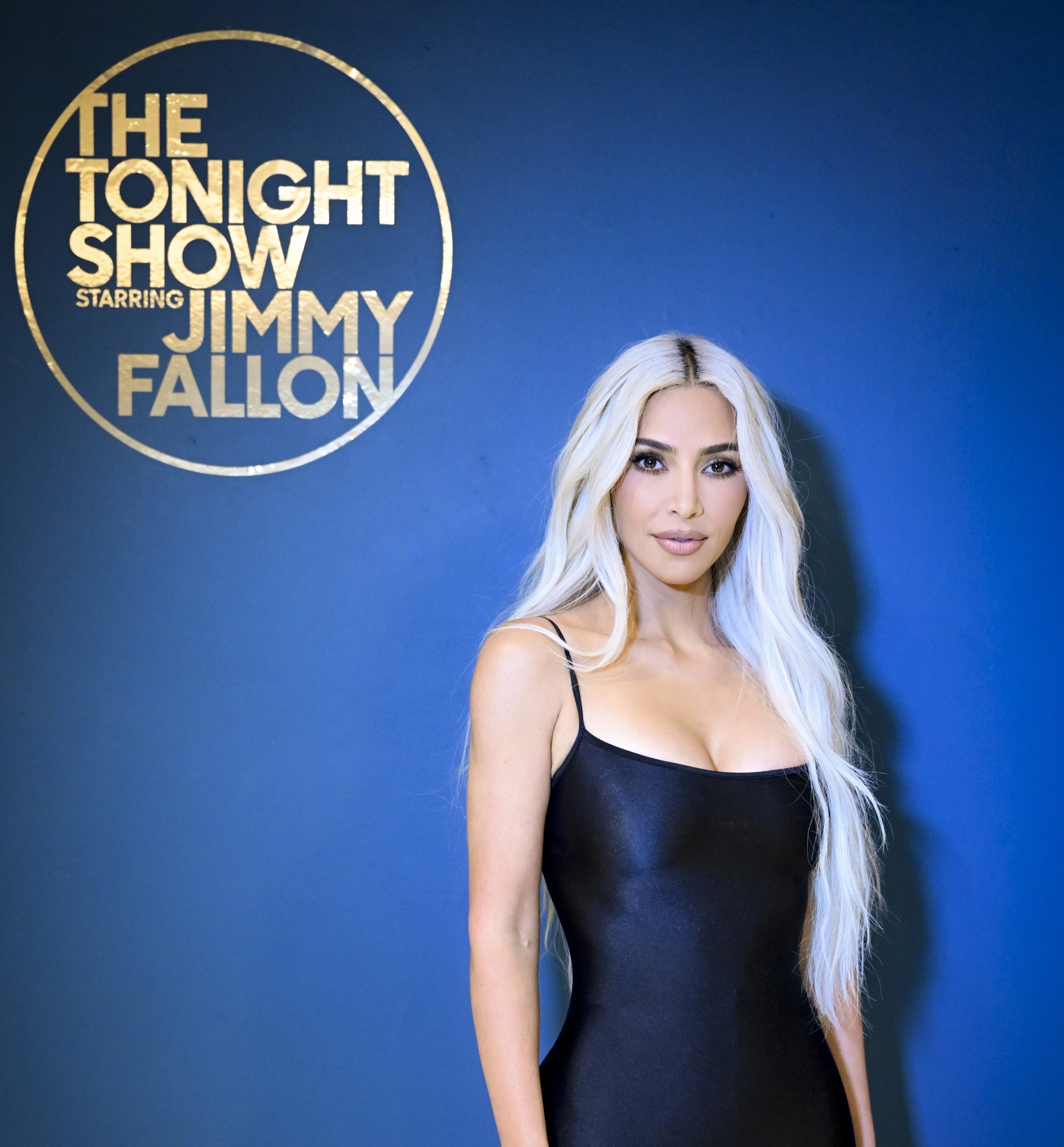 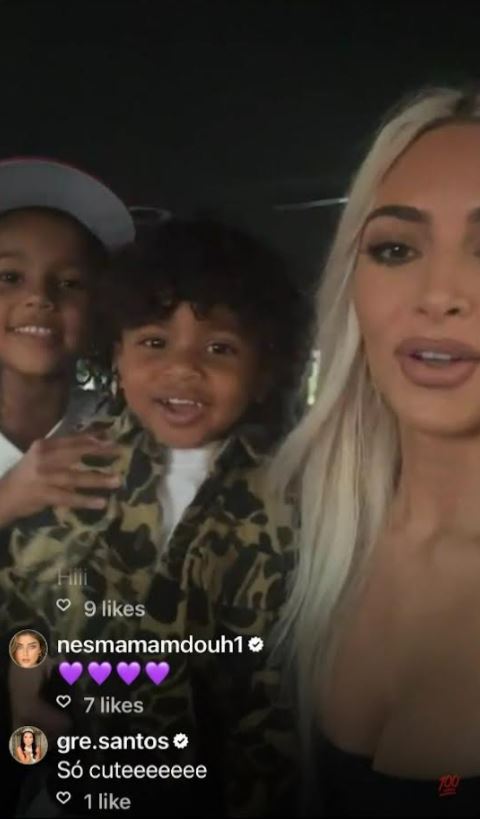