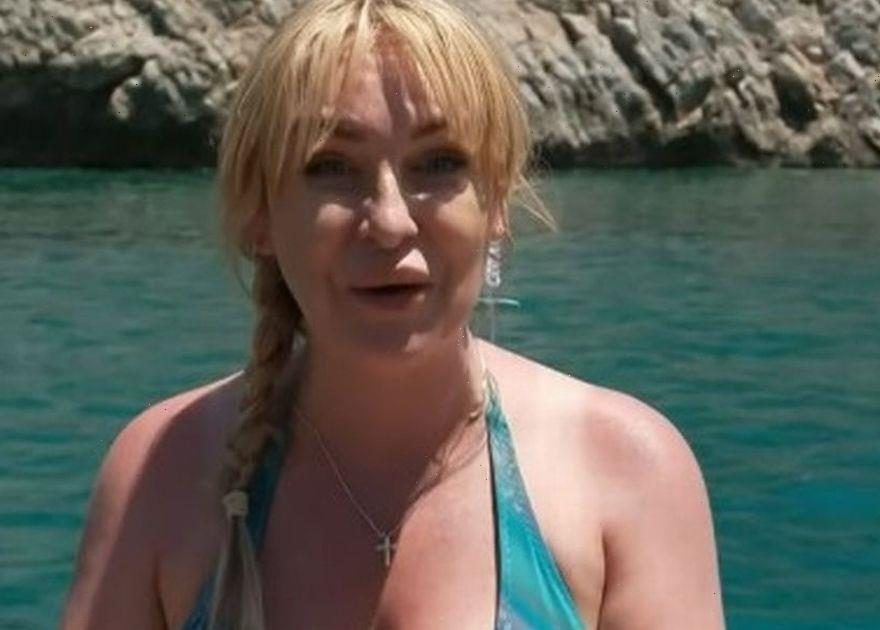 Josie Gibson was spotted soaking up the Greek sunshine this week as she presented a segment on This Morning live from Crete.

Stripping down to a stunning turquoise bikini for Tuesday's show, the Big Brother winner, 37, wowed audiences at home as she unveiled the details of the latest competition prize up for grabs.

The aquatic hued two piece, which featured a low plunging neckline and halter neck top, appeared to be perfect for cooling off in the sea that could be seen in the backdrop of the segment.

Poised with a drink in hand, the presenter could be seen chatting away animatedly to hosts Alison Hammond and Dermot O’Leary as she got through the segment with her trademark sense of humour and charm.

However if that wasn’t enough, the daredevil presenter was challenged to a dare live on air by Alison and Demot, as they asked her to jump into the waters surrounding her as she made the broadcast from aboard a boat in the middle of the sea.

Not one to back down from a challenge, Josie grinned as she obliged with the dare.

Preparing for the jump, she said: ”Right, I'm going to take my ears off and I'm going to join Paris for a little swim because I'm on the island of Crete and it would be rude not to."

Josie then took the plunge, adding: "Here are the details!”

It’s not the first time that Josie has been challenged live on air to take part in a stunt, as she stunned viewers live on-air back in May by abseiling down the iconic Television Centre in London dressed as Spider-Man.

The presenter, who joined This Morning in 2019, had been reporting on a special 20th anniversary Spider-Man featurette that marked 20 years of his role in the Marvel Cinematic Universe.

In scenes that were widely praised by fans, Holly Willoughby and Phillip Schofield could be seen cheering her on and offering words of encouragement as they twisted her arm into taking part in the stunt – despite her having a fear of heights.

"My spider senses are telling me maybe this is a bad idea!” she nervously quipped during the show.

“If you like action movies then you wanna tune in to this, because this is the real action here.”

Even despite her fears, Josie completed the challenge much to the delight of her co-presenters and viewers at home.

Concluding her segment, Josie beamed with pride at her accomplishment as she said: “Celebrating 20 years of Spider-Man films, and don’t we just love it. I don’t know how to get out of the harness but I’m so glad I did that.”