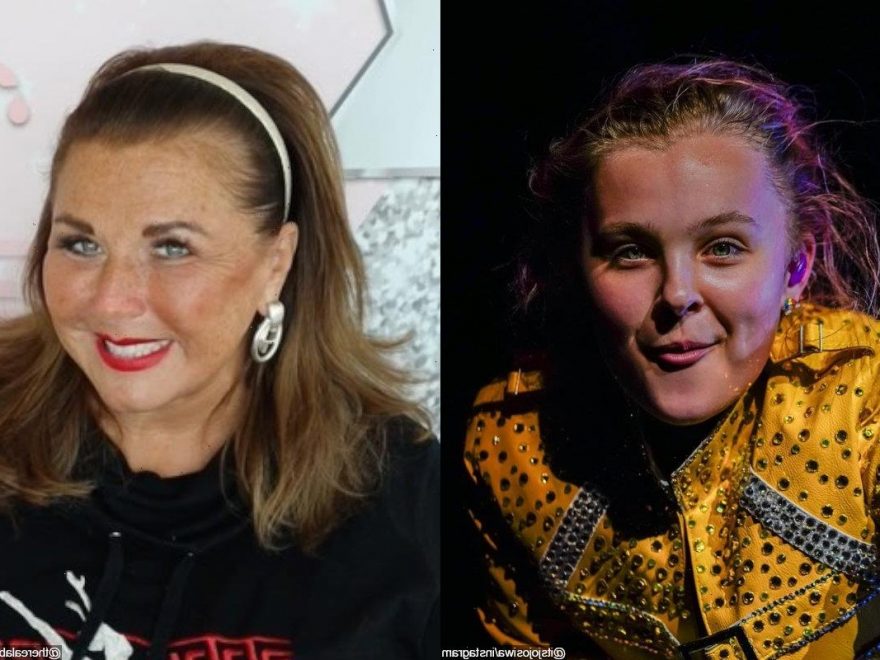 Despite the apparent shade, the ‘Dance Moms’ instructor shows support for the 18-year-old YouTube sensation after she drops a trailer of her upcoming movie.

AceShowbiz -Is JoJo Siwa shading Abby Lee Miller with “The J Team“? The YouTube sensation is rumored to have taken a low-key dig at her former “Dance Moms” co-star after her new movie features a villain that pretty much portrays the latter.

The movie’s trailer, which was dropped on Tuesday, July 27, sees the 18-year-old looking unpleasant after she is introduced to a new dance instructor (Tisha Campbell). “Cheer up this is gonna be fun – as long as you follow my rules,” Tisha’s character shouts.

Since then, JoJo feels pressured for being unable to express herself as she is told to get rid of her signature ponytails and bows. After having a hard time adapting with the new instructor, she gets kicked out from ‘The A Team’, the same name Abby used for her team on “Dance Moms”.

Despite the firing, JoJo manages to bounce back by making her own group, ‘The J Team’, where she no longer hides her true self. “Are you sad that you’re not with the A Team anymore?” Tisha’s character asks her, to which JoJo’s friend hits back, “No – ’cause now she’s on the J Team!”

JoJo’s fans believe that she was exposing Abby with her new movie. One person in particular tweeted, “Nickelodeon using JoJo Siwa to throw Dance Moms shade & expose Abby Lee Miller in The J Team is what I love to see! I love that they casted someone that looks & acts exactly like Abby Lee Miller! Also the competition looks exactly like a ‘Dance Moms’ competition! All tea all shade!”

Despite the apparent jab, Abby still showed support for JoJo on Instagram and even claimed that her mother reached out to her to take part in the project. “I Cannot wait to see this! Your mom @jessalynnsiwa called me about playing the role of the ‘dance competition judge’! I wish I could’ve traveled to Canada to shoot this with you… it would’ve been such an honor… another project we had captured on film together – forever!” she commented.

“The J Team” will premiere on September 3 exclusively on Nickelodeon.