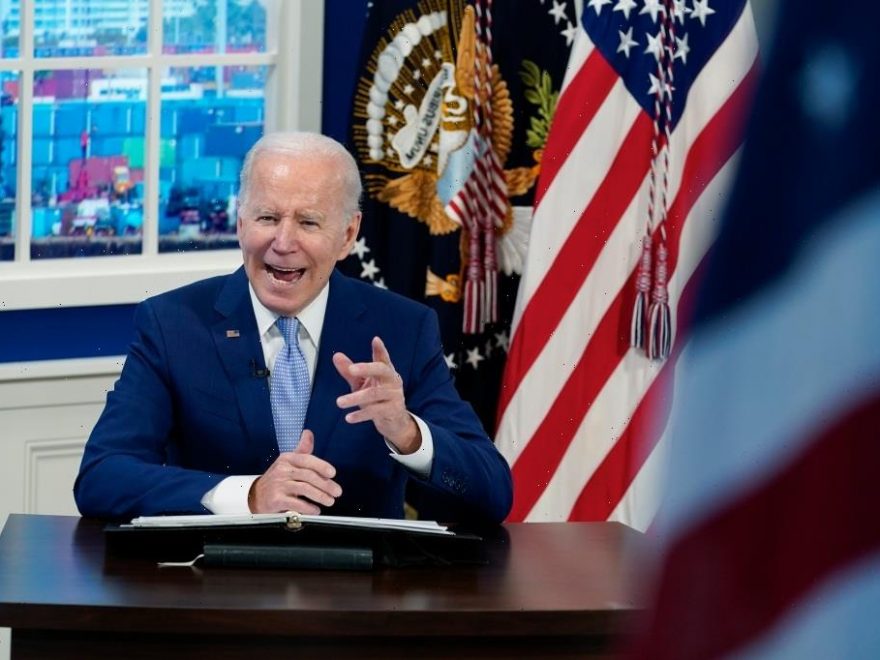 In an interview with ABC News, President Joe Biden repeated previous plans to run for re-election in 2024 — especially the race ended up a rematch against his 2020 opponent, Donald Trump.

Asked by World News Tonight anchor David Muir during an exclusive sit-down in the White House about whether he will seek re-election, the 79-year-old Biden answered, “Yes.” He elaborated, with a slight hedge: “I’m a great respecter of fate. Fate has intervened in my life many, many times. If I’m in the health I’m in now, in good health, then in fact I would run again.”

Some supporters have called on Biden, the oldest U.S. president ever to be sworn in, to step aside after a single term in order to make way for the next generation of Democrats.

When Muir asked Biden if he would run even if it meant squaring off against Trump, the president broke into a wide smile. “You’re trying to tempt me now,” he said. “Why wouldn’t I run against Donald Trump as the nominee? That would increase the prospect of running.”

Asked a number of questions about his administration’s response to Covid, particularly the sudden onslaught of the Omicron variant, Biden mixed spin with hard truths. He acknowledged he could have done better and fell back on many of the vaccine messages of his address yesterday.

He conceded that while a half-billion rapid test kits are on the way to empty store shelves and test sites where lines stretch for blocks, he did “wish he had thought about ordering sooner.” It isn’t ideal to be in a position of “chasing Omicron” as opposed to getting in front of it, he said, but the variant has only been a concrete threat in recent weeks.

Rapid tests should “start going out by the beginning of January, because they’re being produced now,” the president predicted. Yesterday, he outlined plans for a government website and lower-priced test kits.

Asked by Muir about several inauspicious virus trends, Biden responded bluntly that “nothing’s been good enough” in terms of the government response. He argued, though, that things have improved dramatically since Christmas 2020, when the vaccine had barely entered circulation and emergency rooms were filled. “Nobody saw it coming. Nobody in the whole world,” he said. Today, about 200 million Americans are fully vaccinated.

When Muir pressed the point that scientists and doctors have made about the inevitability of more variants after Omicron, Biden replied, “There could be other variants that come along. But what do you plan for? … The most likely threat that exists at the time.”

The ABC anchor also asked if Biden had ever thought of requiring vaccination for air travel in the U.S., as is the policy in other countries. “It’s been considered,” he said. “But the recommendation I have gotten is that it’s unnecessary.”