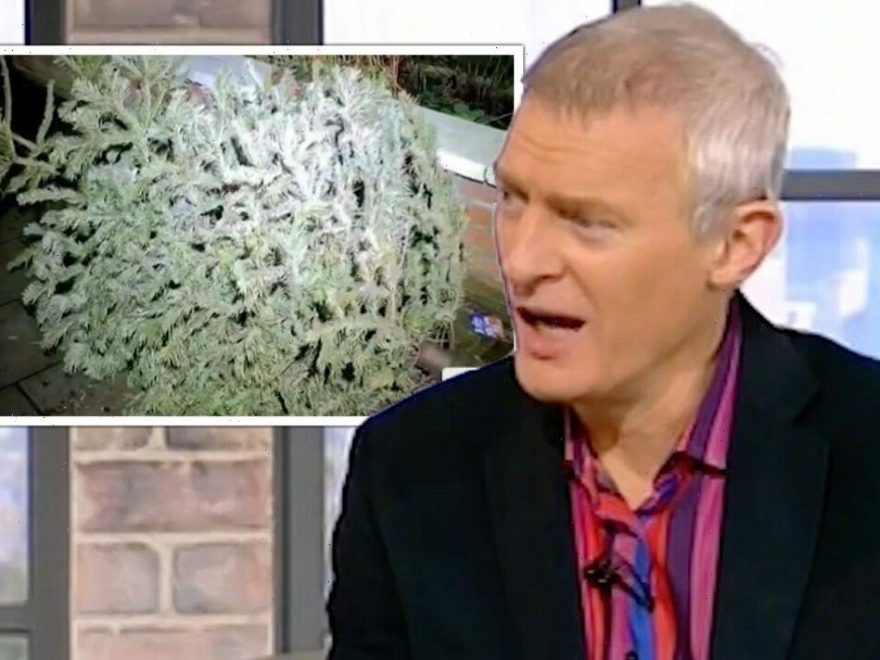 It’s almost a month since Christmas Day and Jeremy Vine shared his disappointment to see Christmas trees littering the streets of London as many households take down their decorations. The host was seen in a video complaining about how many trees had been left for refuse workers to collect.

As Jeremy filmed himself walking along a street with Christmas trees left outside of houses, he stated: “How long do they take to grow these trees?

“Aw! And now they’re waste, ready for the bin operatives.”

Back in the studio, Jeremy was asked: “Were you coming back from your clubbing night?”

Jeremy hit back: “No, I was just, don’t you find yourself upset by this?”

His co-host Storm Huntley replied: “Oh it’s the death of Christmas, the trees hanging around outside.

“I’ve got an artificial one so I don’t need to get rid of it in that way but even taking the ornaments down is sad.”

“It’s not that,” Jeremy replied. “They took seven years to grow and we’ve been using them for two weeks.”

Guest panellist Wilfred Emmanuel-Jones pointed out: “Farmers make a lot of money from Christmas trees. Don’t get them upset.”

Jeremy relented: “Alright but there was a story in the papers two weeks ago that we should start eating them.

“That’s how bad, that’s the state of this country right now. You can eat the needles.”

It comes after chefs have urged people to eat their trees as they are “healthy”.

René Redzepi, who works in three-Michelin-starred restaurant Noma in Copenhagen, uses the needles in dishes.

“Think of it as rosemary – you can use it in just about anything,” he explained.

Julia Georgallis, a baker and author of How to Eat Your Christmas Tree, added to Daily Star: “You can pretty much eat the whole thing.

“You can use the needles as you would use rosemary or bay leaves, for flavour.”

In fact, Julia believes trees shouldn’t even be cut down for decoration in homes.

“I don’t know why – in a climate crisis, when trees are our best armoury – we’re cutting down thousands a year to keep hostage in our houses,” she said.

Needles from fir trees have been used to pickle eggs and vegetables as well as being used for drinks and cocktails.

Jeremy Vine airs weekdays on Channel 5 from 9.25am.