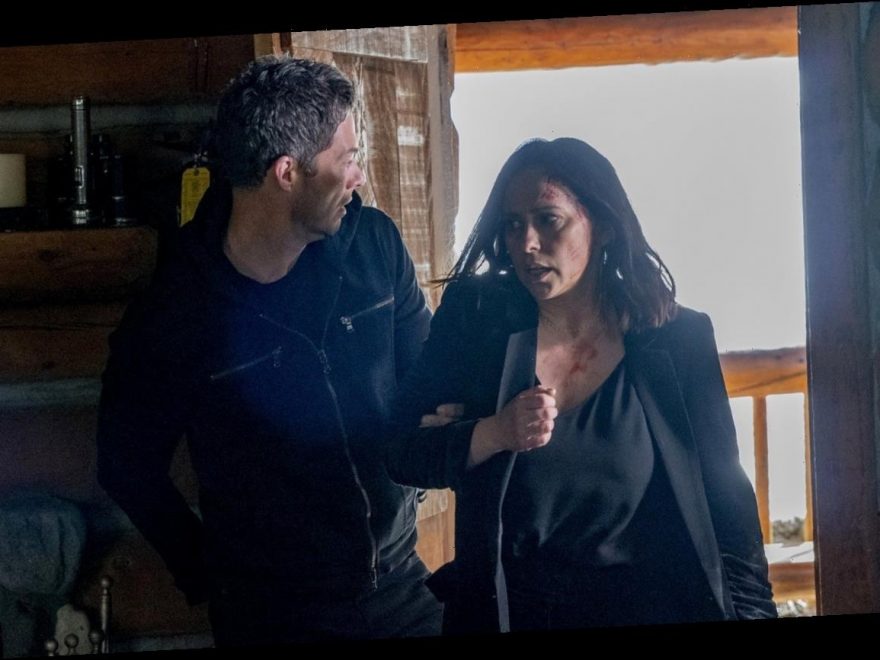 Having met and fell in love with Brian Hallisay on the set of ‘The Client List’, the Maddie Buckley Kendall depicter in Ryan Murphy’s emergency services drama talks about reuniting with him onscreen.

AceShowbiz -Actress Jennifer Love Hewitt reveled in the opportunity to kill off her real-life husband Brian Hallisay in her U.S. drama series “9-1-1“.

The stars, who met and fell in love on the set of “The Client List“, reunited onscreen in Ryan Murphy’s emergency services drama for its third series, and although Jennifer felt lucky to share her “scary scenes” with Brian, she also had a ball killing him off on TV.

“He plays a really bad guy in 9-1-1 but it was lots of fun for us,” she told America’s “The Drew Barrymore Show“. “We had a great time getting to do it, but it was nice for us because we had to do some really scary scenes and we obviously trust each other so much that it made it really nice that it was him. I actually got to murder him, which is kind of crazy! And no therapy!”

Elsewhere in the interview, Hewitt opened up about the time she got drunk with Betty White. “One of the only times that I’ve been like super drunk was with Betty in public and she veered off into a bush and I thought, ‘Oh my gosh I’m going to kill the national treasure Betty White’, ” she confessed to host Drew Barrymore.

Spilling on what the veteran comedienne enjoyed, the 42-year-old actress noted, “Pizza and vodka are her favorites, she also loves hot dogs and she cheats at Scrabble horribly, but she’s Betty White so you just let her win.” She added, “And then [White] loves to end her nights with you by eating gummy bears. She’s everything you want her to be, she’s the best and I just love her to pieces.”