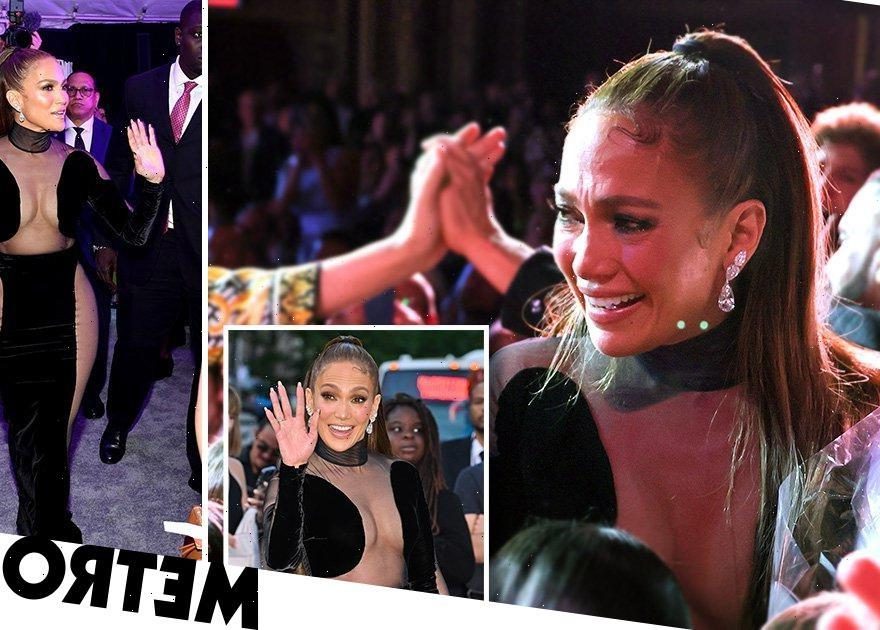 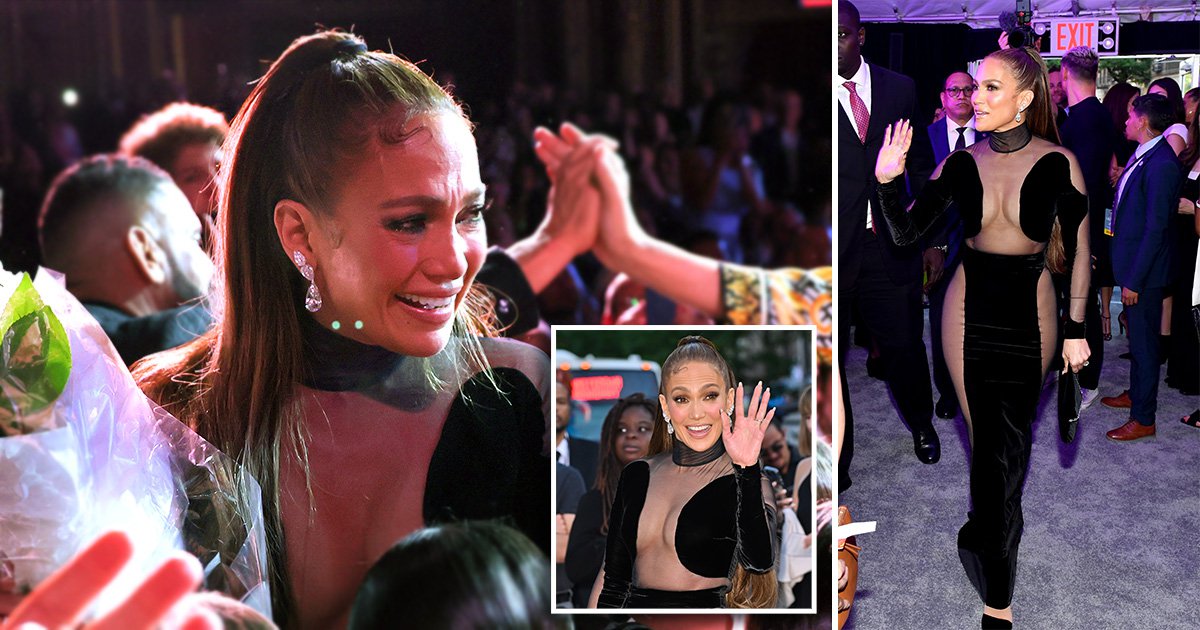 Jennifer Lopez stunned in a sheer black gown which left little to the imagination at the premiere of her Halftime Documentary during the Tribeca Film Festival on Wednesday night.

The documentary reminisces on her ‘multifaceted career and the pressure of life in the spotlight,’ according to the feature-length film’s synopsis.

Arriving at the premiere, the 52-year-old donned the daring black gown with a high neck and sheer panels across her chest and hips, showing off her incredible figure.

Posing with a hand on her hip, J-Lo looked radiant with her drop diamond earrings and her hair tied back in a sophisticated ponytail.

Of course, attention was drawn towards the bride-to-be’s 8.5-carat green diamond engagement ring, given to her by Ben Affleck earlier this year.

At one point, J-Lo was seen surrounded by gushing young fans as she looked emotional and hugged them, before picking one up as she smiled from ear-to-ear.

Later in the evening, the mum-of-two swapped to a sophisticated white suit for the after-party.

The singer had revealed her happy engagement news in April, sharing with fans exactly how the special moment went down.

J-Lo sent her fans a video message in which she revealed that Ben, 49, popped the question in a low-key fashion while she was in a bubble bath.

She revealed: ‘Did you ever imagine your biggest dream could come true? Saturday night while at my favourite place on earth (in the bubble bath), my beautiful love got on one knee and proposed.

‘I was taken totally off guard and just looked in his eyes smiling and crying at the same time trying hard to get my head around the fact that after 20 years this was happening all over again, I was quite literally speechless and he said, “Is that a yes?” I said YES of course that’s a YES.’

She added added: ‘I was smiling so big and tears were coming down my face, feeling so incredibly happy and whole.

‘It was nothing fancy at all, but it was the most romantic thing I could’ve ever imagined… just a quiet Saturday night at home, two people promising to always be there for each other.

‘Two very lucky people. Who got a second chance at true love.’

The pair previously got engaged in 2002 but ended their relationship in 2004, before getting back together in April 2021 and engaged a year later.

Ben features in the trailer for J-Lo’s Halftime Documentary, where he is seen addressing the media backlash around his fiancé, as he says: ‘And I said to her once, “Doesn’t this bother you?” And she said, “I expected this.”‘

In one scene from the clip, the singer is seen in tears reacting to being snubbed for an Oscars nomination for her role in Hustlers, while elsewhere she responds to being asked: ‘How do you feel about your butt?

Elsewhere in the trailer, the Get Right singer is heard emotionally revealing: ‘It was hard. I just had a very low self esteem.

‘I had to really figure out who I was, and believe in that and not believe in anything else,’ J-Lo says.

Later, she adds: ‘I do this to connect with people and make them feel things. I want something real!’

Halftime premieres on Netflix on June 14.