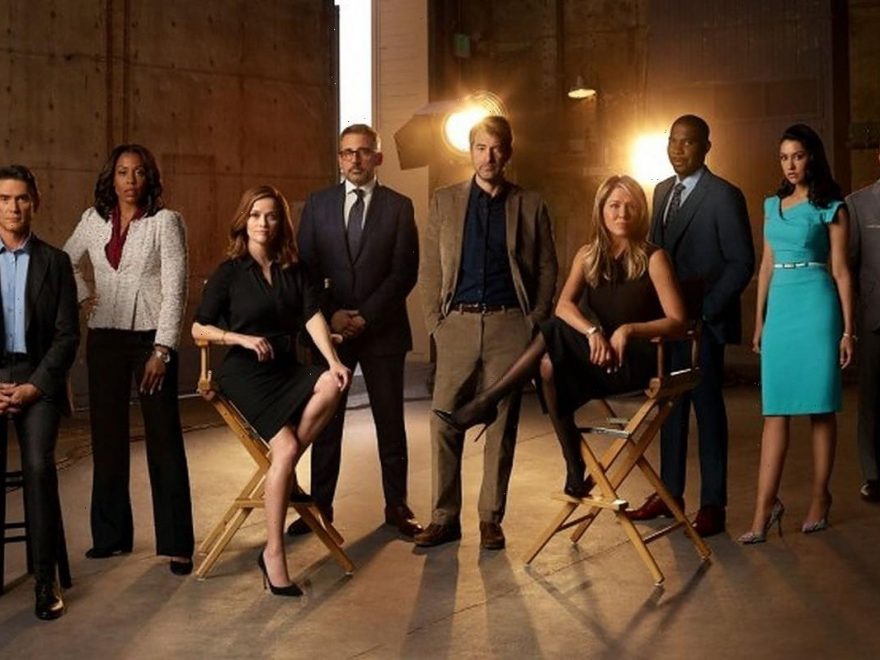 The Alex Levy depicter finds it ‘quite shocking’ as a major character closely tied to her character on the critically-acclaimed television show has met his demise.

AceShowbiz -“The Morning Show” star Jennifer Aniston is still stunned about the death of a character on the programme – which will be revealed on Friday’s (05Nov21) episode.

The hit series, which is set behind the scenes at an American breakfast chat show, was loosely based on the downfall of former “Today” show host Matt Lauer, who was fired in 2017 for sexual misconduct.

Aniston scooped a Screen Actors Guild award for her role as competitive anchor Alex Levy while Reese Witherspoon plays no-nonsense TV interviewer Laura Peterson, with Steve Carell as disgraced former anchor Mitch Kessler, who was forced off the show after the character’s own abusive behaviour came to light.

In the seventh episode of the second season, which dropped on 29 October (21), [SPOILER ALERT!] viewers were left with a literal cliffhanger about what had happened to Kessler, as his car went over the edge of a cliff in Italy.

And in episode eight, it is revealed that Carell’s character has, in fact, been killed, with his former co-workers scrambling to report the news of his shock passing.

Now Aniston tells Entertainment Tonight Canada Mitch’s death really shook up her character, who had a complicated, secretive romance with him.

“I thought it was quite shocking and… it’s a gut punch to the heart and soul for Alex,” she says, describing the turn of events as “tragically poetic.”

Before the accident, Mitch had just agreed to publicly deny he had ever slept with Alex, because the rumours of their affair were damaging her career.

“There’s a lot of, you know, panic and uncertainty as a lot of people are still feeling now, so I feel like it was really well done,” Witherspoon adds, of how the episode played out.

Director and executive producer Mimi Leder, meanwhile, insists it was the right decision for the character, as Mitch had “nowhere to go.”

“He is in exile figuratively and literally,” she explains. “He has lost everything. So, he has to live with his sins for the rest of his life and he’s in a prison of his own making. There’s nowhere for him to go because he’s completely trapped by the consequences of what he’s done.”

But it was a “difficult” creative choice to make largely because Carell is such a great guy in real life.

“It’s a really interesting storyline and it was difficult to do,” she notes. “Steve is such a sympathetic character. So, walking that line, we didn’t want to make him too sympathetic, and I don’t think we did.”