JENNIFER Aniston broke down in tears live on the The Ellen DeGeneres Show after a daughter pleaded to help her unemployed, widowed father.

The Morning Show actress was touched by viewer Elyse Kimball's family story as she revealed her mum died of cancer aged 38. 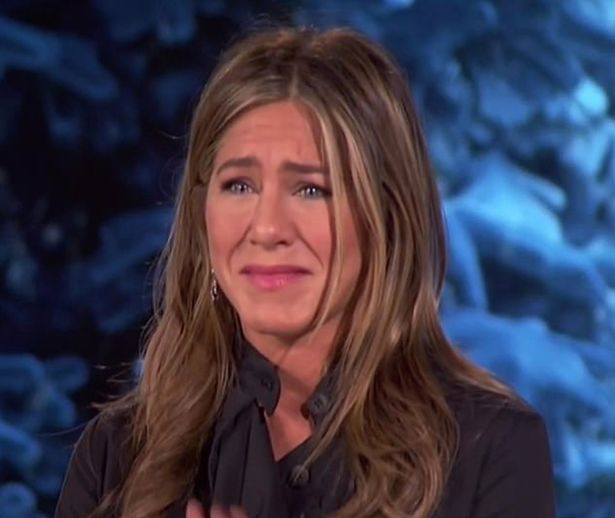 Ellen surprised Elyse by sending cameras to her home as part of her show's Greatest Night of Giveaways to help transform her father Jeff's life.

It touched Friends star Jennifer back in the studio who got emotional hearing how Elyse lost her mum at three years old and her dad is struggling to find work.

Describing how Ellen's Finding Nemo character Dory played a special part in his wife Amy's cancer battle, Jeff said: "She was going in for a 13-hour surgery.

"The last thing I did was blow her a kiss and say, 'Just keep swimming'." 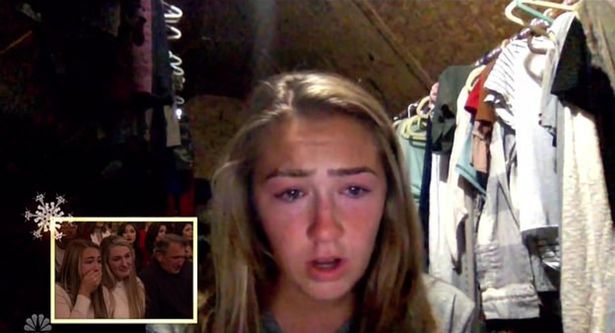 The emotional moment pushed Jennifer to tears. She cried: "Oh, my God! What would she say right now if she knew you guys were here?"

Jeff replied: "She would be so happy. Ellen, she was your biggest fan. So, she would be like, 'Move over, 'cause I am getting closer'."

While the family were in the studio, staff were secretly decorating their home with a Christmas tree, lights, presents and new furniture. 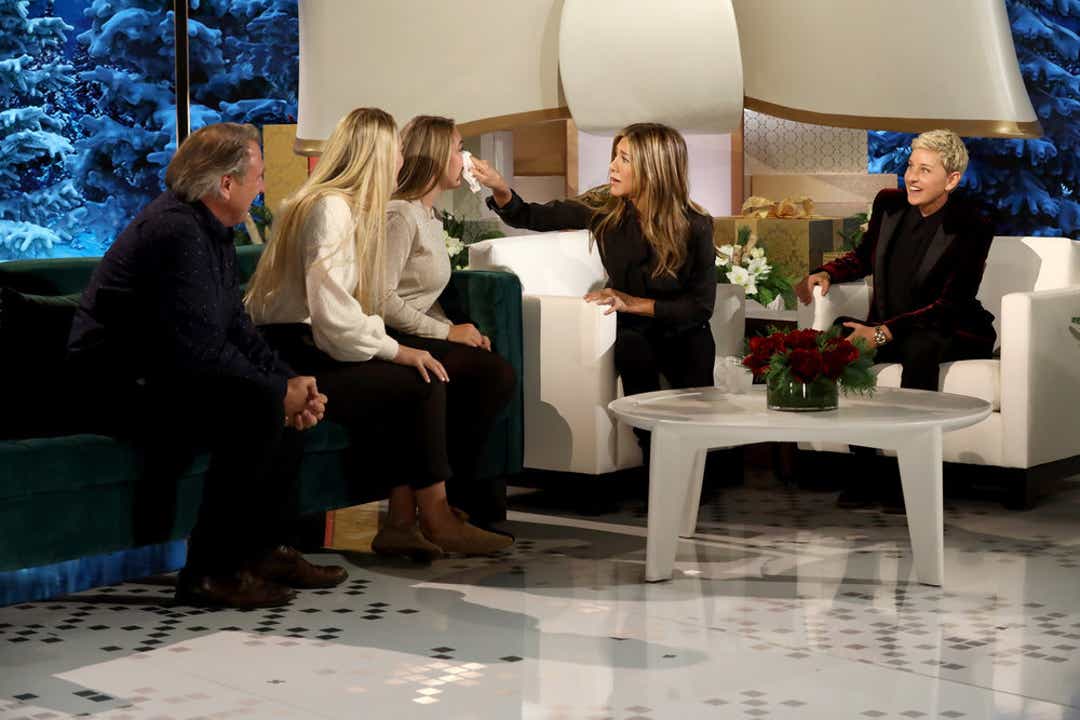 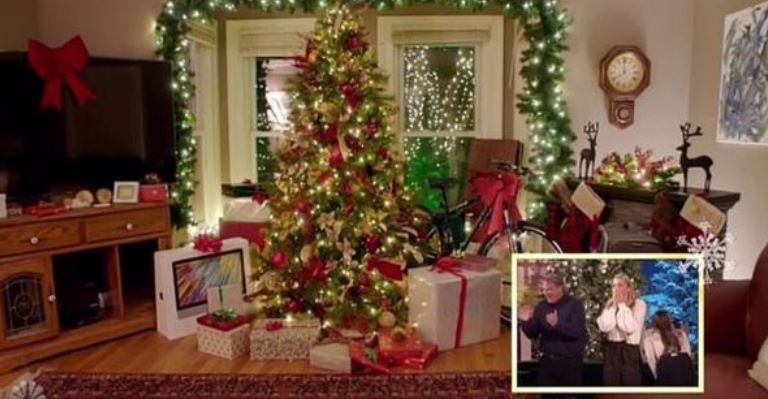 Jennifer then revealed the show would be sending Jeff and his two daughters to Paris – a destination on Amy's bucket lift.