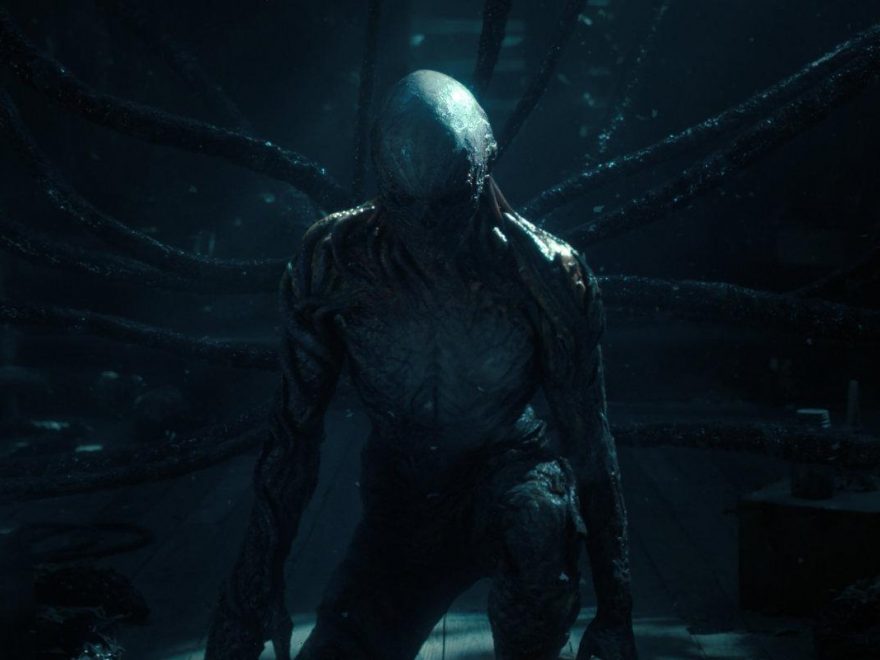 During a new interview, the ‘Twilight Saga’ star, who plays villainous Vecna in the fourth season of the Netflix show, shares that it has something to do with his character’s costume.

AceShowbiz –Jamie Campbell Bower made one of the child actors on “Stranger Things” cry because his costume was so scary. The depicter of villainous Vecna in the fourth season of the Netflix show, Jamie revealed that he spent seven hours a day getting into creepy prosthetics to turn him into a monster – and the look was so effective it made one of the young stars burst into tears.

During an interview with New York Magazine, the “Twilight Saga” actor was asked if he made any of the child actors cry. To that, he replied, “Yes”. When asked how many, he responded, “One, properly. Through nothing else other than just doing what I was told. Let me make that perfectly clear!”

In the chat, Jamie also discusses the use of prosthetics over CGI. He insisted it brought a realness to the shoot which couldn’t be achieved with computer wizardry. “When you use a real person, it allows a lot more a humanity to a character. It becomes more terrifying because you’re witnessing the other actors deal with something right in front of them,” he shared.

“I’ve been a part of films where you have to interact with a tennis ball or a cardboard cutout. You’re not dealing with a life. You’re dealing with an inanimate object. With this, the terror is much more apparent because it’s an actual person. It’s me!” he continued.

Jamie concluded, “The movements I’m able to do with my hands and eyes, and the physicality in general, is a person. I’m there. It’s happening. You’d lose that if it’s just somebody in a green-screen suit. With CGI, it’s processed.”

The actor joined the fourth season of the hit Netflix show as new character Vecna. However, show bosses previously insisted he was playing a hospital orderly called Peter Ballard.

Jamie has since admitted it was actually an elaborate red herring to keep fans guessing and said sorry for going along with it. Speaking with Entertainment Weekly, he explained, “I have no idea where the name Peter Ballard came from. I can only apologise to fans of the show for being part of such a massive red herring. “I remember seeing it and being like, ‘Okay, guys. Cheers! That’s going to be a tough one if anybody asks me, but I’ll just go with the party line.'”

The fake character of Peter Ballard was mentioned on the official “Stranger Things” Twitter account in a message which read, “Jamie Campbell Bower aka Peter Ballard is a caring man who works as an orderly at a psychiatric hospital. Tired of the brutality he witnesses day after day, will Peter finally take a stand?”

Jamie is actually playing Henry Creel a.k.a Vecna who is one of creepy Dr. Martin Brenner’s first child subjects with psychic powers.