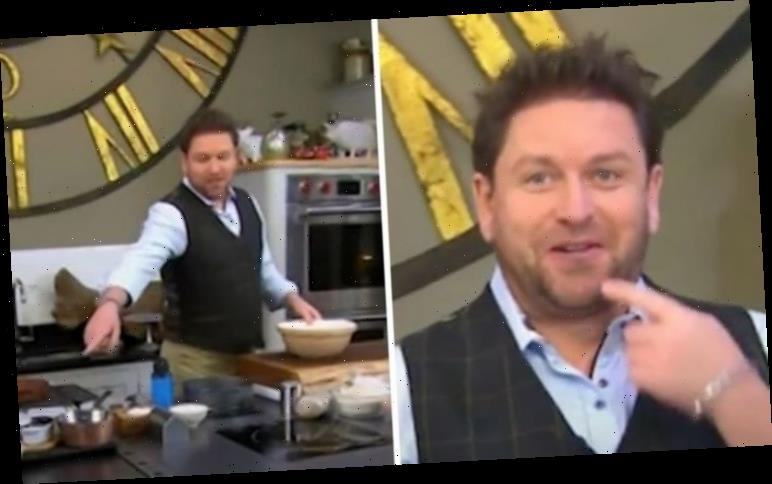 During today’s Saturday Morning with James Martin, the celebrity chef admitted to viewers that he had been caught eating chocolate during the ITV programme. As the commercial ad break had come to an end and the third part of the show began, James was meant to introduce what was coming next, although, instead he was caught in the act, enjoying a chocolate Easter Egg.

As James was meant to introduce the next segment of the show, he admitted that he had been caught eating chocolate.

“Welcome back,” he began. “You actually caught me eating a chocolate Easter Egg, to be honest with you.

“I’ve got a mouthful of chocolate.” 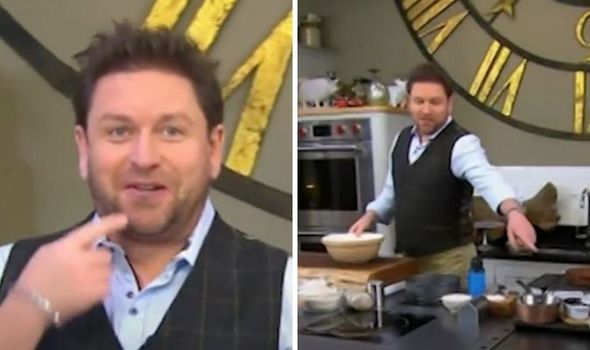 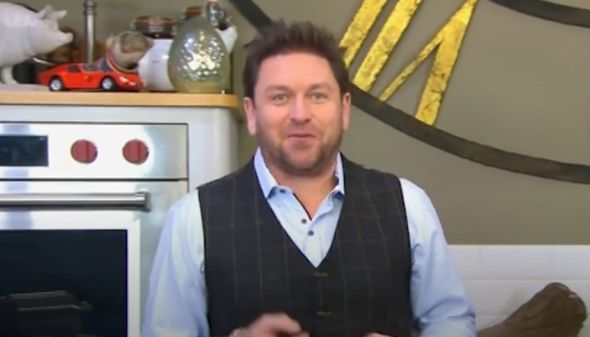 He continued: “Coming up I’ll be making a treacle tart with clotted cream for my guest Harry Redknapp.

“Top chocolatier Mark Tilling will be dropping by very shortly. 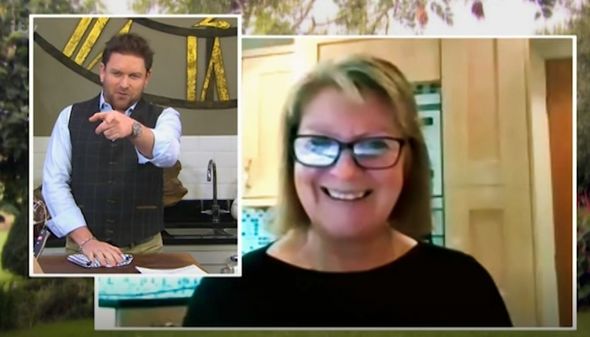 Earlier in the programme, James lightheartedly told off one guest’s husband for gatecrashing a cooking segment.

James was answering viewers’ cooking questions and when he was chatting to guest Tracey via video link, her husband appeared on the screen.

The celebrity chef asked what Tracey’s husband was doing, to which he replied he was working.

James went on to joke that he was really watching the football before asking him to leave.

“Who is that wandering around in the back?” the chef quizzed.

He continued: “That’s not a burglar is it? Somebody has just walked in… who’s in the back of shot there? Bring him in, who is that?”

“I have to say your kitchen is looking immaculately clean,” James commented. “Far too clean to be honest.”

Turning to Michael, James added: “I’ll let him get off and watch TV. Are you watching the football or something? What are you doing in the back of shot?”