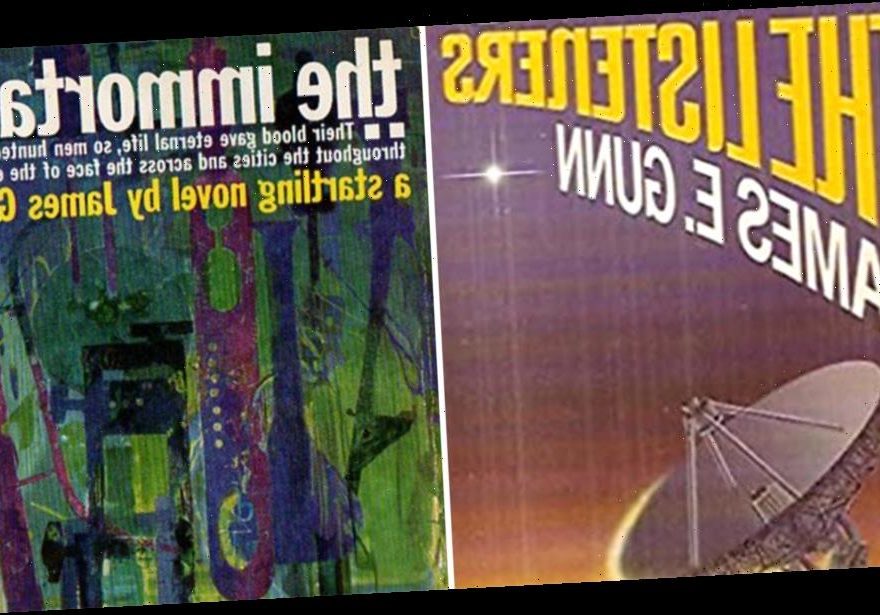 James Gunn, a prolific author and editor in science fiction, died Dec. 23 in Lawrence, Kansas, He was 97 and his death was announced by the University of Kansas, where he taught and later founded the Gunn Center for the Study of Science Fiction.

Gunn’s story The Immortals is one of his best-known works. The 1962 novel examines a group of people who discover the secret to eternal life, and was adapted for an ABC-TV movie, The Immortal, in 1969, and later a series in the 1970-71 season.

His novels include The Listeners, a 1972 story which celebrity astronomer Carl Sagan said was “one of the very best fictional portrayals of contact with extraterrestrial intelligence ever written.” Reports indicate the novel encouraged research by the SETI Institute into the search for life in the stars.

Overall, Gunn edited 10 anthologies of science fiction and wrote 30 books, concluding with 2017’s Transformation. He is also credited with about 100 short stories.

He is survived by a son, Kevin. His wife, Jane Frances Anderson, predeceased him, as did a son, Christopher.