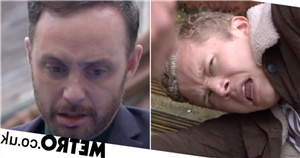 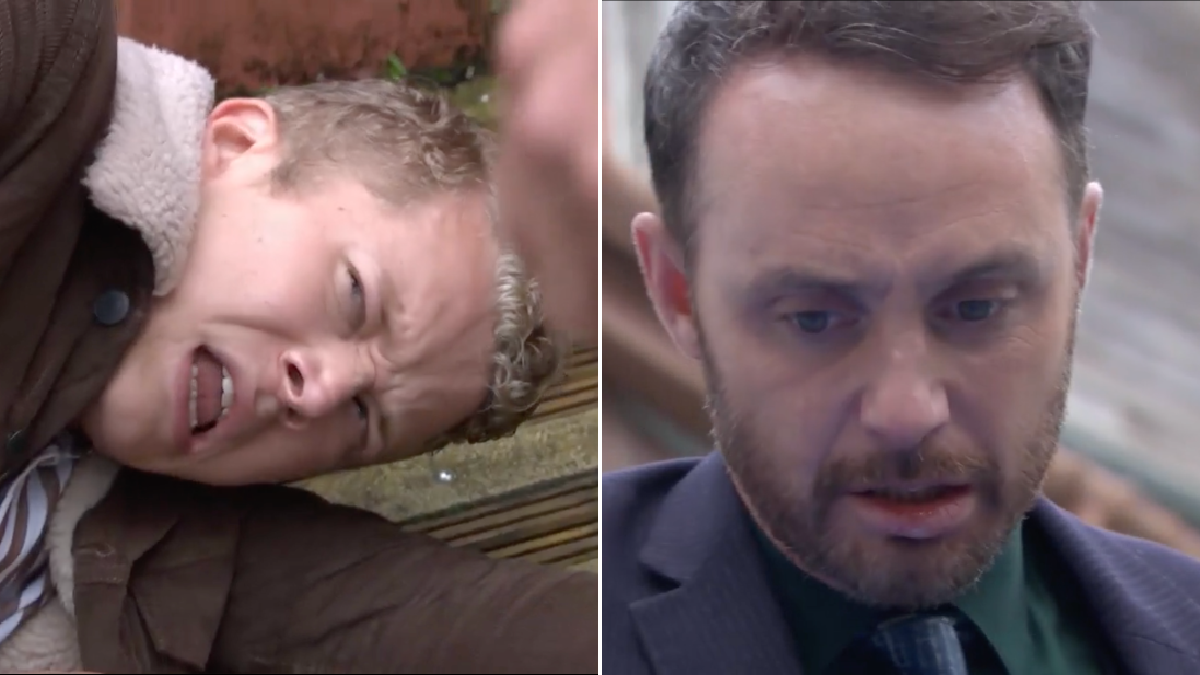 James Nightingale (Gregory Finnegan) was on a mission to track down stalker Timmy Simons (Sam Tutty) in Hollyoaks, but he made a shocking discovery in the process – one that led him to take violent action.

The lawyer was hellbent on protecting Juliet (Niamh Blackshaw) in the wake of her and Peri Lomax’s (Ruby O’Donnell) ordeal at the hands of Timmy, and thus he hired a private investigator.

When the PI failed to find any leads, James vowed to do some digging himself, as he confronted Fergus Collins (Robert Beck) in the hopes of getting some information on missing Timmy.

But he, Peri and Juliet were in for quite the shock, when they were approached by a stranger named Mikey (Charlie Ellerton) in the park, who made it clear he’d been watching Peri and Juliet via the cameras in their room.

The girls were horrified to discover that it wasn’t just Timmy who’d been violating their privacy, but thousands of subscribers online also had access to the camera.

James was appalled, and gave chase, but he lost Mikey. Late for his meeting with his new potential partner Clarke (Edward Baker-Duly) to discuss their merger, he returned to his home.

Clarke told James that his son would be popping over with the contracts for James to sign. James, eager, headed off to get a pen, but when he returned, he was faced with Mikey from the park!

James wasted little time in berating vile Mikey for violating Juliet and Peri’s privacy. Mikey, however, was unfazed, and proceeded to make a series of disgusting comments about his actions.

The realisation of what he’d done dawned on him. Will he end up in prison for what he’s done?