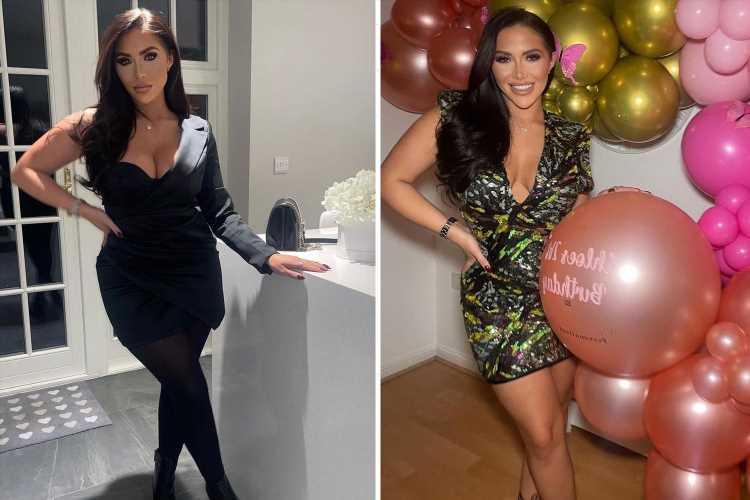 The reality star marked the special day with a series of birthday outings to swanky restaurants and bars. 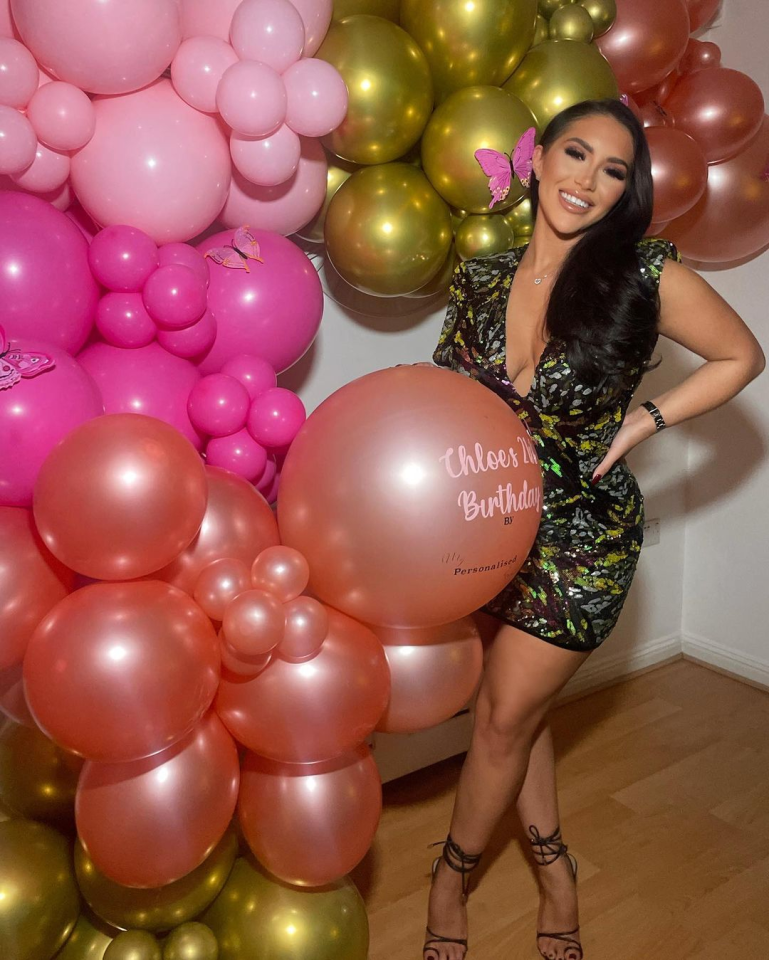 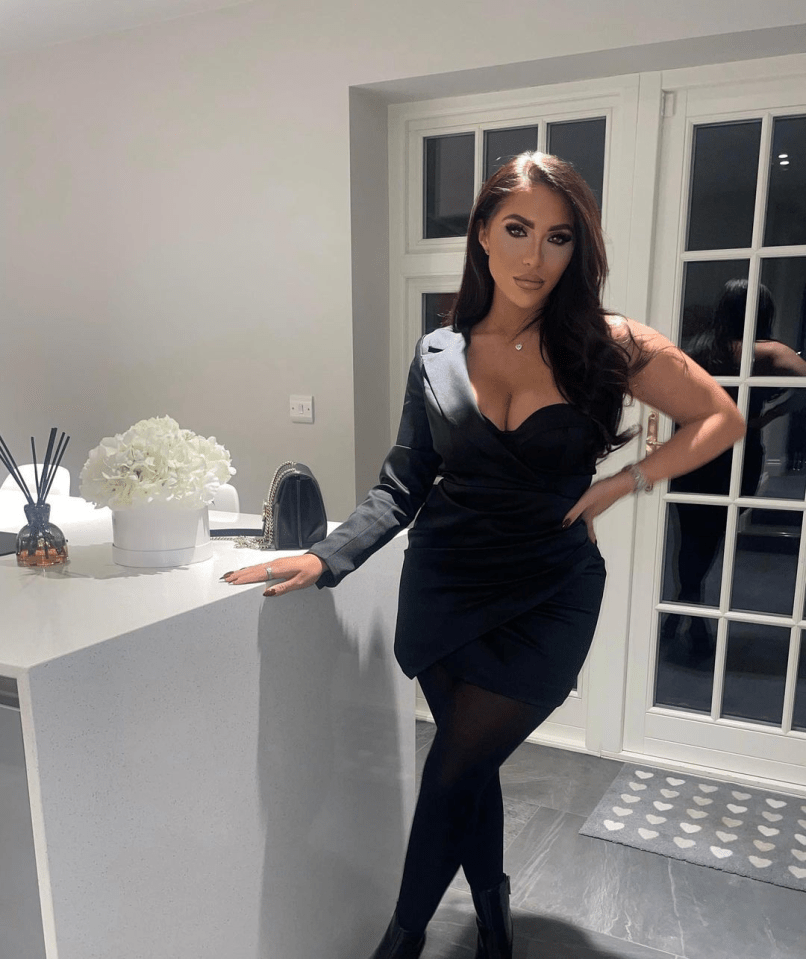 Chloe, who has been at the centre of number of explosive storylines on ITVBe's hit show, looked sensational as she hit the town.

The Essex beauty stunned in a green sequin dress which showed off her incredible curves.

She styled her brunette tresses in loose waves and her makeup was flawless which accentuated her stunning features.

Looking happier than ever, the star sipped on cocktails and tucked into a mouthwatering plate of sushi.

She was joined by her closest pals including Amber Turner, Courtney Green and Madison Brown.

While, co-star Amber sent her a box of pink rose cupcakes topped with layers of icing.

Another pal also delivered a beautiful bouquet of flowers, with a personalised note that read: "Read for the stars."

Yesterday, Chloe posed up a storm surrounded by a pink and gold balloon arch display.

She beamed for a series of snaps and told fans: "Can confirm I will be milking the birthday celebrations for the foreseeable.. ✨ 🎂."

The celebrations continued today as the Towie star headed out for another plush outing.

Looking stylish in a black blazer ruched dress, Chloe wrote: "Round 2 of the birthday celebrations ✨."

She completed her look with a pair of boots and opted for heavy eyeliner and plum nails.

Chloe fans were quick to compliment the brunette beauty, with one writing: "Beautiful ❤️😍."

A third added: "Looking stunning in that dress."

Earlier today, Chloe's ex Jack Fincham sent the rumour mill into overdrive after posting a picture of himself and Chloe in bed together today.

In the photo, he is snuggling next to his former flame while she is pouting at the camera and holding her finger to her mouth.

Chloe reposted the picture to her Instagram Stories, adding a red heart emoji and the caption: "Thank you"

Reality star Chloe is currently embroiled in a bitter feud with her Towie co-star Frankie Sims over Jack.

The brunette enjoyed an on/off relationship for two years with Jack following his split with Dani Dyer, who he won Love Island with in 2018.

But in May, Jack confirmed he had moved on with Frankie and they made things Instagram official.

Their new relationship came weeks after Jack's most recent split with Chloe – but Frankie denied they was an "overlap".

Two months later, Jack and Frankie broke up following a string of rows and unfollowed each other on Instagram.

He then made an explosive debut on The Only Way Is Essex in October and caught Chloe and Frankie locking horns over him.

The pair were arguing about WhatsApp messages sent by Chloe to Jack's phone.

Chloe told her love rival: "I think that we need to talk, there is something I need to apologise for, and that's for the text messages you seen on Jack's phone.

"It was out of order, I should never have spoke about your appearance, and all I can say is I'm sorry."

Frankie thanked her for apologising before sharing the messages on Instagram once the episode had aired.

She has since been on a string of dates with Rafferty Law, the son of actor Jude Law and Sadie Frost.

Meanwhile, Chloe is currently filming for the new series of Celebs Go Dating. 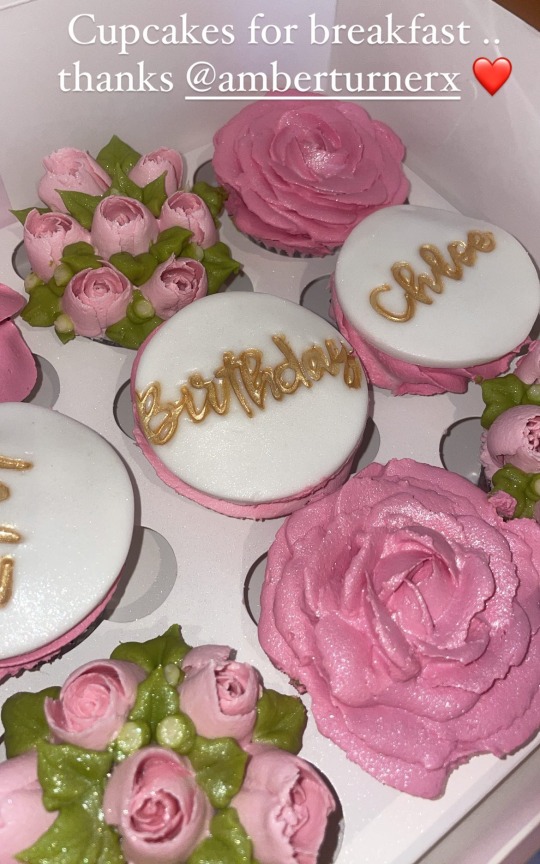 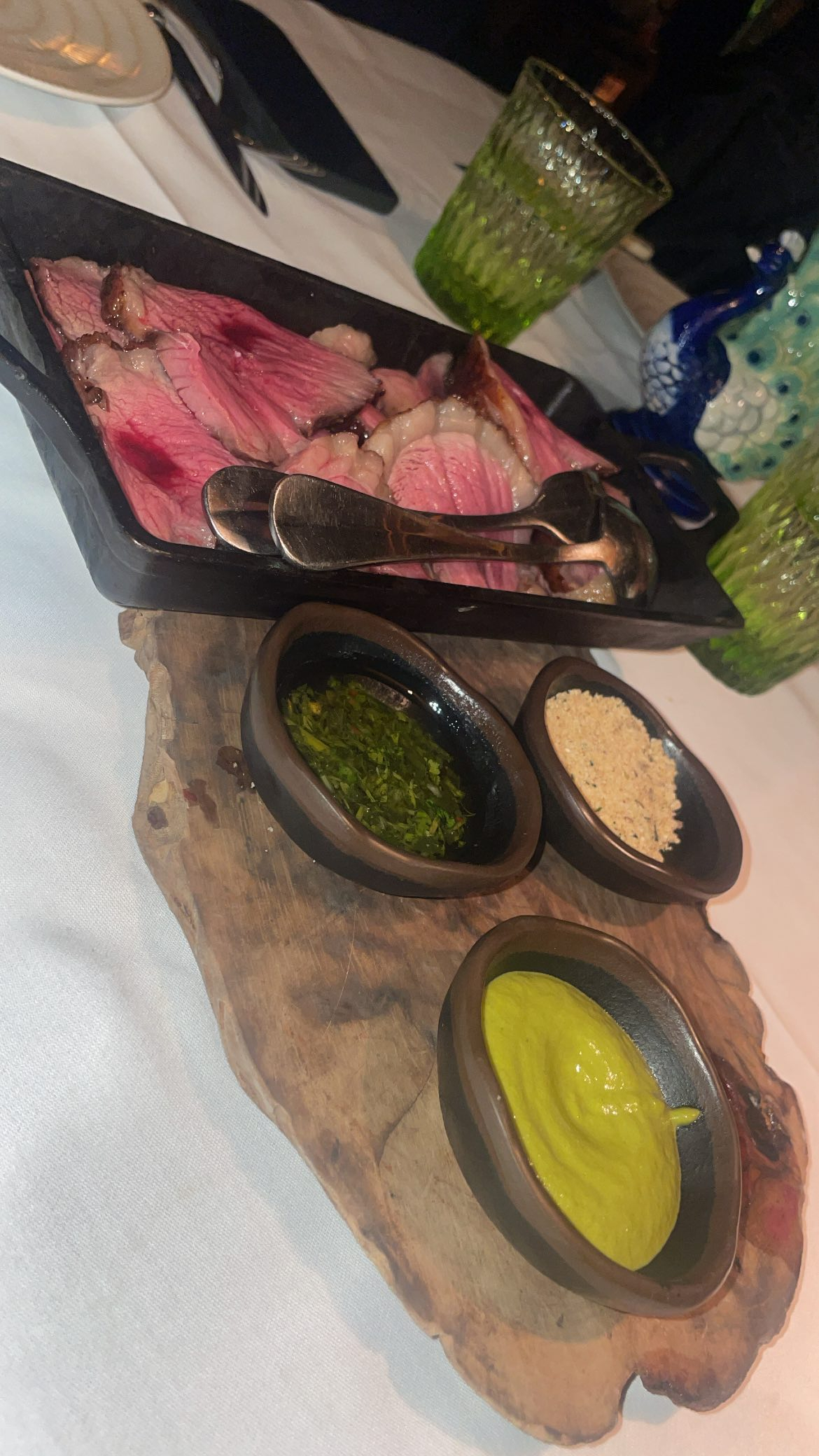 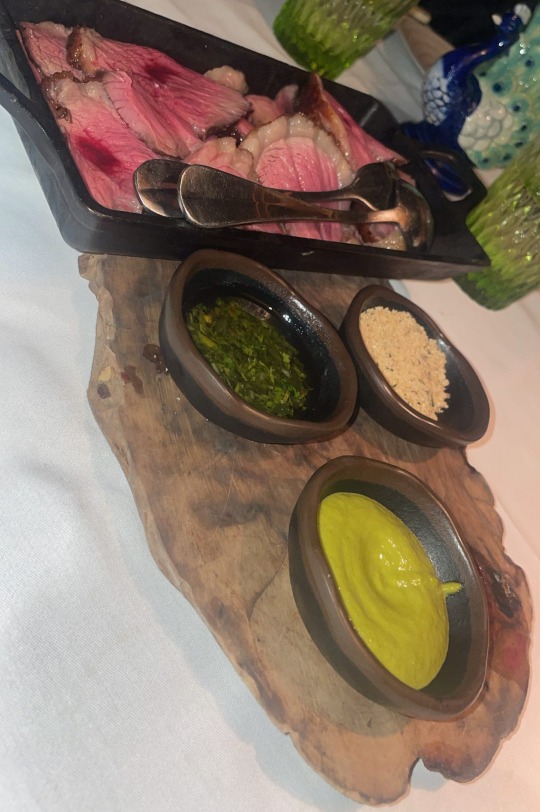 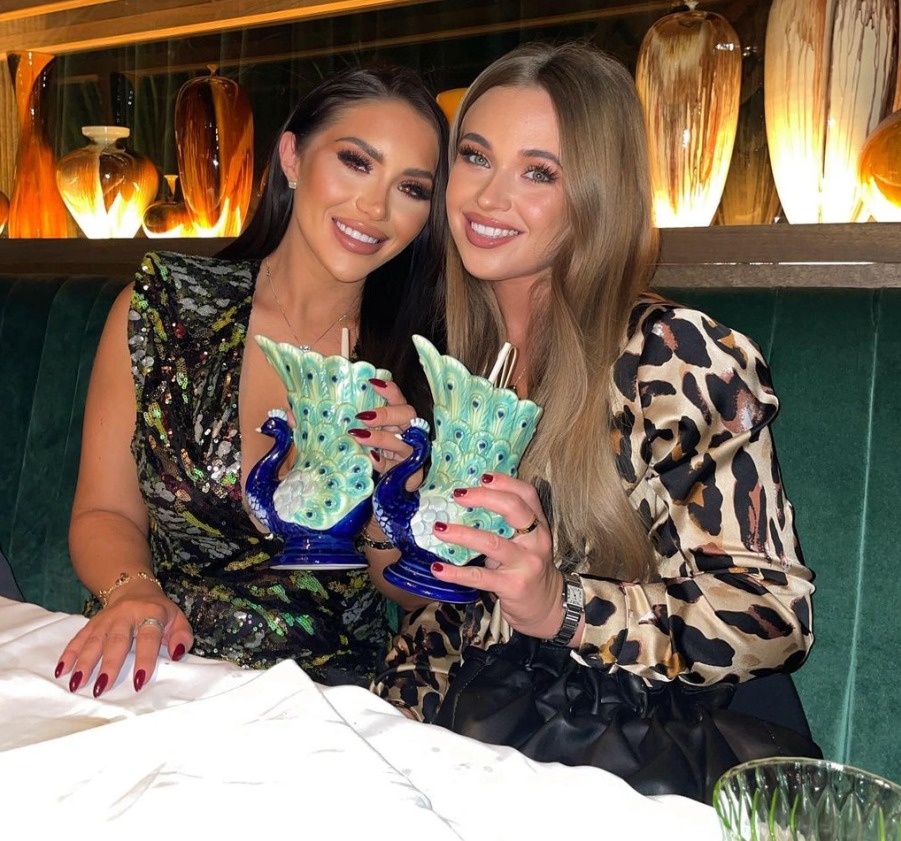