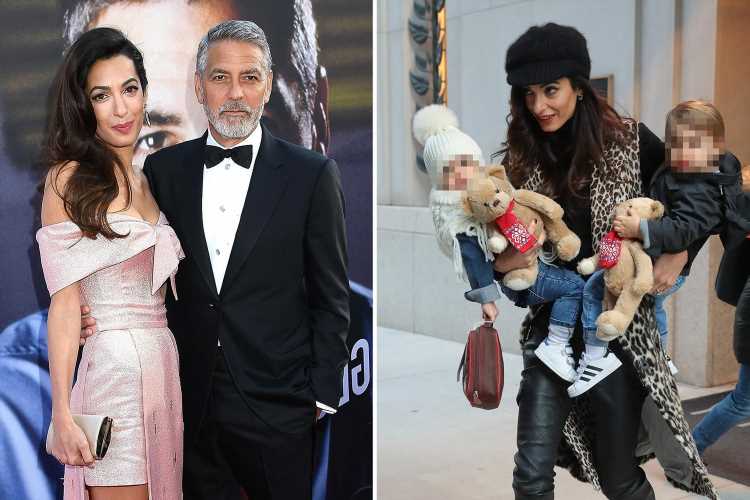 THEIR dad is one of the most famous movie stars on the planet and their mum is an internationally renowned human rights lawyer.

And while four-year-old Ella and Alexander Clooney – children of George and Amal – enjoy a luxurious lifestyle, shuttling between Berkshire, Lake Como and California, their young lives have remained intensely private. 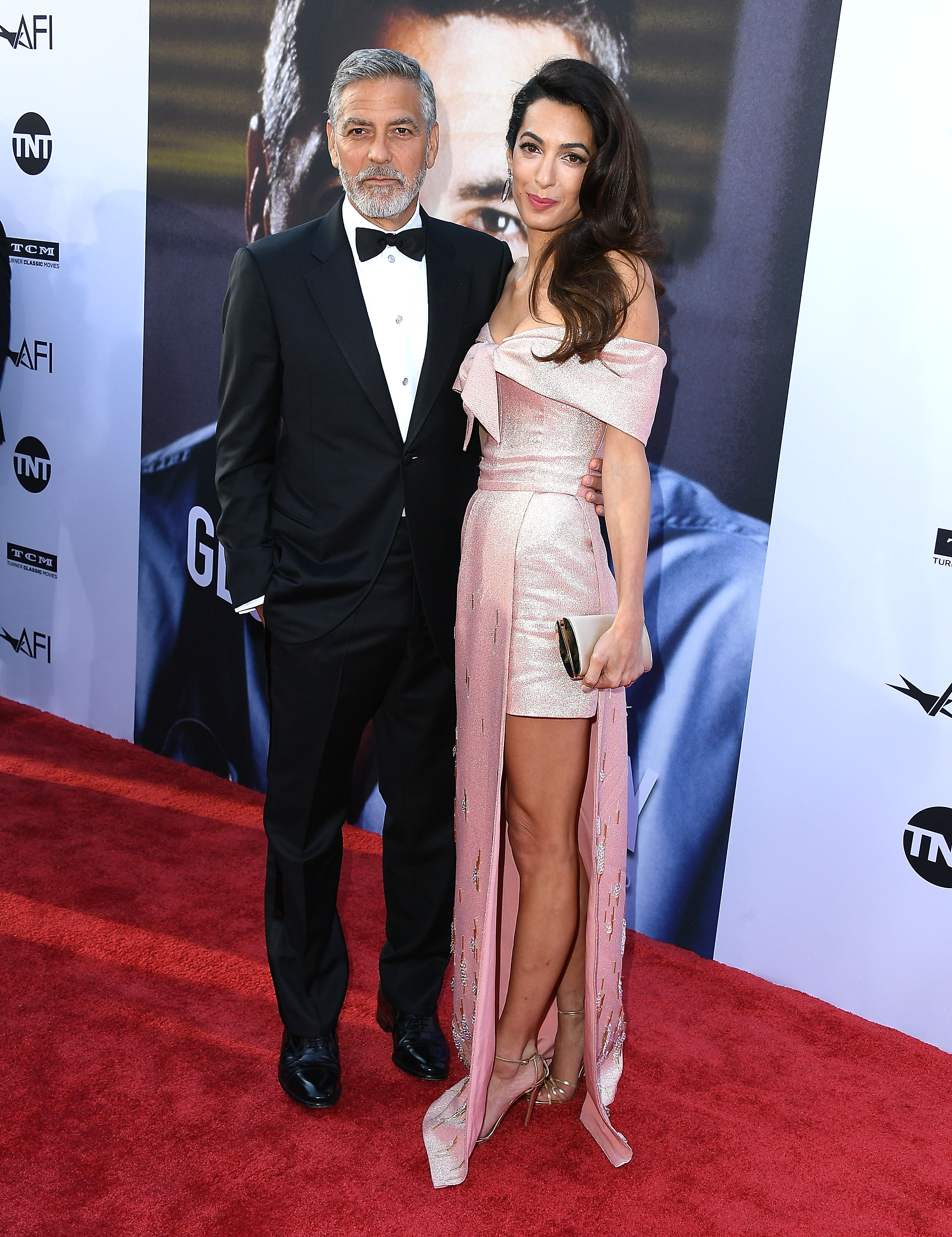 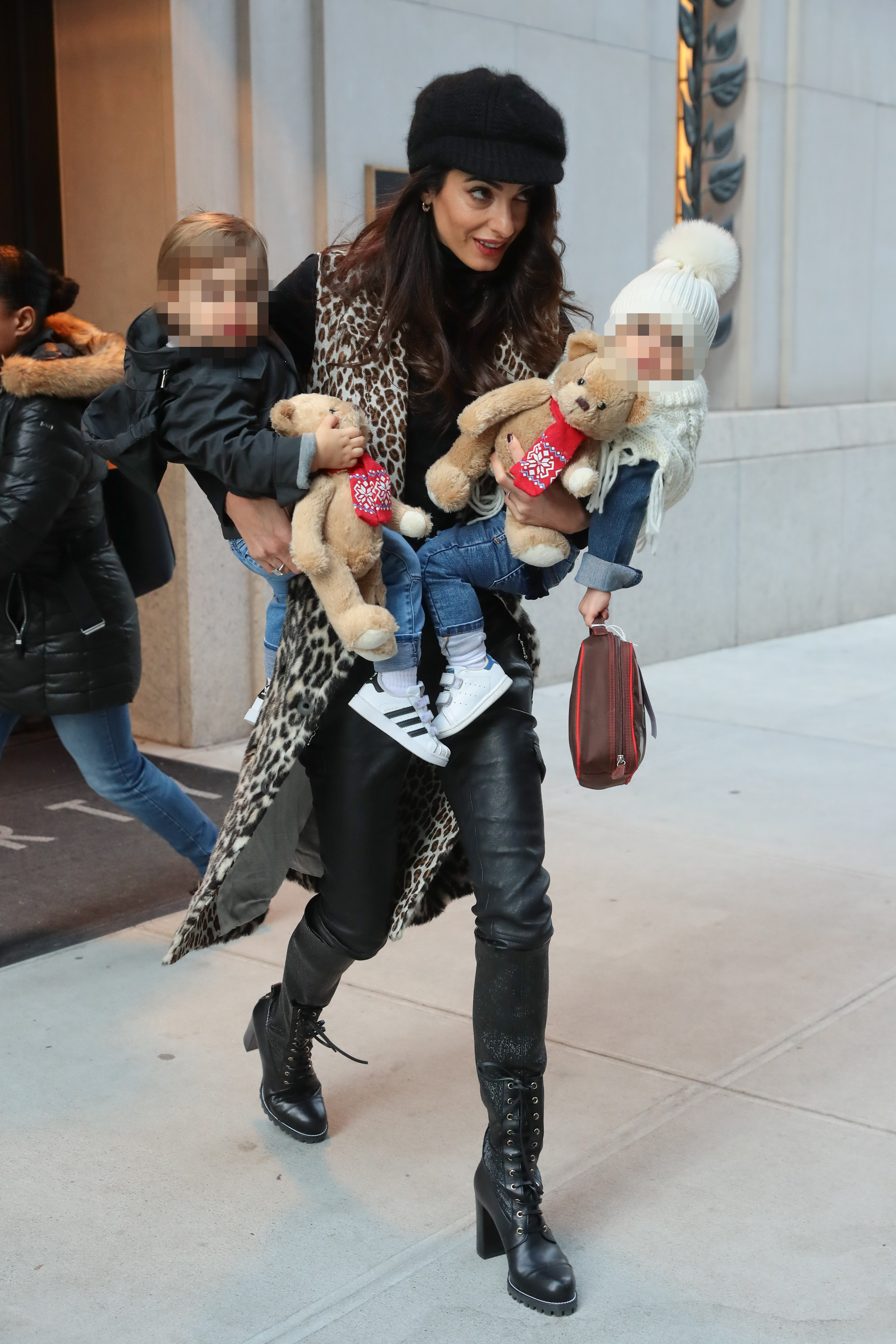 Their famous parents have never released a picture and they are kept away from red carpet events.

Now the twins are about to become big brother and sister to a new arrival – or possibly two – after George, 60, and 43-year-old Amal revealed they were expecting again.

The A-list couple invited their family to their waterside villa in Lake Como to make the announcement, and there is speculation that they could have another set of twins.

But with a luxury lifestyle which includes a £90,000 playhouse and birthday parties in the Italian lakes, there’s plenty of space for more.

Here we look into the very private lives of the Clooney twins, through the words of doting dad George.

With parents worth in excess of £360million, Ella and Alexander were destined to enter the world in style.

Amal chose the sumptuous Kensington Wing of the Chelsea and Westminster Hospital, which describes itself as the “Rolls Royce of private maternity care”, to welcome the babies on June 6 2017.

The package – including luxury bedrooms with en suite bathrooms, round the clock obstetric care and a team of chefs to prepare an a la carte menu – costs £9,600.

The couple’s spokesman announced the birth in typically light-hearted style, saying: “Ella, Alexander and Amal are all healthy, happy and doing fine. George is sedated and should recover in a few days.”

Amal’s mum, Baria Alamuddin told French publication AFP: "We are over the moon! It was a beautiful delivery. The babies are beautiful and are doing well."

George revealed he and Amal were “happy and excited” about what lay ahead.

“It’s going to be an adventure,” he said. “We’ve sort of embraced it all with arms wide open.”

As prominent human rights activists, both George and Amal have spent their lives travelling to war-torn territories but parenthood made them take a safer approach in future.

“We decided to be much more responsible, to avoid the danger,” said Oscar-winning actor.

“I will not go to South Sudan any more and in the Congo, Amal will no longer go to Iraq and she will avoid places where she knows she is not welcome.”

“We figured these kids are going to be looked at a lot and watched and [have their] every move sort of judged, and we wanted them to at least have a break with the names,” he said.

“So we looked for some sort of normal names. We didn’t have any great inspiration. It wasn’t Alexander the Great and Ella Fitzgerald.”

Home for the baby twins was the £20 million house in Berkshire that the Clooneys bought for £7.5 million in 2014.

They spent 18 months and £12.5 million having it renovated before moving in, adding top level security, a terrace for entertaining, and nanny's quarters in the grounds.

At the nine-bedroom, eight-bathroom manor house, set in on an island in the Thames, the twins can watch movies in the private cinema, learn to swim in the pool house and run around the four acres of land surrounding the house.

The couple initially employed American supernanny Connie Simpson, author of The Nanny Connie Way, who claimed the twins were mirror images of their parents’ personalities.

“It just kind of grew … you could see it manifesting every day that you were with them. The look that George has in his movies, his son was showing that too and I just thought that was the cutest thing.”

George joked that childcare was wearing him out in the early days.

“I cry more than they do. I cry four times a day right now because I’m so tired,” he said.

But, despite rumours they couple had forked out up to £350,000 on seven expert nannies for the twins, George recently set the record straight, telling shock jock Howard Stern: “First of all it’s only one nanny.”

The family spent most of the pandemic at their Berkshire home and George recently revealed his lockdown ‘hobby’ was being a fulltime dad.

“I'll tell you what I've taken on as a hobby: two or three loads of laundry a day, dishes all day long, because these kids are slobs,” he told W Magazine.  “Apparently, you have to wash your children every once in a while.”

The kids enjoyed playing with St Bernard puppy Rosie, and George told People that their daily dog walks in the area showed the difference betweenoutgoing Alexander and shy Ella.

"It's funny, they're twins, but they're very different," he said, offering an example:

"Ella is very shy around adults. We have a Saint Bernard puppy, Rosie, and she's like 125 lbs. of sheer energy.

George also turned barber during his time at home, adding: “I cut [my son's] hair, and I cut my own hair, too, but I haven't cut my daughter's hair.

“I'd get in trouble if I did. My daughter looks gorgeous—her hair is very long. If I screw up my son's hair, he'll grow out of it. But my wife would kill me if I touched my daughter's hair.”

“They say it’s not so bad on young people. But do we know that? We don’t know anything about the longterm of this yet,” he said. 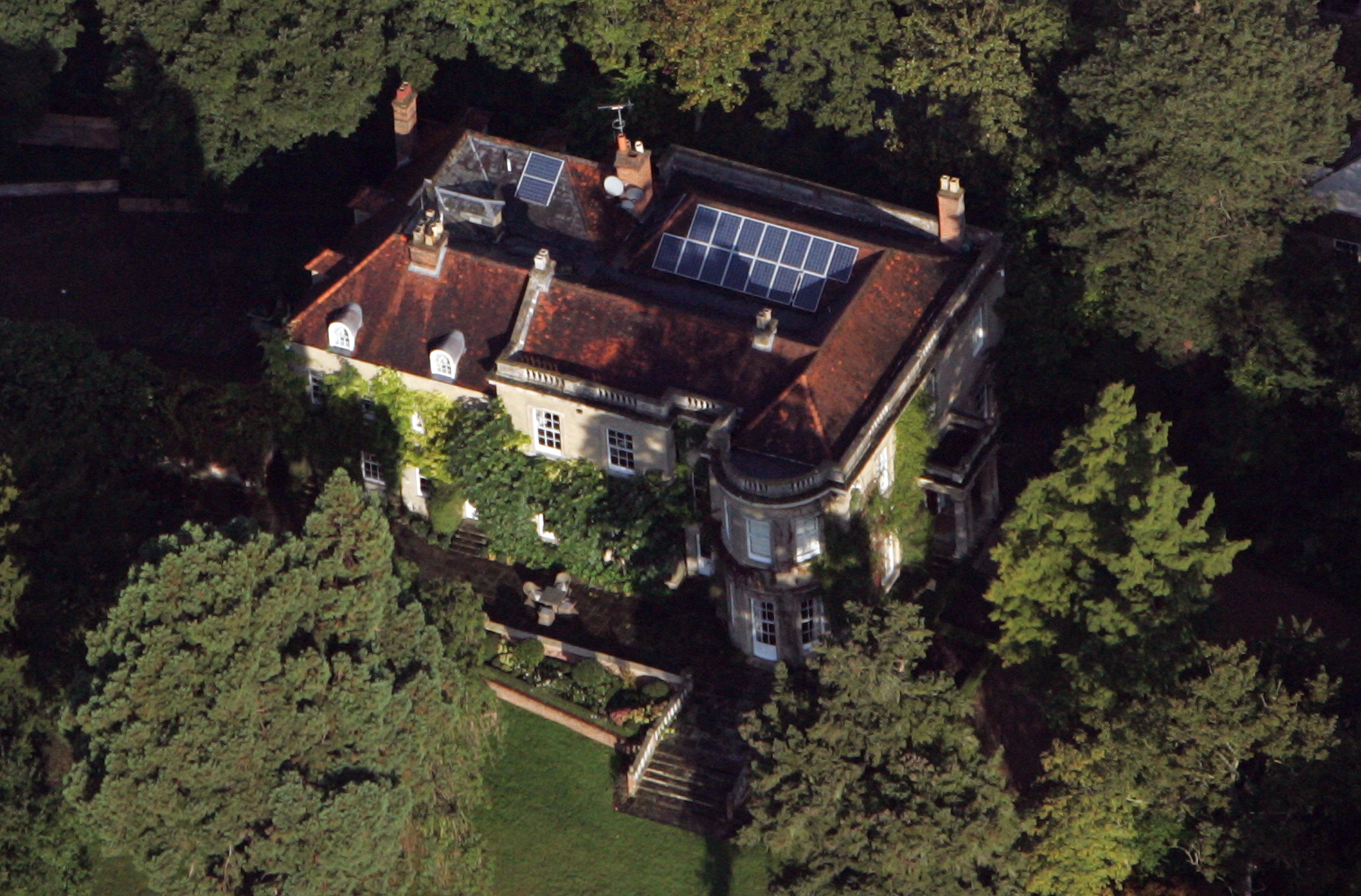 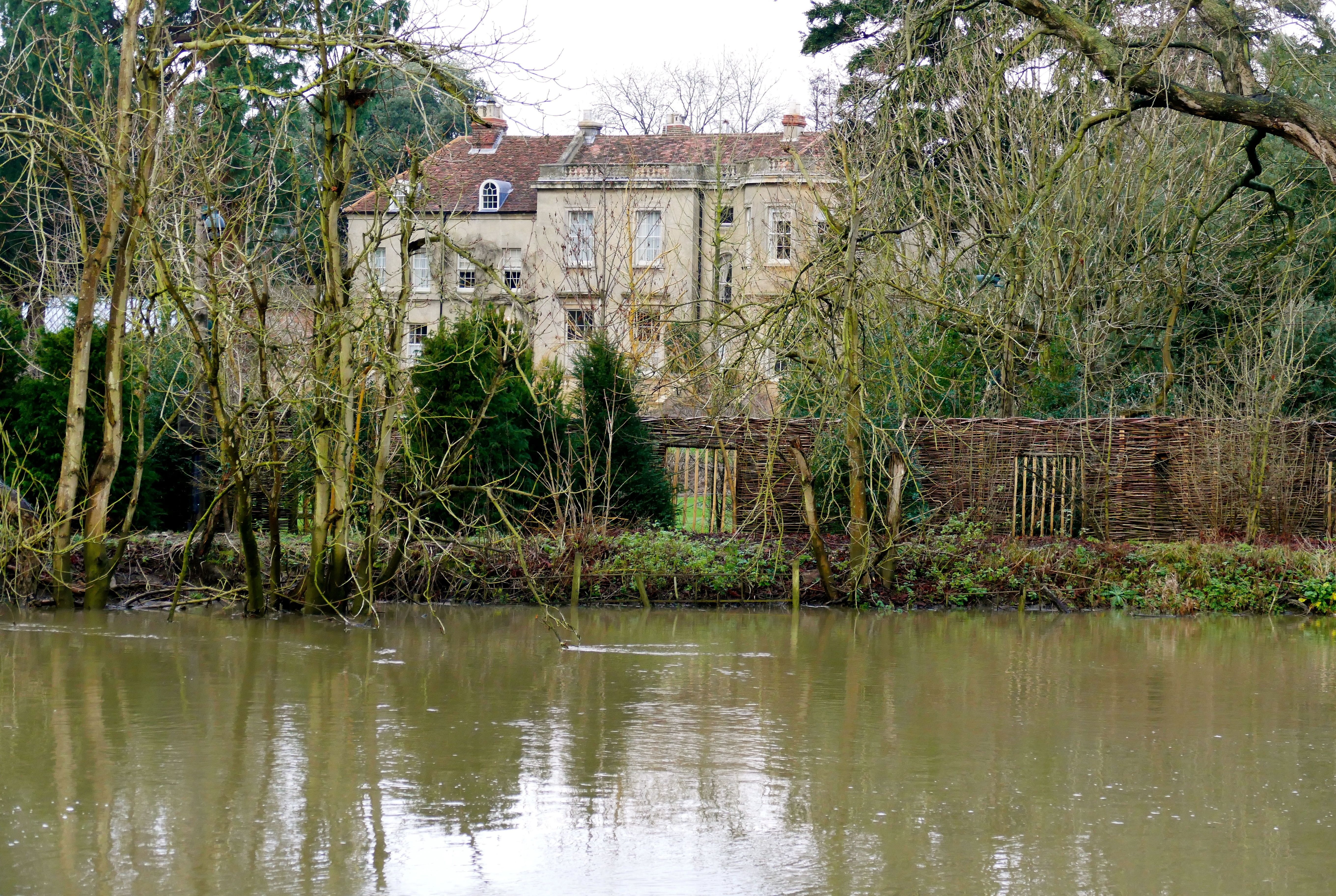 As well as their British base, the Clooneys enjoys six-bedroom mansion in California and a palatial villa on the banks of Lake Como.

Last year, the couple splashed out £90,000 for a two-storey playhouse for their US home, complete with zip wire, a bathroom and a functional kitchen.

Designed by artist with interiors by Michael S Smith — who redesigned Barack Obama’s White House office in 2010, the playhouse is a replica of their Californian home and comes with a life size toy giraffe, Amal’s favourite animal.

While lockdown has meant less travel for the family, they have recently been able to return to Lake Como, where the twins celebrated their fourth birthday.

George, who now owns four properties in the area, bought the £7million Villa Oleandro in 2001 and the family usually spend four months of the year there.

But this week Amal and the twins were forced to shelter upstairs as rising floodwater bright mud and debris pouring into the house, and George joined the locals in the clean up operation.

“I don’t speak Italian, neither does my wife,” George admitted on Jimmy Kimmel, adding, “It is a terrible thing. We have given them a secret language.”

As the twins have now turned four, the house-hopping may soon become a thing of the past.

“As soon as the children go to school, it’ll be necessary to choose where to settle,” George told Paris Match. “In the meantime, we’ll continue to move according to our respective schedule.”

As yet, the family haven’t revealed where the tots will got to school although in 2018, at the Watermark Conference in San Jose, Amal said her children would one day attend school in the US and added they would be ‘lucky’ to be educated there.

And George recently revealed he was trying to make them use American phrases like ‘sweater’ instead of ‘jumper’, adding: "I'm desperately trying not to make them little Brits!”

Should they choose to stay in the UK, Berkshire has a wealth of private schools including a £3475 a year Caversham Prep Schools.

As well as a loving family, the twins will grow up around a host of A-list ‘uncles’  – including Brad Pitt, Matt Damon, Barack Obama, David Beckham and Rande Gerber.

But despite their privileged lives, George and Amal are keen to raise their kids to appreciate how lucky they are – and to have compassion for those less fortunate.

“I want to make sure my children understand they have been given things other children haven’t been by accident of birth,” says George.

“They could just as easily have been born in Syria and their lives would have been completely different.

“It’s challenging to remind children who have been born into this glass of celebrity and money to have empathy for people who aren’t as fortunate as they are.

"That’s going to be Amal’s and my job to teach our children, and it’s an important one.” 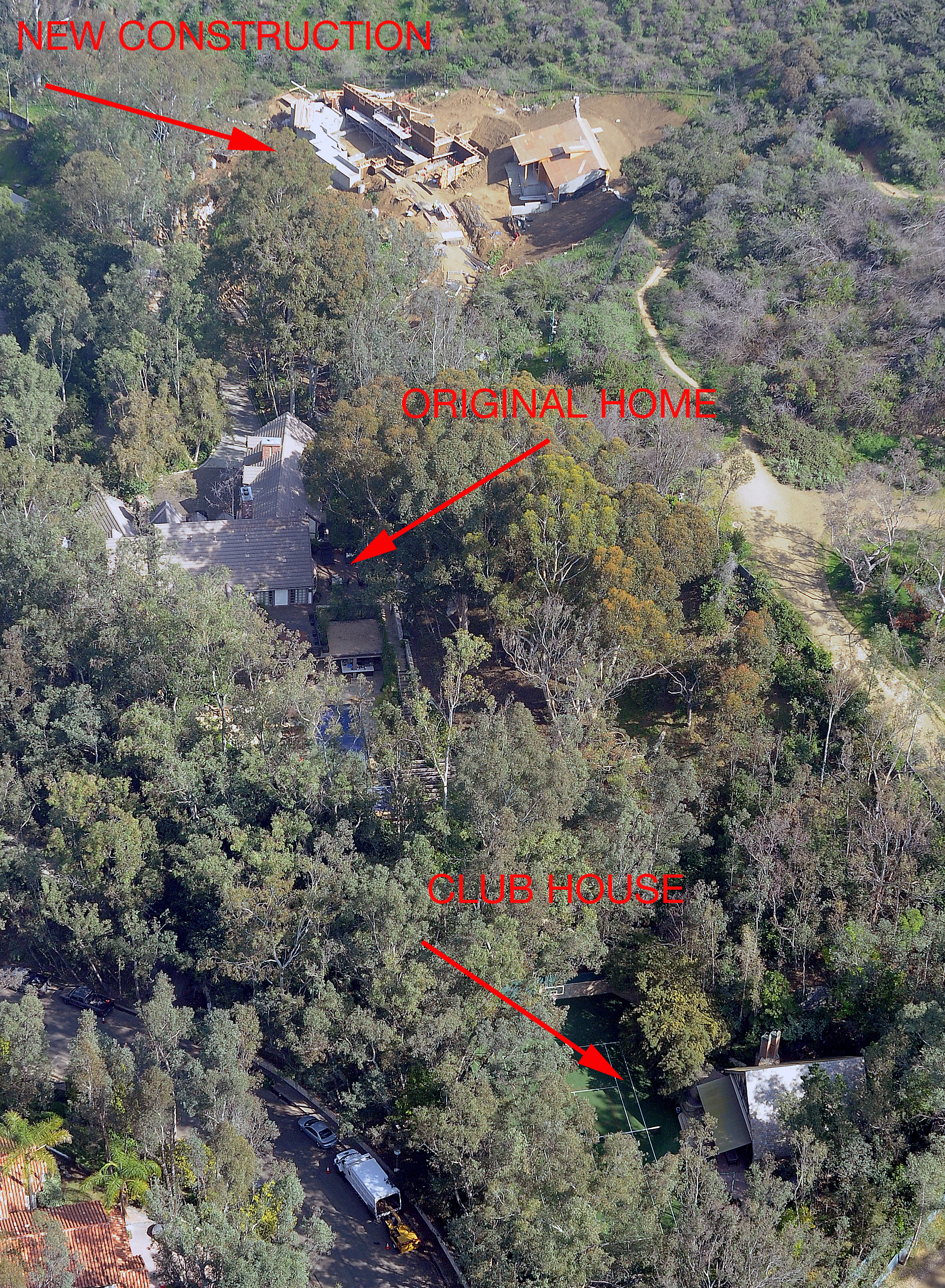 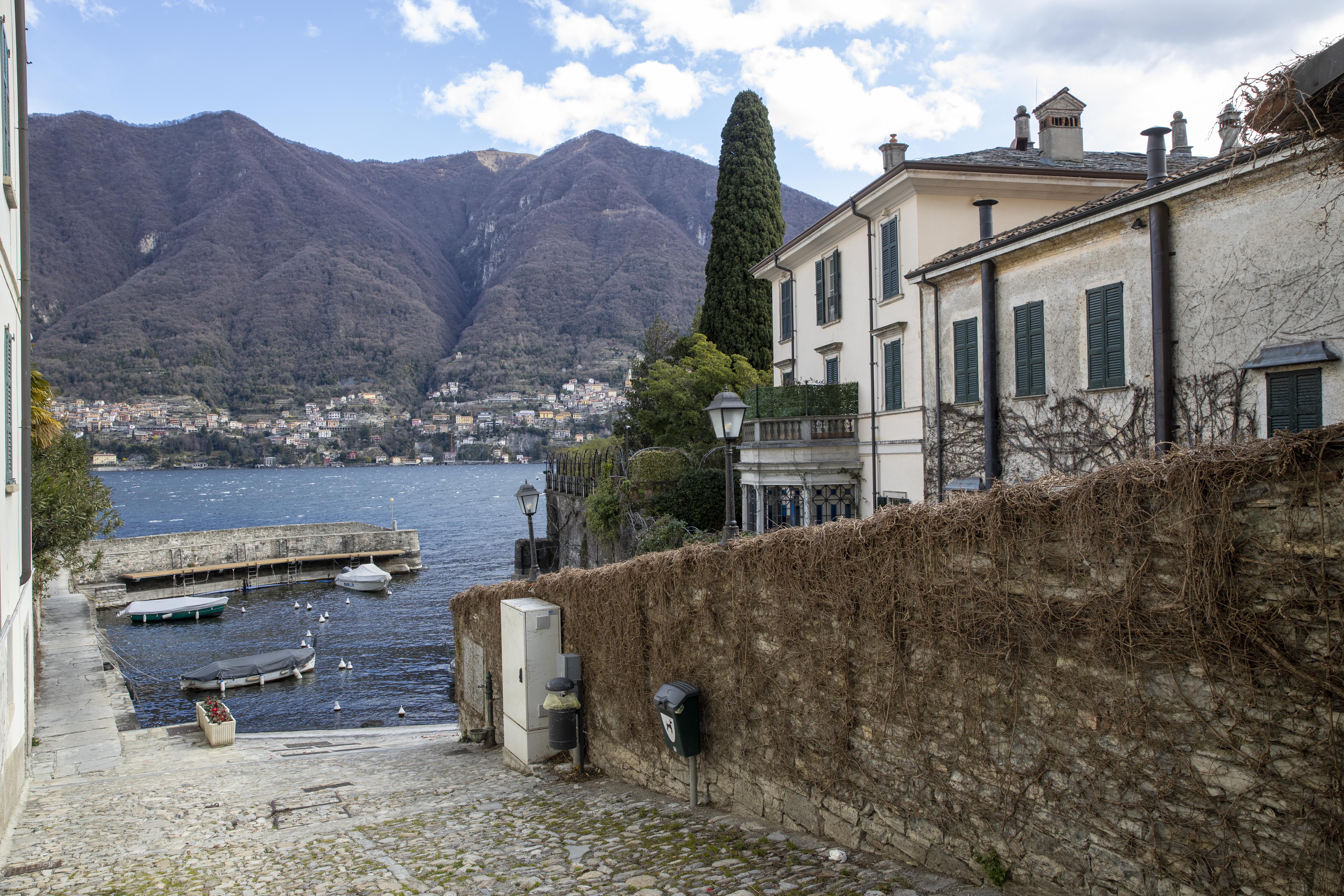 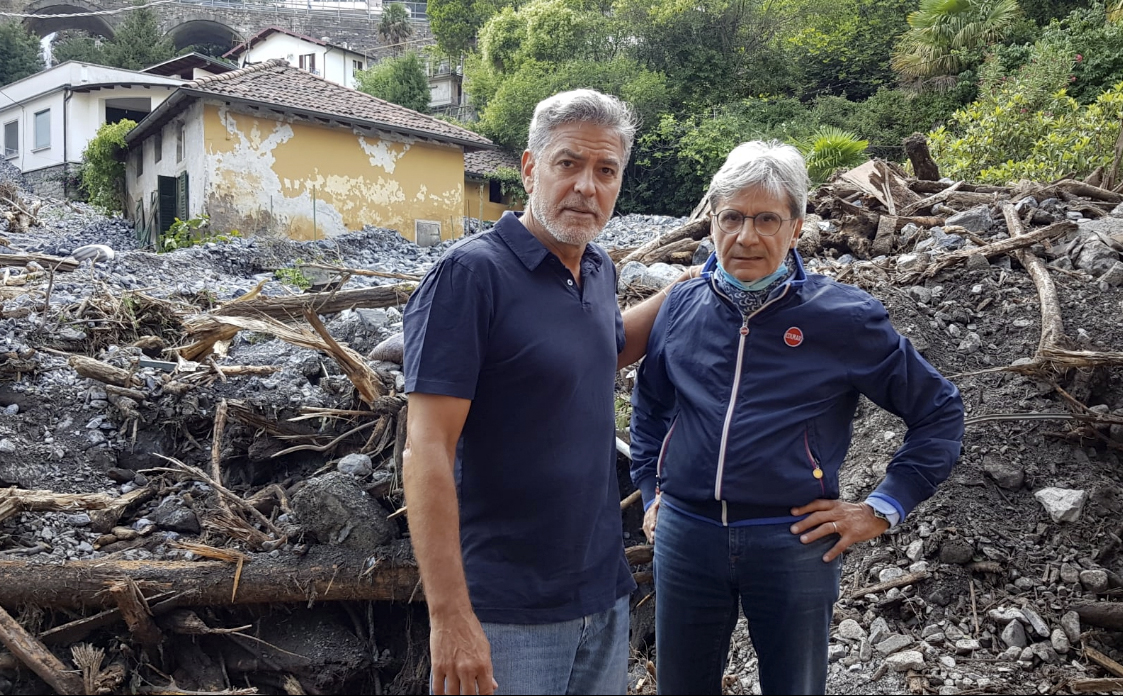