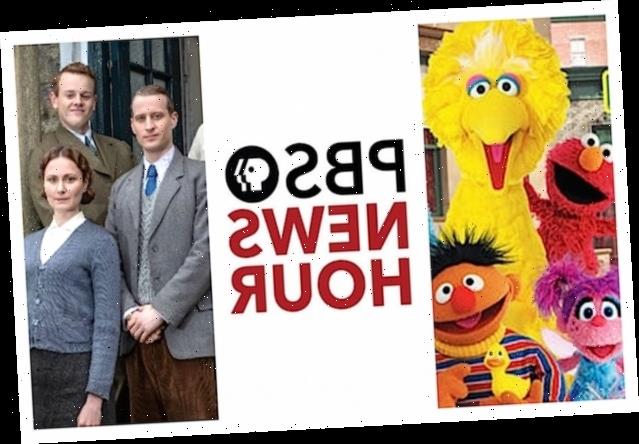 Inside PBS’ Digital Rebrand for the New Streaming Landscape

“We had a flip phone brand in an iPhone world,” PBS executive Ira Rubenstein says

The venerable Public Broadcasting Service (PBS) is staking its turf in the streaming world with a new branding effort and nationwide website upgrades to allow viewers to more easily discover, access and manage programming on multiple platforms and devices.

Despite the increasing number of multi-platform streaming services, potential viewers did not realize they could find their favorite PBS content via the platform or device of their choice, said Ira Rubenstein, PBS chief digital and marketing officer.

Rubenstein said many PBS viewers are not aware that its programming is available to stream for free via the PBS App on iOS and Android devices, Roku, Amazon Fire TV, Apple TV, Samsung Smart TV, Chromecast and others.

In order to counteract the disconnect, about 80% of the nation’s 350 public stations, including the local flagship stations KCET and PBS SoCal, are currently launching a rebranding effort intended to make it easier for viewers to find their way to their desired programs on a preferred platform. The changes include new logos and website redesigns.

“We had a flip phone brand in an iPhone world,” Rubenstein told TheWrap. “It had been more than 12 years since we had done any sort of meaningful PBS branding. Our packaging was built for broadcast, not for digital.”

PBS SoCal/KCET president and CEO Andrew Russell said the effort goes beyond letting viewers know that they can find programming using various devices and platforms. He also wants to make sure viewers see PBS programming as an attractive alternative to major streaming platforms.

“We are adjusting for a digital age, where national and local PBS content needs to be front and center with programming from Disney+, Apple TC, Hulu and all the other streaming leaders,” Russell said.

The nonprofit PBS has been developing its digital presence for almost a decade, launching its PBS Digital Studios original series programming in 2012 on YouTube.

The studio has continued to launch new digital efforts, including its longtime standard PBS Kids programming on a new 24/7 PBS Kids Channel in 2017, available on television through PBS member stations but also as a streaming service via the web and the PBS KIDS app.

Some classic shows associated with PBS are now also available on paid streaming services. First-run episodes of “The Great British Baking Show” moved from PBS to Netflix in 2018. “Sesame Street,” which made its PBS debut in 1969, struck a deal to move its first-run episodes to HBO in 2015 and began airing first-run shows on HBO Max when the new streamer launched in May 2020. New episodes air on PBS platforms about nine months later.

Rubenstein acknowledged that new episodes of “Sesame Street” and a handful of other shows can no longer be seen first on PBS platforms due to streaming deals with paid content platforms; the vast “Sesame Street” library can still be accessed on both PBS and HBO Max. As to getting access to first-run “Sesame Street” episodes, he added with a laugh, “I don’t think it matters too much for a 3- to 5-year-old.”

“If you were to look at us as a global social media property, we rank in the top 6% based in minutes watched,” he said.

He added that more than 100 million people per month watch PBS programming on its traditional TV stations. 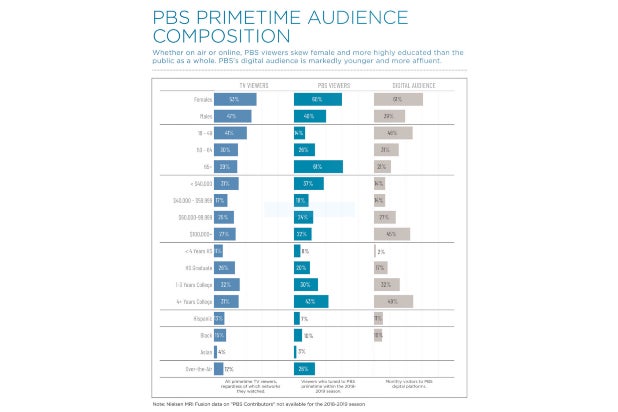 Russell said digital connections allow the stations to make some of their local programming available in other national markets. On that list is the six-episode series “Concert at the Hollywood Bowl” featuring concerts conducted during the past decade by Los Angeles Philharmonic Music Director Gustavo Dudamel and co-produced by LA Phil and KCET.

PBS does offer paid programming via its SVOD Prime Video Channels, which are available on Amazon Prime Video. In addition to the monthly cost of being an Amazon Prime membership of $8.99 monthly or $119 per year, each PBS video channel carries its own monthly price: PBS Kids ($4.99), PBS Masterpiece ($5.99), PBS Living ($2.99) and PBS Documentaries ($4.99).

Users can also access PBS Living on Apple TV channels via the Apple TV app for $2.99 per month. Viewers can also join PBS Passport, allowing access to full series and local programming presented on their area PBS station. For KCET/PBS SoCal, PBS Passport is available to anyone who becomes a station member by contributing $5 per month, $60 per year or more to the station.

Rubenstein said Passport access allows viewers who have become addicted to binge-watching a series on Netflix or other streamers to do the same on the PBS platform. “All the Ken Burns films, ‘All Creatures Great and Small,’ if you’re a member of Passport, you can binge the whole station,” he said. He added that if you are not a member, you can usually sample a few episodes of a series for free.

Despite providing paid options as a way to help fund PBS programming, Rubenstein and others said the main mission of PBS remains to provide free programming to underserved communities and to help people figure out how to find it.

“It helps with the digital divide,” he said. “Not everyone is broadband, and when you get to rural America it gets even more challenging.”