JEREMY McConnell is having the trip of a lifetime to Santa's official home with his one-year-old daughter, Storm.

The reality star, 30, took to Instagram to let his fans see the amazing holiday he was having in Lapland, Finland with Storm and his girlfriend Katie McCreath, 35. 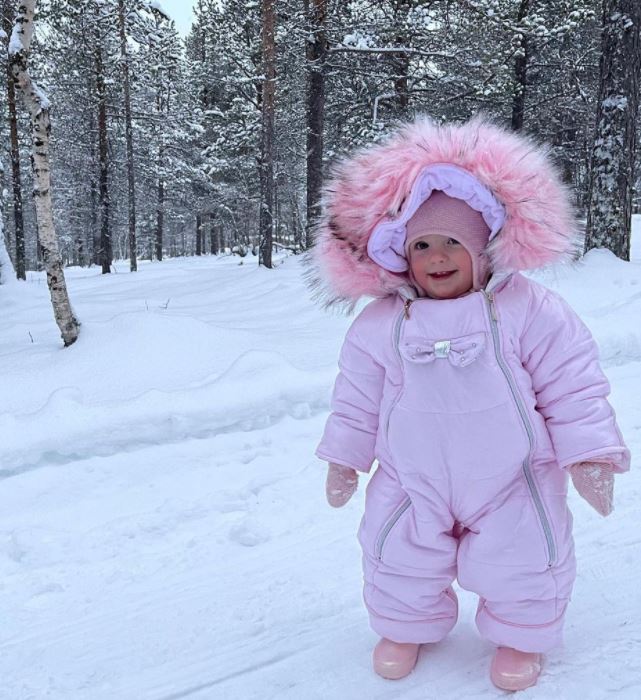 The family of three landed in the winter wonderland this week and have wasted no time seeing the sights.

Bundling Storm into gorgeous one-piece snow suits in pink and grey colours, the family has gone dog sledding and even bumped into the "big man" himself.

"Bumping into Santa all over the gaf," Jeremy wrote on Instagram alongside a photo of him holding Storm up next to Santa Claus and a reindeer.

Other photos he shared showed their amazing accommodation which looked out onto a snow covered forest. 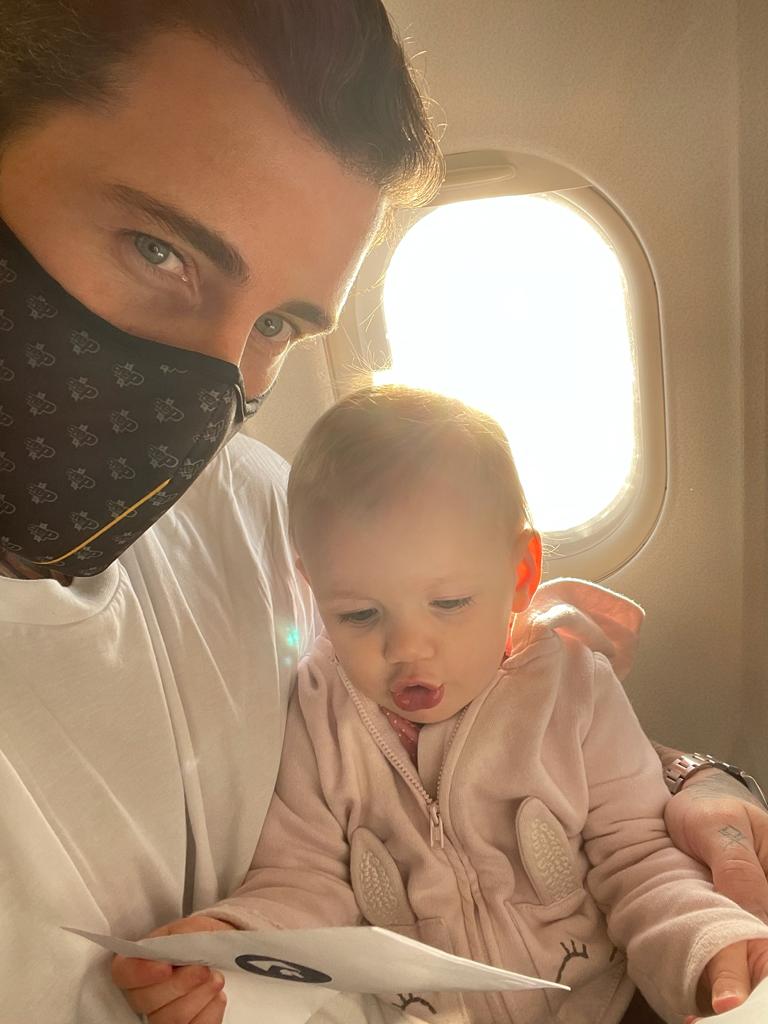 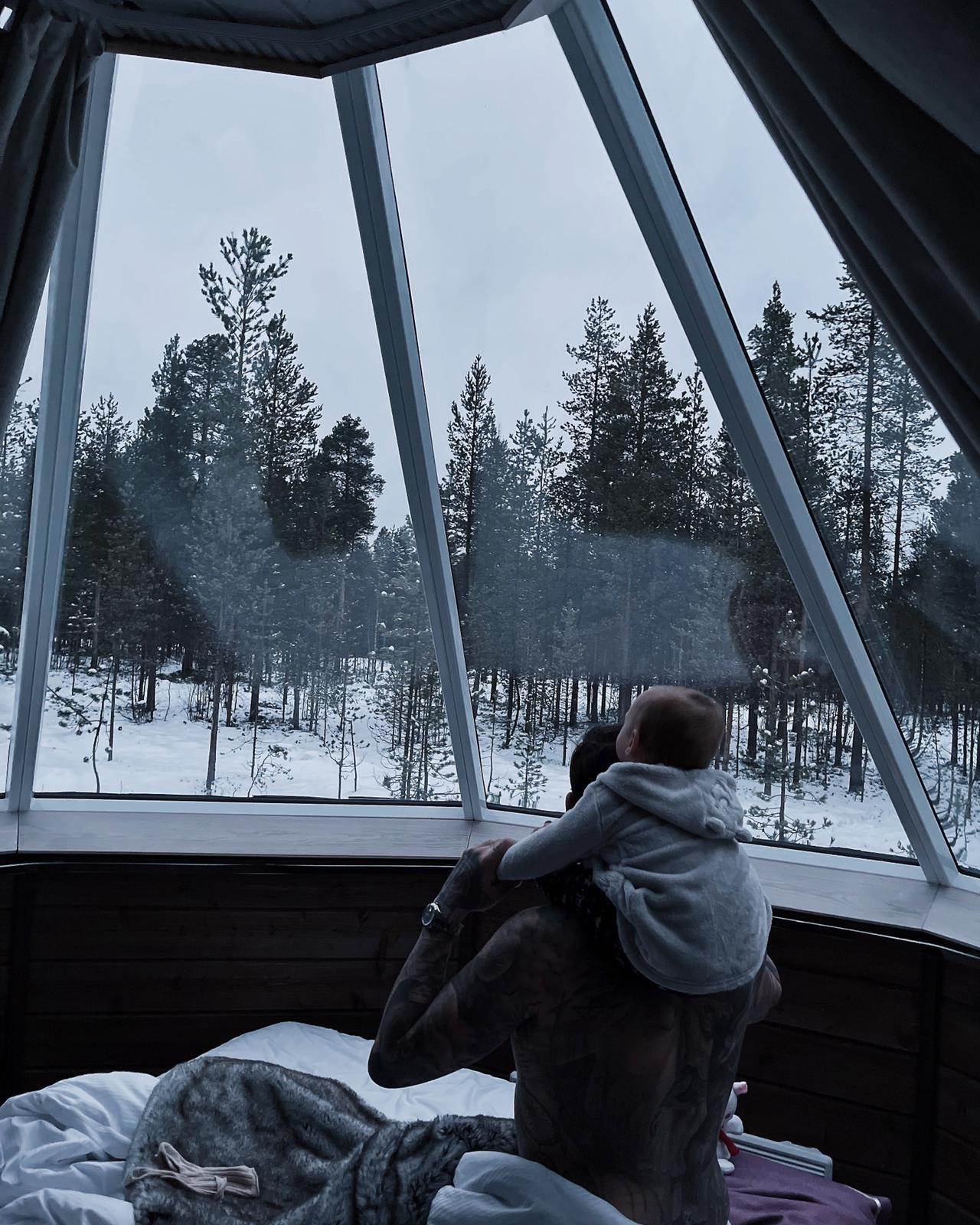 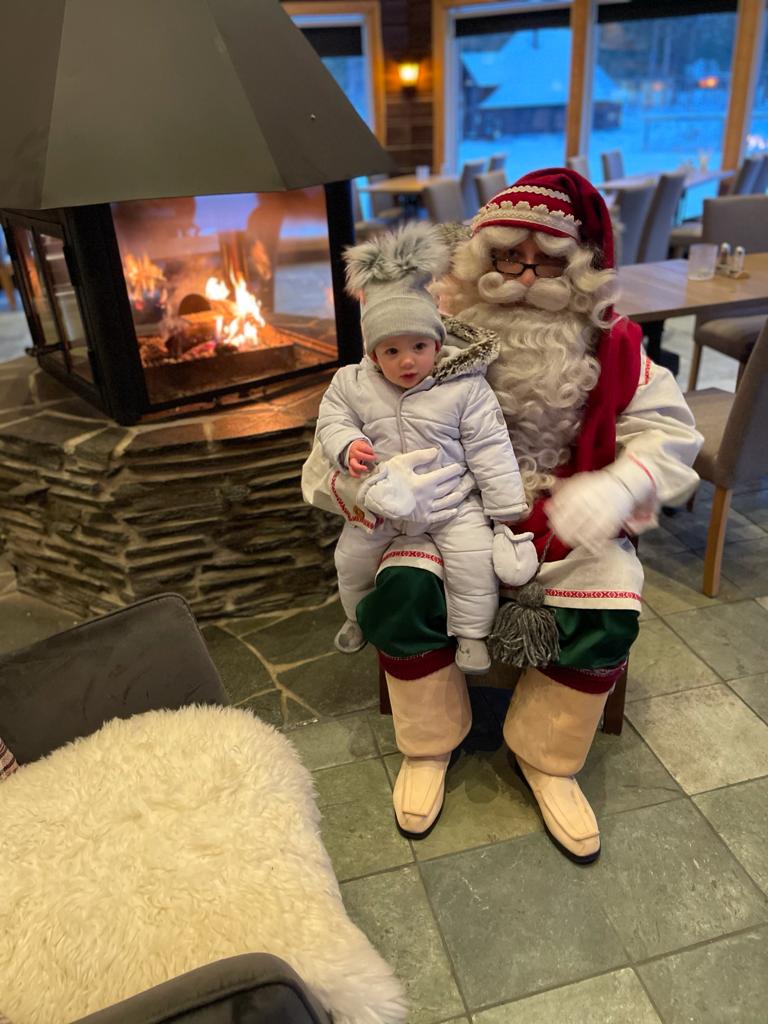 The pair even stayed in a giant teepee with a burning fire and amazing views of the nighttime forest.

Jeremy admitted to not wanting to leave the arctic resort that they will be calling home for the next week.

"Cookies , milk and Christmas films in Lapland what more could you want 💕," he wrote alongside a pic of Storm in a onesie and warming up safely near a fireplace.

The family have already enjoyed a huski safari and a reindeer safari with Jeremy joking that his snow attire made him look like he was in a boy band. 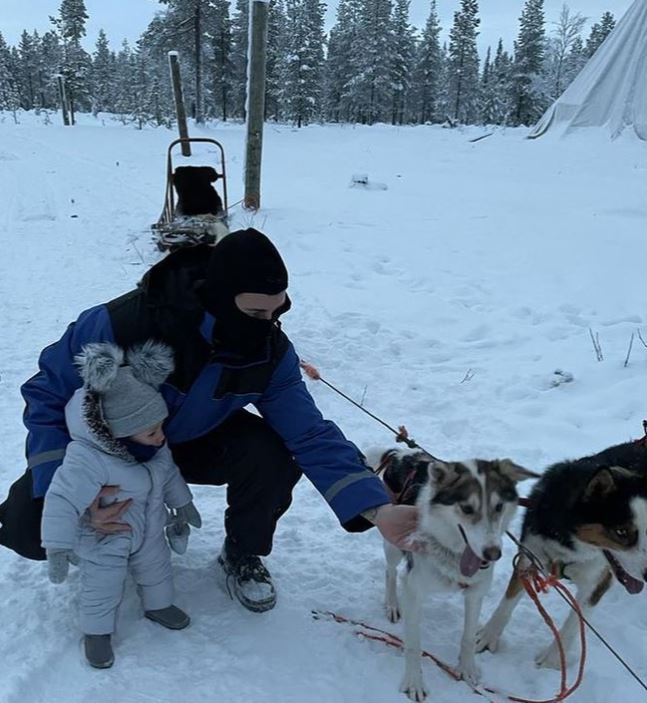 The family's fun in the snow comes just a couple of weeks after Jeremy and Katie threw a lavish first birthday party for Storm.

Storm was treated like a princess for the day as her bedroom was completely transformed into a magical space of presents, balloons and tasty cake. 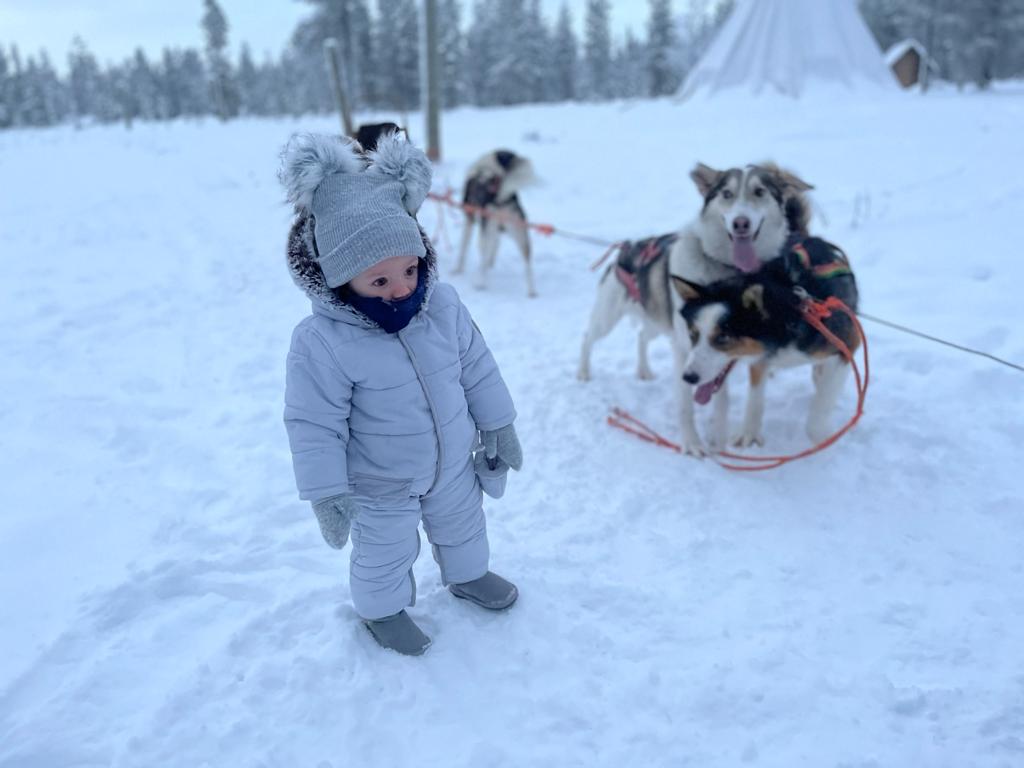 The pair organised the perfect backdrop of some pink and white balloons for Storm to pose for pictures in front of.

K Lowde photography managed to get take some stunning shots of the tot so that the trio can look back on her first birthday and think about the happy times they spent together. 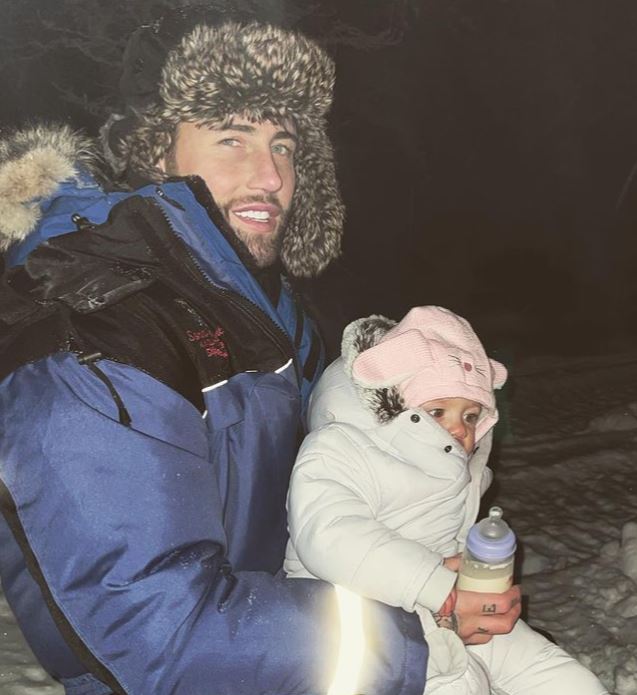 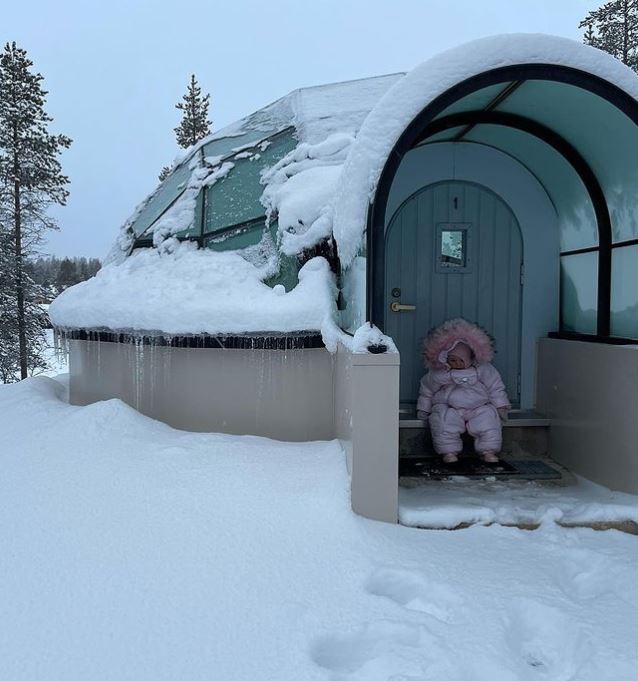 Jeremy and Katie also surprised their daughter with the best present a little girl could want – a puppy.

The birthday girl looked over the moon as Jeremy picked Winnie the French bulldog up from her hiding place and placed her on the floor so that they could play with each other.

Jeremy dedicated a post to his daughter's special day with an adorable tribute which had various snaps of her opening her gifts.

He captioned the post: "Happy 1st birthday to my beautiful daughter, No words could describe how precious you are 💕."