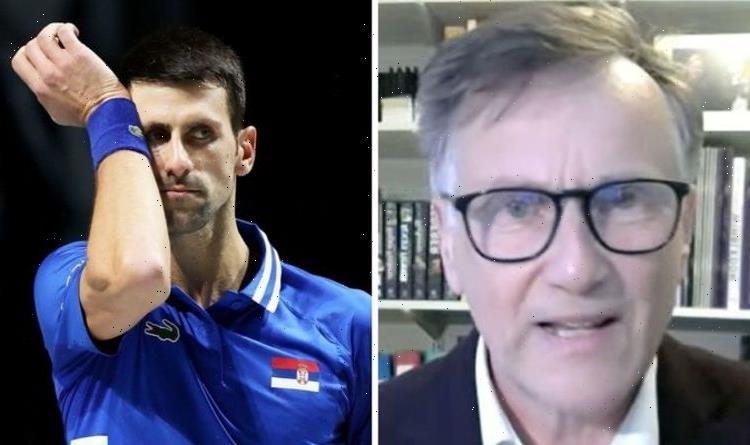 GB News presenter Eamonn Holmes chatted with expert Chris Bowers on Tuesday regarding Novak Djokovic’s chances at the upcoming Australian Open. It remains unclear whether the Serbian Grand Slam winner will be definitely able to compete in the tournament, despite winning the appeal to overturn his visa cancellation.

Chris claimed Novak’s chances of coming out on top have taken a sharp decline following the events of the past few days.

Novak was denied entry into Australia when he claimed he was exempt from a Covid vaccination, a decision which was later overturned.

However, the player’s fate is to be determined by Australia’s immigration minister, Alex Hawke, and he could still face deportation and the cancellation of his visa.

“I think he will have been hurting in that quarantine hotel,” Chris speculated.

“My one criticism of him is he frequently doesn’t read the room. He can be a little bit insensitive.

“I may be proved wrong on this, but even if he is allowed to play, that he won’t win the Australian Open.”