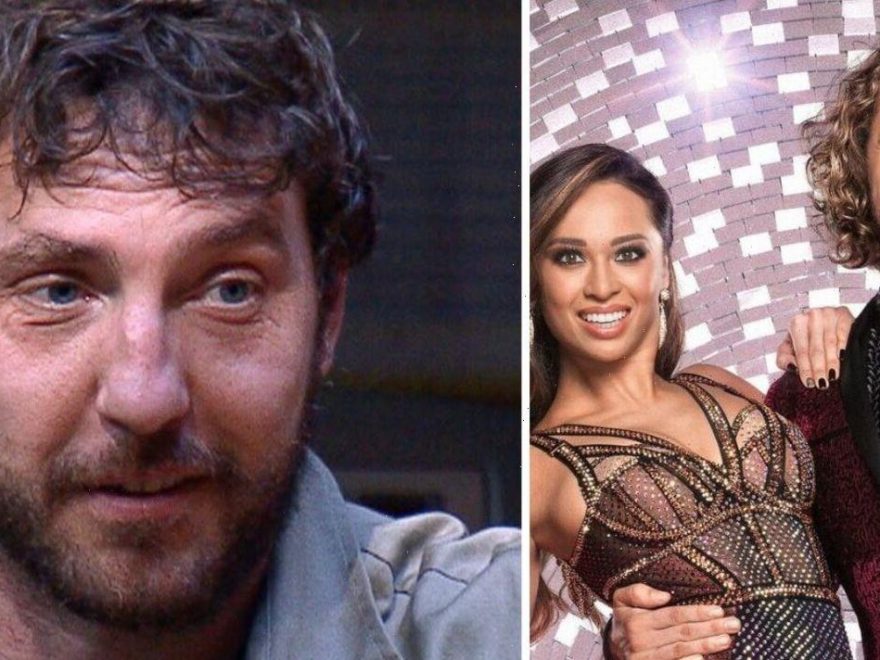 I'm A Celeb: Seann Walsh opens up about kiss with Katya Jones

Seann Walsh took some time away from the limelight to recover following his stint on Strictly Come Dancing until his recent stint in I’m A Celebrity… Get Me Out of Here! Tonight, he opened up to fellow comedian Babatunde Aleshe about its effect on him and his comedy career.

Whilst washing up the dishes for the other campmates after dinner, Babatunde and Seann discussed their comedy careers.

He added in the Bush Telegraph: “Me and Baba definitely have a connection just by the fact that we are comedians.”

“Easily the most depressing month of my entire life, Edinburgh after Strictly,” Seann continued whilst they were washing up.

“We get to Edinburgh, right, I think it’s a 200-seater, I’ve never not in Edinburgh sold out the first night.

“It doesn’t even occur to me that it’s not sold out. Just before I’m about to go on, my agent comes in and goes, ‘Just so you know, there’s like 30 people.’

“A lot of the times we never talk about some of the hardest times.”

Touching on what he thought his life was going to be after the scandal, Seann added: “My agent said, ‘There’s nothing I can do. I’m sorry, I’ve tried. I’ve tried everything.’

“Genuinely. I mean that I swear on my life. I can’t be on trains.”

Babatúndé added about his own career: “I stopped because I had a mental block. I can’t come up with new stuff.

“I just can’t come up with new jokes, it’s just not happening for me. I lost the love. I made the smart choice, left acting and I was just working, normal 9 to 5.

“Then a month later, everything changed. Everything. Mo [Gilligan] invited me to do a podcast with him and then he was like, ‘Oh, do you want to come on tour with me?’ and then from there it just went crazy.

“From an office job to 10 nights at the Apollo to the 02 Arena, to here. To the jungle. I’m so grateful for this opportunity.”

Seann was part of the Strictly Come Dancing line-up in 2018 and was voted off just three weeks after he and dance partner Katya Jones were caught sharing a kiss.

Photos were released of the pair kissing one another after a boozy night out and they publicly apologised for their actions on Strictly: It Takes Two.

Despite the scandal, Katya has remained a permanent fixture on Strictly Come Dancing, whilst Seann has received a large amount of support since entering the jungle.

I’m A Celebrity… Get Me Out of Here! airs daily from 9pm on ITV.