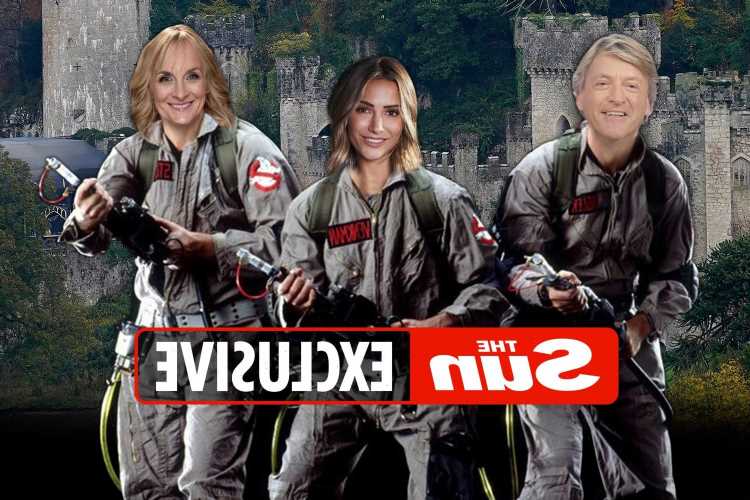 WHEN it comes to bone-chilling trials, I'm a Celeb contestants might be expecting bug-eating and highwire walks – but now they've been warned to also expect a visit from otherworldly spirits.

Ghost hunter Nick Stoppani, 40, has said that Gwrych Castle, Wales, is a hotbed for ghoulish activity due to “witchcraft, sacrifices and the dark arts” being carried out there. 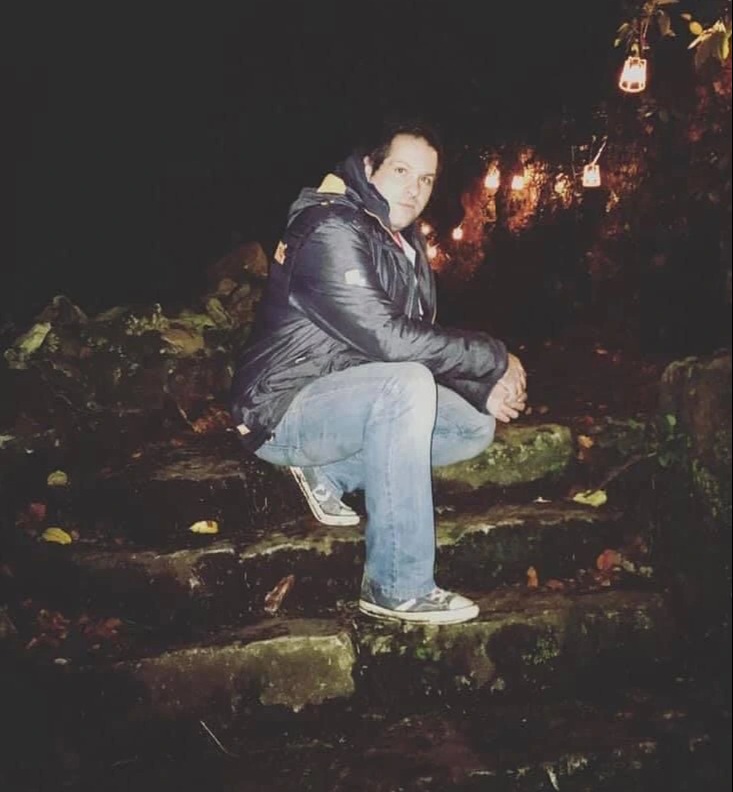 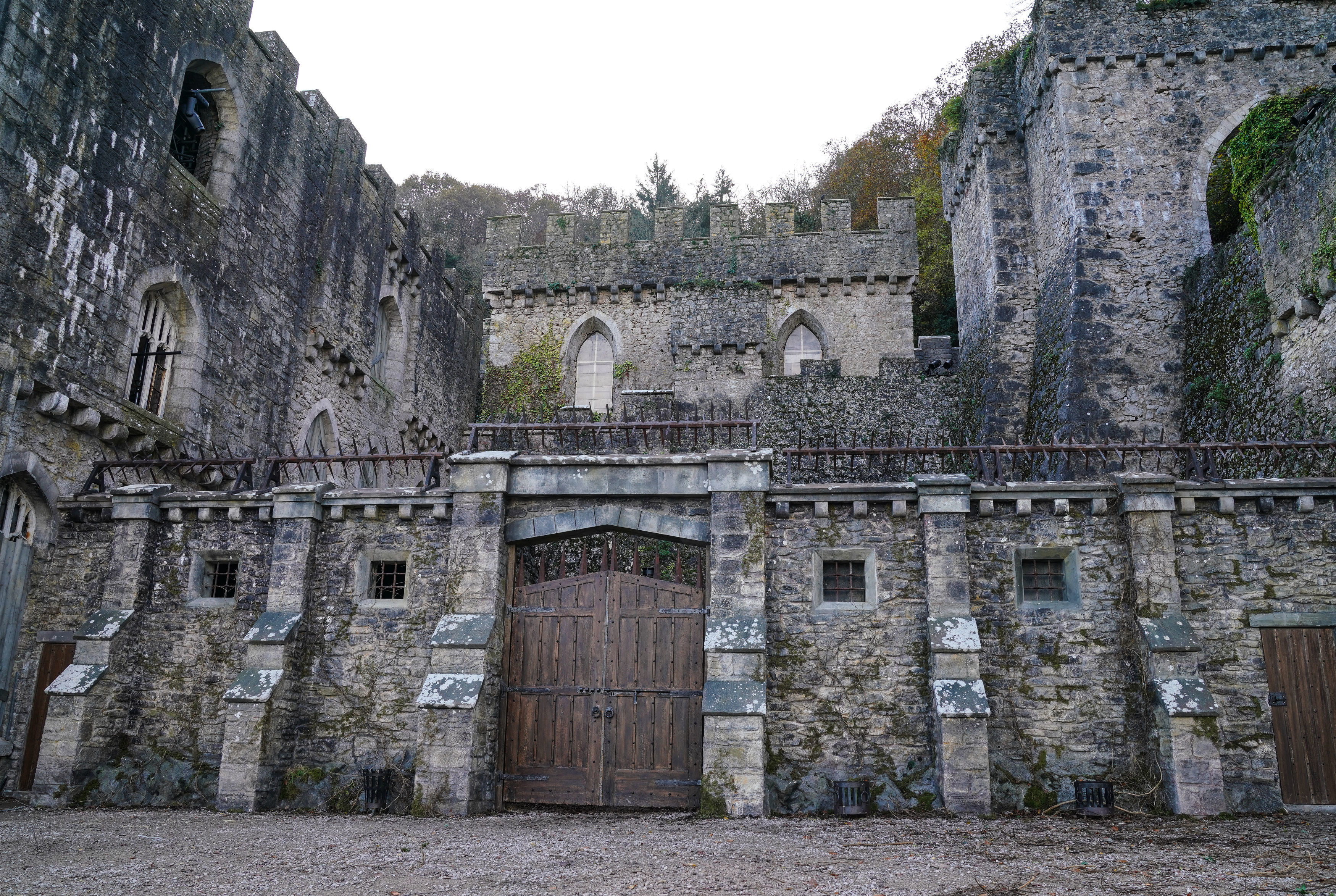 The dad, from Brackley, Northamptonshire, has been investigating all things paranormal for nearly two decades and has appeared on several online shows.

He’s hoping contestants will get a fright in the castle after experiencing some chilling things himself during a paranormal investigation in 2017.

During the trip, Nick felt “extremely sick” while using a ouija board and also claimed spirits answered his questions with a series of tapping sounds.

He's not the only one to believe it’s haunted – Kerry Katona fled in terror after hearing chilling voices yell “get out” during a TV show earlier this year.

During the last season of I'm A Celebrity, some crew members refused to work at night after seeing "shadowy figures" and hearing "horrifying noises".

Locals also claim to have seen haunting figures including a poltergeist butler, a malicious countess dubbed ‘the Lady In White’ and a young servant girl.

Nick told The Sun: “I’d love for there to be a paranormal experience on I’m A Celebrity.

“It’s a haunted place. I believe people with bad intentions have practiced witchcraft and the dark arts there – things like sacrifices and spells.

“I believe it because I felt very queasy and quite sick while we were using a ouija board in one part of the castle.

“Whenever I feel like I physically want to throw up during a paranormal investigation it’s because the location has some link to witchcraft or the dark arts.

“One of my colleagues who was also on the investigation had an overwhelming sense of there being witches or witchcraft there too.

“In another section of the castle, I asked the spirits to make a tapping sound to indicate how many spirits were in the room and I heard three taps."

'I could see Richard Madeley getting haunted'

When it comes to how the I'm a Celeb stars will fare, Nick has his eyes on one in particular.

“I'm hoping the contestants will experience something too but you can never predict things with the paranormal world," he says.

"Something could happen on the opening night of I’m a Celebrity that absolutely freaks them all out or it could be peaceful.

“If I could ask a spirit to affect anyone it would be Richard Madeley, I think he would react to it well and wouldn’t take the mickey.

“I don’t know his views about spirits but from my observations, I think he would be fantastic at delving into the paranormal world.”

Nick, who works as an entertainer, spent six hours at the supposedly haunting castle, which was built between 1812 and 1822.

He believes people are right to be fearful of the location because there have been so many reports of spooky sightings. Nick also has a theory of his own.

“I would put money on it that people – even in recent years – with the wrong intentions have entered that location and left their mark," he said.

“Whatever it was that’s now embroidered into the fabric of the building.

“I’d be surprised if visitors haven’t practiced dark sacrifices, spells and that kind of thing that focuses on the dark energy of this world – especially in somewhere like Wales!”

Nick, who is a “massive fan” of I’m A Celebrity and watches every year, longs for nothing more than a paranormal experience to be filmed during the show.

But like many times in his near 20 years investigating ghosts and spirits, he insists the paranormal world is “extremely unpredictable”.

“Even with an immensely haunted building where there is lots of activity the next night nothing could happen – you can’t always guarantee it,” Nick said.

However, he claims there are certain things that can attract a spirit, such as being in a low mood or a firm disbeliever.

“During the days when you’re feeling sluggish, depressed or down in the dumps, that's when the negative spirits can latch on,” Nick said.

“It can happen when you’re vulnerable, weak and off-guard especially – so fingers crossed the celebrities are a happy bunch.

“That said, I would love to see some amazing paranormal activity kick-off.”

Out of the full cast – which includes TV presenters, sports stars, musicians and more – Nick has a bad prediction for one of the show’s DJs.

“If I had to guess – apart from Richard – I’d say Naughty Boy could have a paranormal experience.

“I think this because he’s a big bloke and often they are the most scared because they don’t fully understand the paranormal world.

“One thing is certain, if a spirit takes a disliking to someone you will know about it because something seriously will be going on

"I guess the only way to find out is to watch it.”

Nick believes there was a spike in paranormal activity during lockdowns and since people started working from home due to everyone being more observant.

He recounted several instances at his own home including a teddy bear mysteriously sitting upright, a microphone flying off a stool and a music box switching on by itself.

Nick believes interest in the paranormal world is on the rise too – as he and some ghost hunting pals broke a Guinness World Record for ‘Most viewers for a seance Livestream on Facebook’.

They hope to smash their previous record, which was 9,000 viewers, next year and claim they could pass it by several million.

He added: “I believe in ghosts and spirits but I’m always wanting more evidence, so I’ll continue to investigate and find more proof.”

I’m A Celebrity… Get Me Out Of Here! starts at 9pm Sunday on ITV. 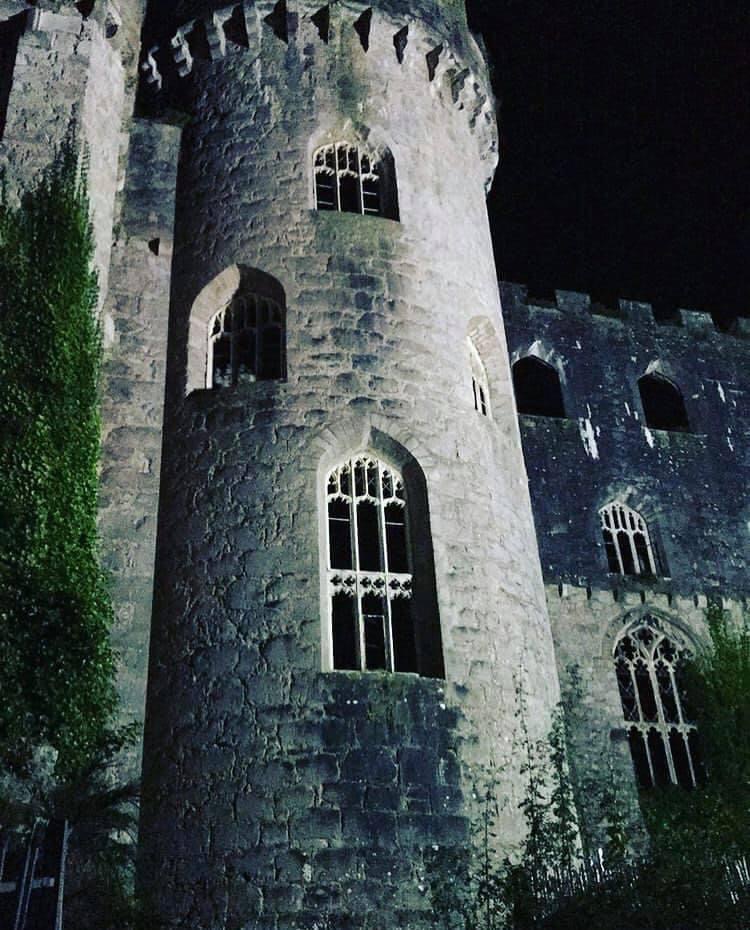 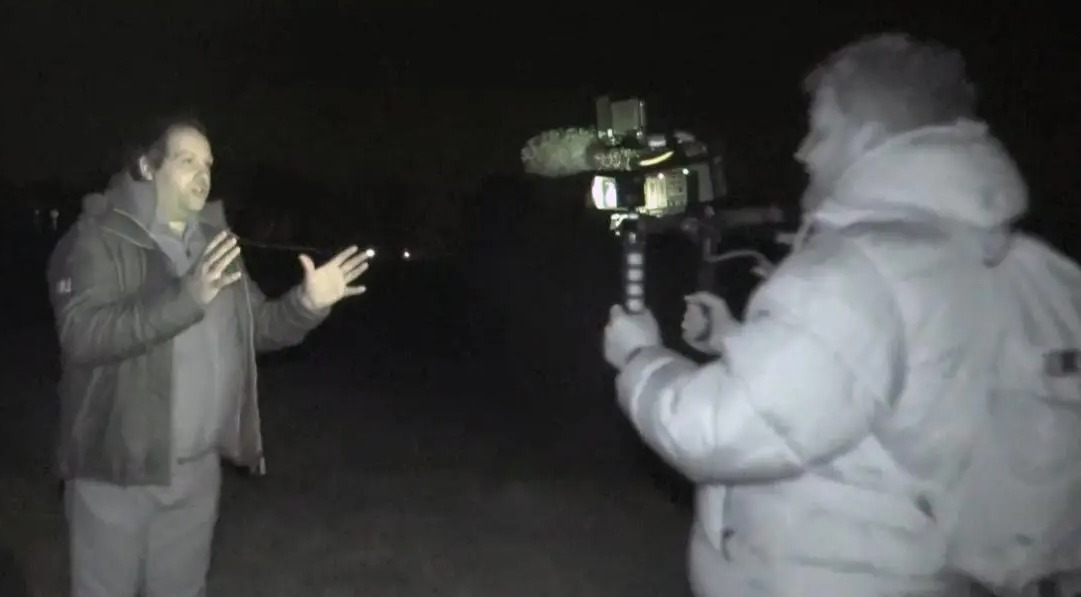 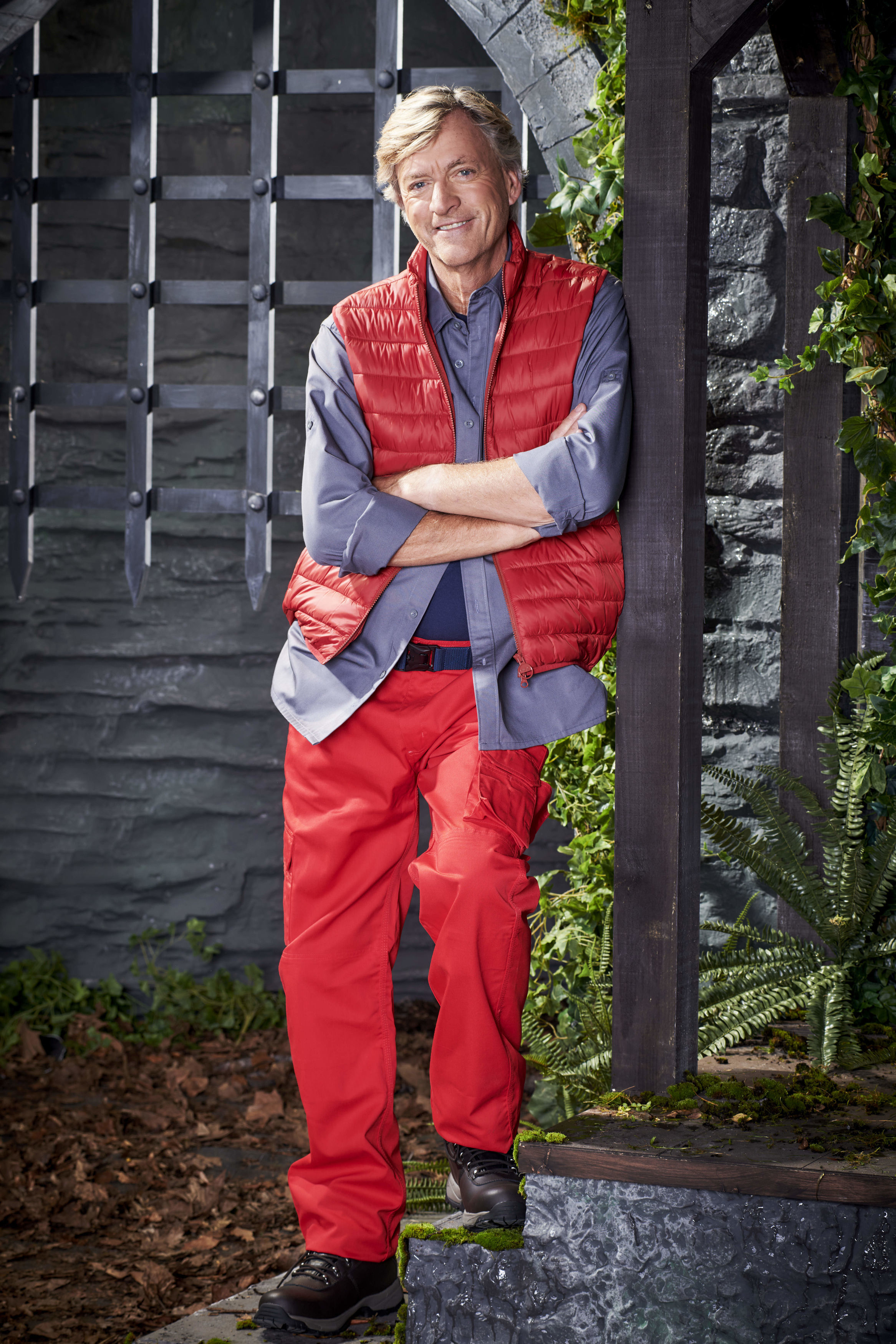 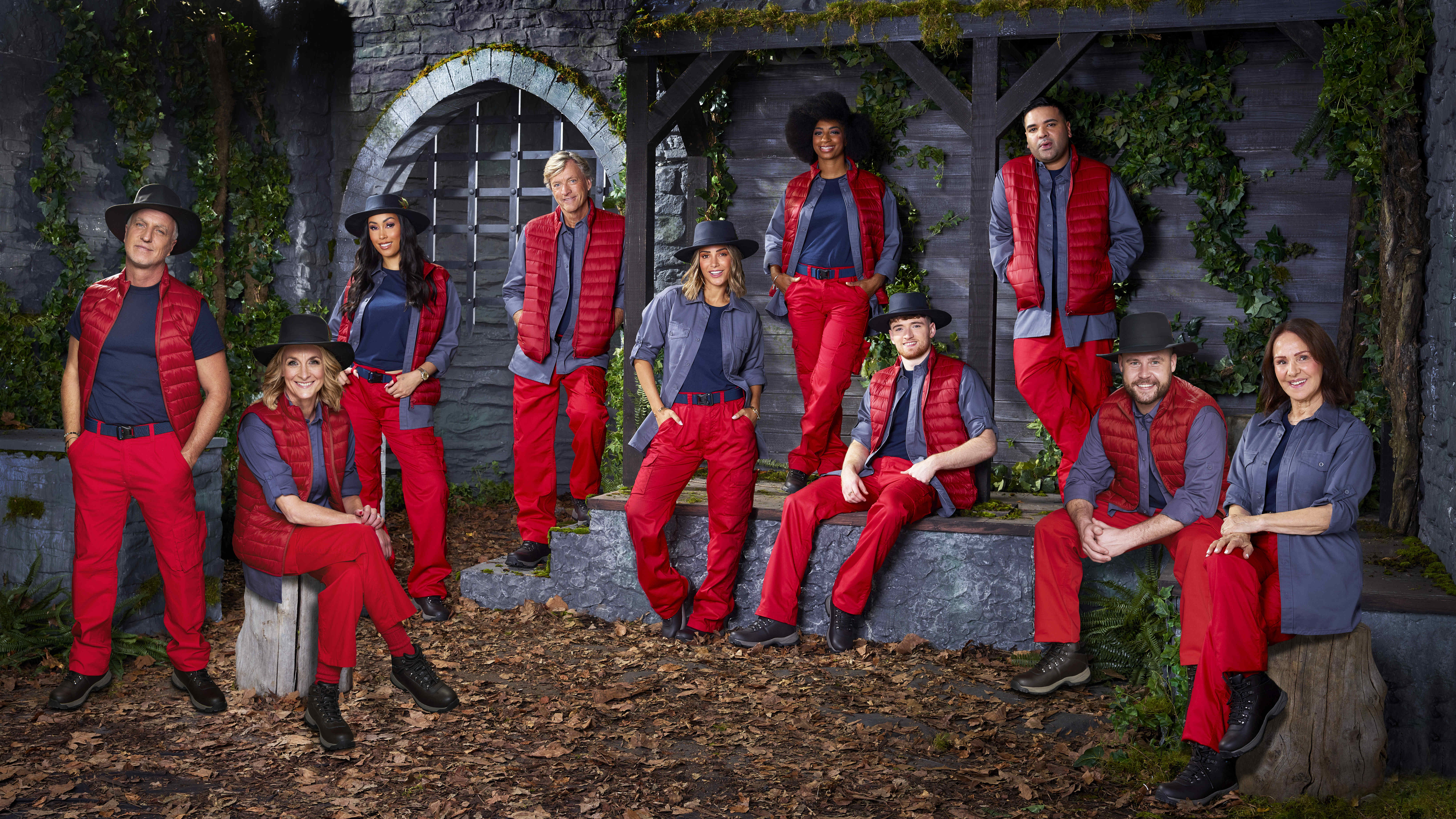 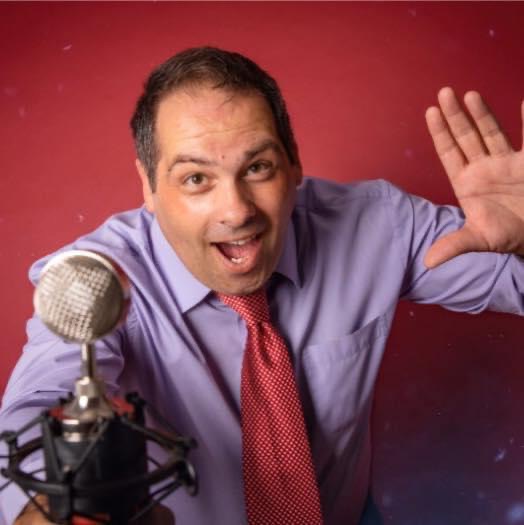