Yet, in April, when she completed training to become a Special Constable patrolling the streets of London, her super-famous hubby felt more than a little anxious. 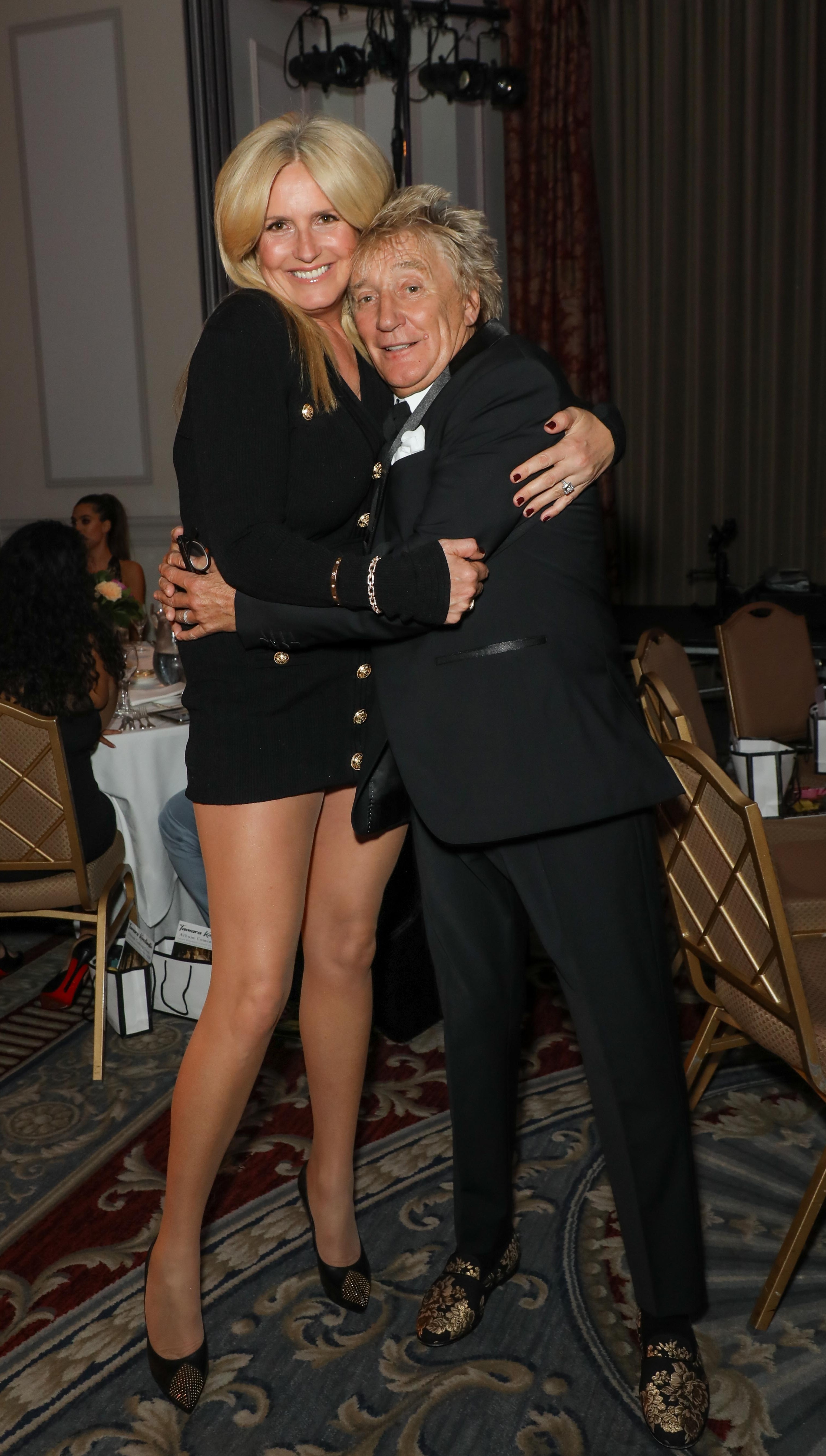 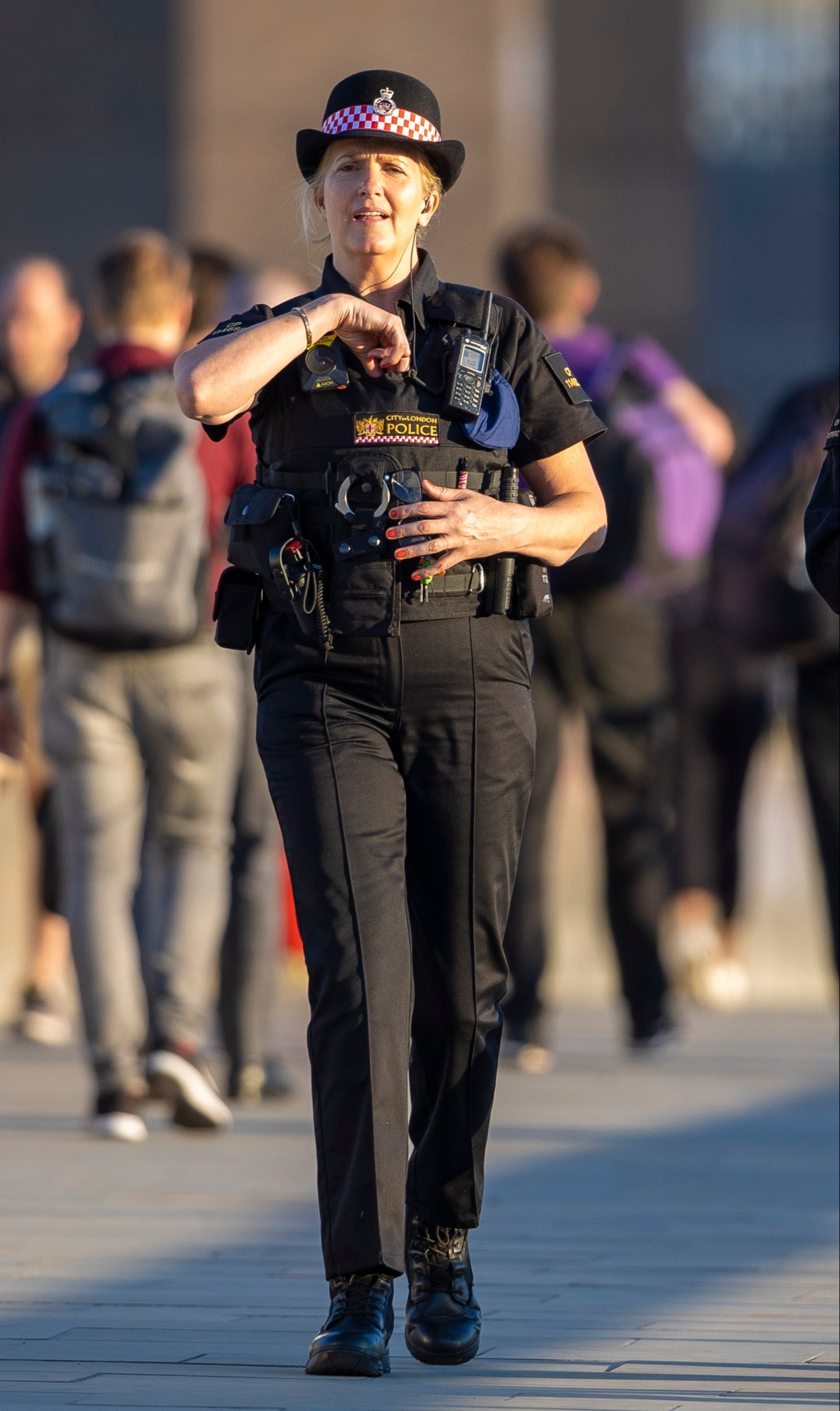 The singer, who was knighted in 2016 with Penny becoming Lady Stewart, says: “I don’t sleep unless I get a call to know she’s safe.

“I send a driver for her every night — her area can be rough.”

With that in mind, Rod, who knows The Sun’s HQ has views over the Thames, asks me: “Which bridge is it that you look down on?” “London Bridge,” I reply.

“That’s Penny’s beat, London Bridge and Tower Bridge, because it’s the City, innit?” he affirms, putting on a mock Cockney accent and puffing up with more pride than he might for a new album or sell-out tour.

“Oh man, she’s saved lives, talking people out of jumping off the bridges,” continues Rod before describing more of her dramas.

“Just the other day, she stopped a guy in a Lamborghini with blacked-out windows, Saudi Arabian plates and the wrong licence. She had the car towed away.”

He reveals how Penny was involved in a Friday night drugs bust at packed Liverpool Street Station.

“Her team and their dogs were waiting at the bottom of the escalators. They were nicking them (the dealers) as they tried to escape.”

Fully aware of his partner putting herself in dangerous situations, Rod decided to have a look at her stomping ground for himself.

“I took my Rolls-Royce through the area the other night, Phantom, as big as they come, white on white,” he says, referring to his limo’s exterior paintwork and matching leather upholstery.

“The people were good as gold though. They looked at the car and saw me in the back. One bloke said, ‘You all right, Rod, mate?’”

She was inspired to become a Special Constable after appearing on Channel 4 reality show Famous And Fighting Crime.

To get one of the volunteer jobs with the Met, you have to put in 200 hours a year and you’re given the same powers as a regular police officer.

So what drives Penny to pound the beat when she could be tucked up with her partner at their huge pile in Essex? I ask her spouse.

“I think it’s as cliched as giving something back to society,” says Rod. “She told me she just loves London and she wants to look after it, which is a lovely thing to do.”

I’m meeting the 76-year-old at another London landmark, the swish Dorchester Hotel on Park Lane, just the place you’d expect to meet a music legend.

He looks amazing, dressed in white and cream, his trademark blond spiky rooster haircut present and correct along with an assortment of rings and bracelets.

Rod’s in terrific spirits, enthused by his latest album, Tears Of Hercules, which is out this week.

It ranks as one of the most vibrant, personal and heartfelt of an epic career stretching back nearly 60 years.

It continues Rod’s creative renaissance which began with 2013’s Time and extended to Another Country (2015) and Blood Red Roses (2018), all of which feature original songs and just a smattering of covers.

“I’m really enjoying songwriting now,” he says. “In the old days with The Faces, I just wanted to go out shagging and drinking and shagging and partying.

“I used to write the lyrics on tour and (bassist) Ronnie Lane would literally shut me in my room with a bottle of wine.

“They’d all go out and have a good time and I’d be writing, but now I love it.”

Two new songs, I Can’t Imagine and Precious Memories, were specifically written with Penny in mind.

The first is unblushingly romantic, with Rod intoning over a mid-tempo groove: “I can’t imagine waking up with anybody else but you.”

The latter, a dreamy last dance ballad, recalls his first date with her. “I saw you on the dancefloor, dancing to that George Michael,” he croons, before later affirming: “You were gorgeous then and still are.”

Another song, the tongue-twisting Kookooaramabama, is, says Rod with a twinkle in his eye, “definitely all about sex. Do it wherever you want as long as you’re not breaking the law, back of the car, in the kitchen, in the cemetery. Everyone does it, it’s nothing new!

I love a cuddle with Penny at night, especially when she’s come off the beat.

So, big question, does the man who has spent all his rock star life in the company of beautiful women still enjoy a bit of nookie?

“Yeah, not as often as I used to, but I love it,” Rod confirms with disarming candour. “I just love a cuddle at night with Penny, especially when she’s come off the beat.”

Like all of us, the Stewart family’s plans have been disrupted by the Covid pandemic over the past 20 months, meaning they’ve spent a lot more time in the UK, away from their other home in Los Angeles.

“We were locked down here for a whole year,” says Rod. “But I’ve been very happy — this is where I was born. It was relatively easy for me and my wife because we have a lovely huge house and lots of grounds.

“At one point I had all my kids staying with me. No, sorry, I tell a lie, the two who live in Los Angeles couldn’t come over. But I’ve got eight children!”

However, Rod points out: “I feel sorry for my teenage son (Alastair) because it’s like two years of his life have been nicked.

“I can’t imagine that happening to me when I was 16. At least he went to his first festival the other day, Reading.

“He wanted to stay overnight and had a real ruck with his mum about it. In the end he went for six hours and came home.

“I said, ‘Listen, you’ve got plenty of time. Next year, you’ll be able to do what you want, play the game now’.”

As for Rod, he’s been making the most of his gym and indoor pool to keep himself “fighting fit”. You might have seen pictures of him out and about on crutches because of two operations on what he calls “my funny old right leg”.

He says: “I’ve had a knee replacement, a whole new knee! It’s brilliant and I’m sprinting again now. I’m not as fast as I used to be and I can’t do football any more.”

It was a tackle by one of his sons that led to Rod’s other op. “Yeah, he did my ankle so it had to be fused.”

Speaking of health issues, he notes that his old sparring partner Elton John needed surgery last month after a fall.

“It’s sad to hear about Elton’s hip, really sad,” he tells me. “Send him my love. I bet he’s in tears missing all his shows. He’ll be back though.” So have they been reconciled, as has been widely reported? “Not really, but we still love each other. I was bang out of order criticising his tour as money-grabbing.

“We don’t get in contact with each other any more (they used to call each other Sharon and Phyllis) but I might send him a get well soon card, a bunch of flowers.”

I can’t help laughing that Rod’s album, quite by coincidence, is called Tears Of Hercules, because Hercules just happens to be Elton’s middle name. “Isn’t it funny,” he agrees. “I saw that in your paper.”

He’s very happy to have joined the growing ranks of rock ’n’ roll knights alongside Elt, Paul McCartney, Mick Jagger and the rest, although he thinks “Sir Van Morrison doesn’t quite fit”.

“I’m absolutely over the moon with it but I don’t insist that anybody calls me Sir Rod,” he says. “I remember the day after I got it, I was walking around in Epping and an old chap came along and said, ‘Well done, Sir Rod!’ He must have been in his Nineties.”

I like to spend 8 hours a day on my model trains… I’m totally addicted to it.

Next, we turn to his great abiding passion, his astonishing and vast model train layout.

“It’s all been moved over here from the States in three shipping containers, which was a huge, huge effort taking eight months,” he reports.

“They got to the Panama Canal and left one of my containers behind and had to go back and get it.

“All the trains, the buildings and the scenery you can keep but I had to have the track rebuilt in sections in a warehouse in California before being brought over.”

Now the whole thing occupies “one massive room, 60ft by 40ft” with stationmaster Rod admitting: “I spend eight hours a day on it, I’m absolutely addicted. Me and Jools Holland. He’s as fanatical as I am.”

To assist in his endeavours, he has enlisted two American model train experts.

“They have come over and live down the road in the pub,” says Rod. “They’re both married and both are in their 60s.

“They’re very reluctant to leave because they love it so much.”

Because there’s so much to do, Rod also gets help from his willing family, including 27-year-old son Liam, who plays professional ice hockey for Milton Keynes Lightning. “He was in there the other day putting little blinds into the skyscraper, cutting them off, sticking them on. And all the youngsters help.”

Rod reckons the rebuilding process will take a few more months and says “everyone should have a hobby like this!”

But, of course, there’s a big year ahead for his day job, including the new album, another Las Vegas residency and a huge world tour.

Though he refers to “when all this will end” on his song I Can’t Imagine, he has no intention of quitting any time soon.

“I’ll sing until I haven’t got any more air in my body.” 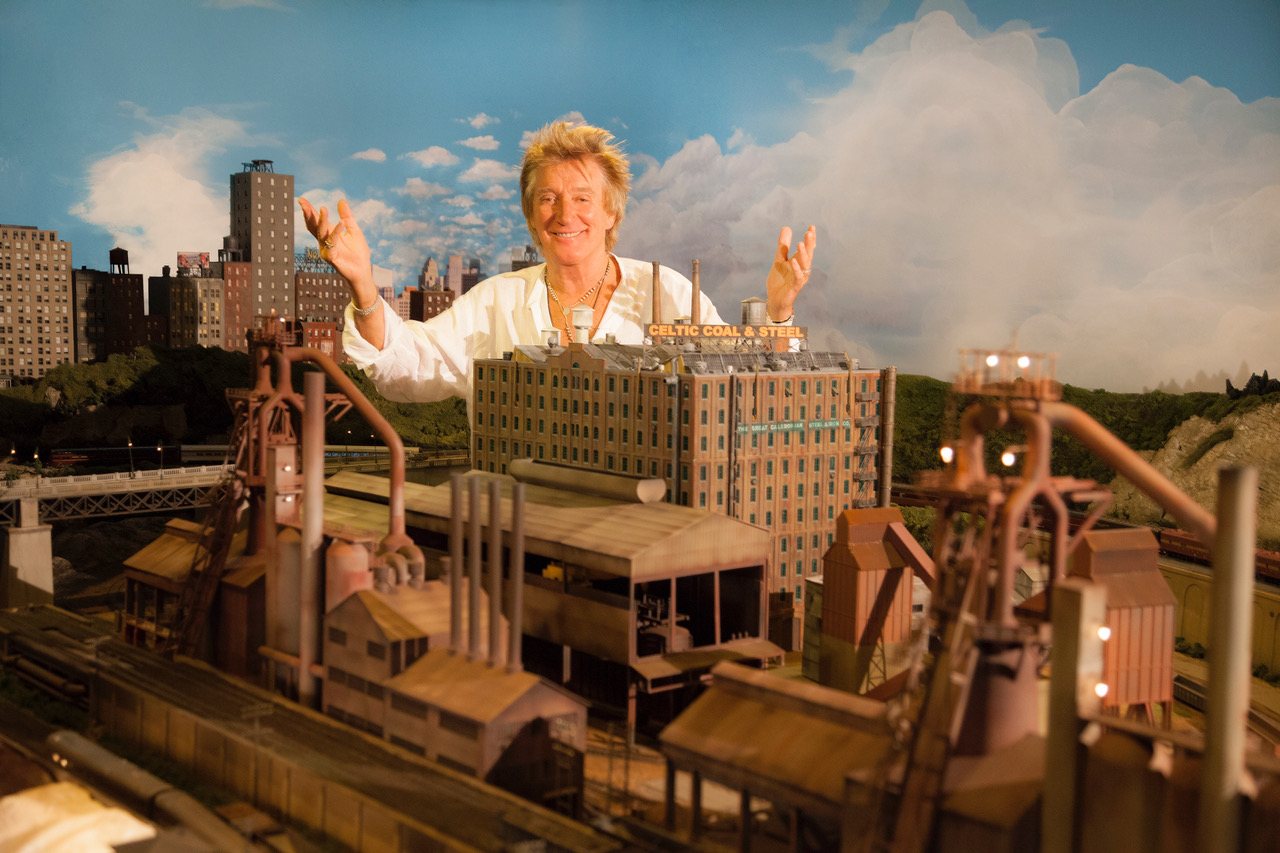 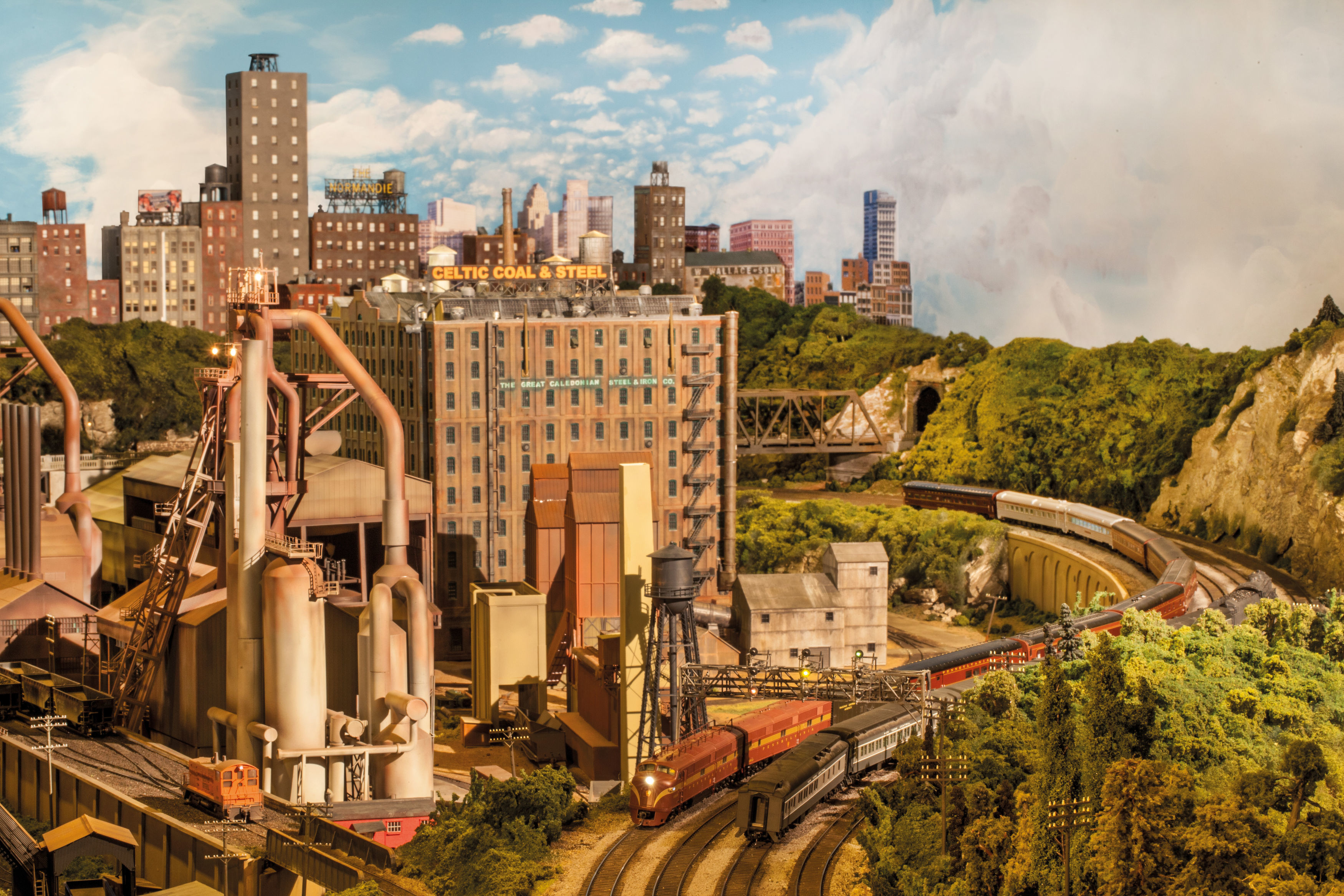 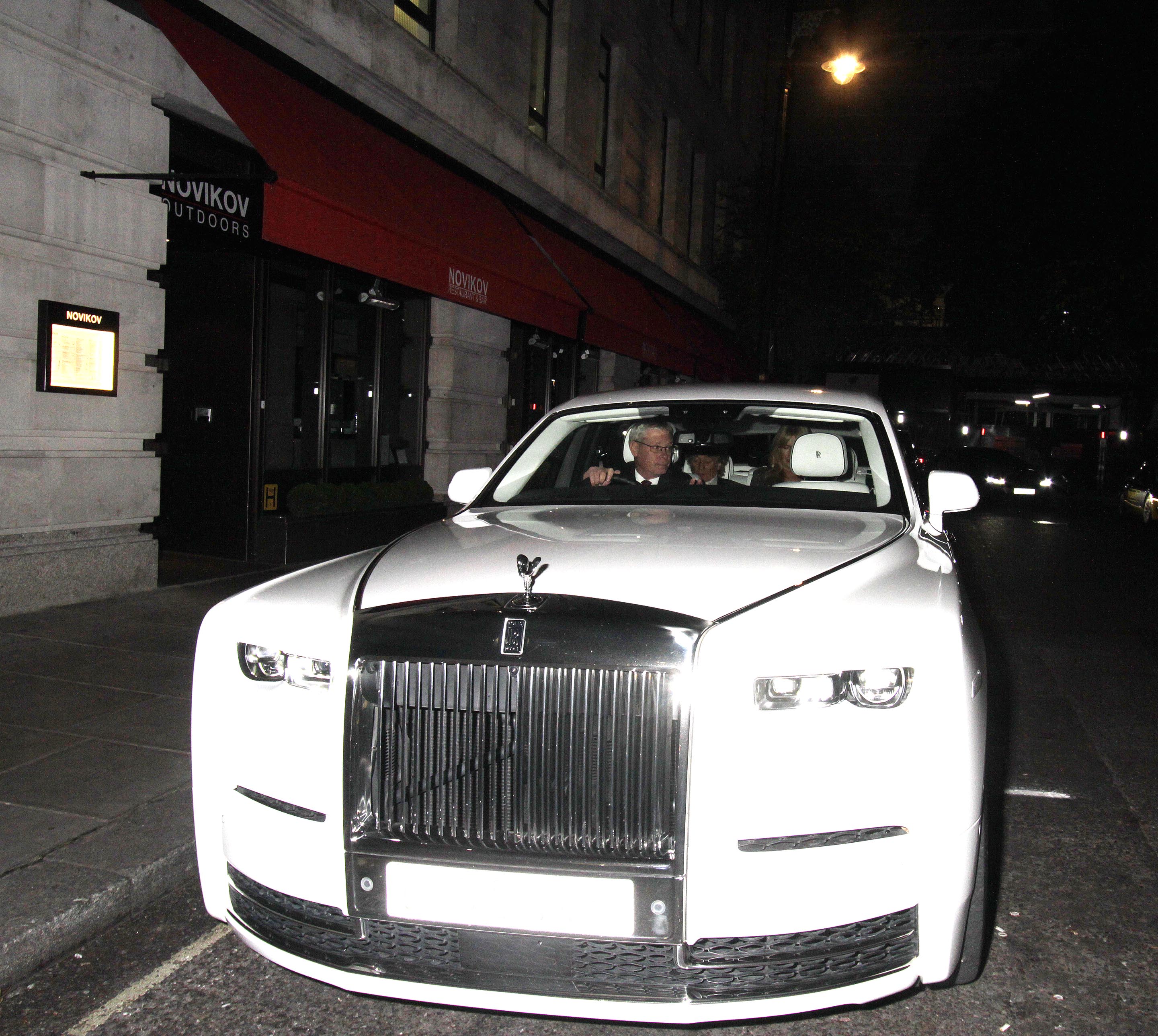 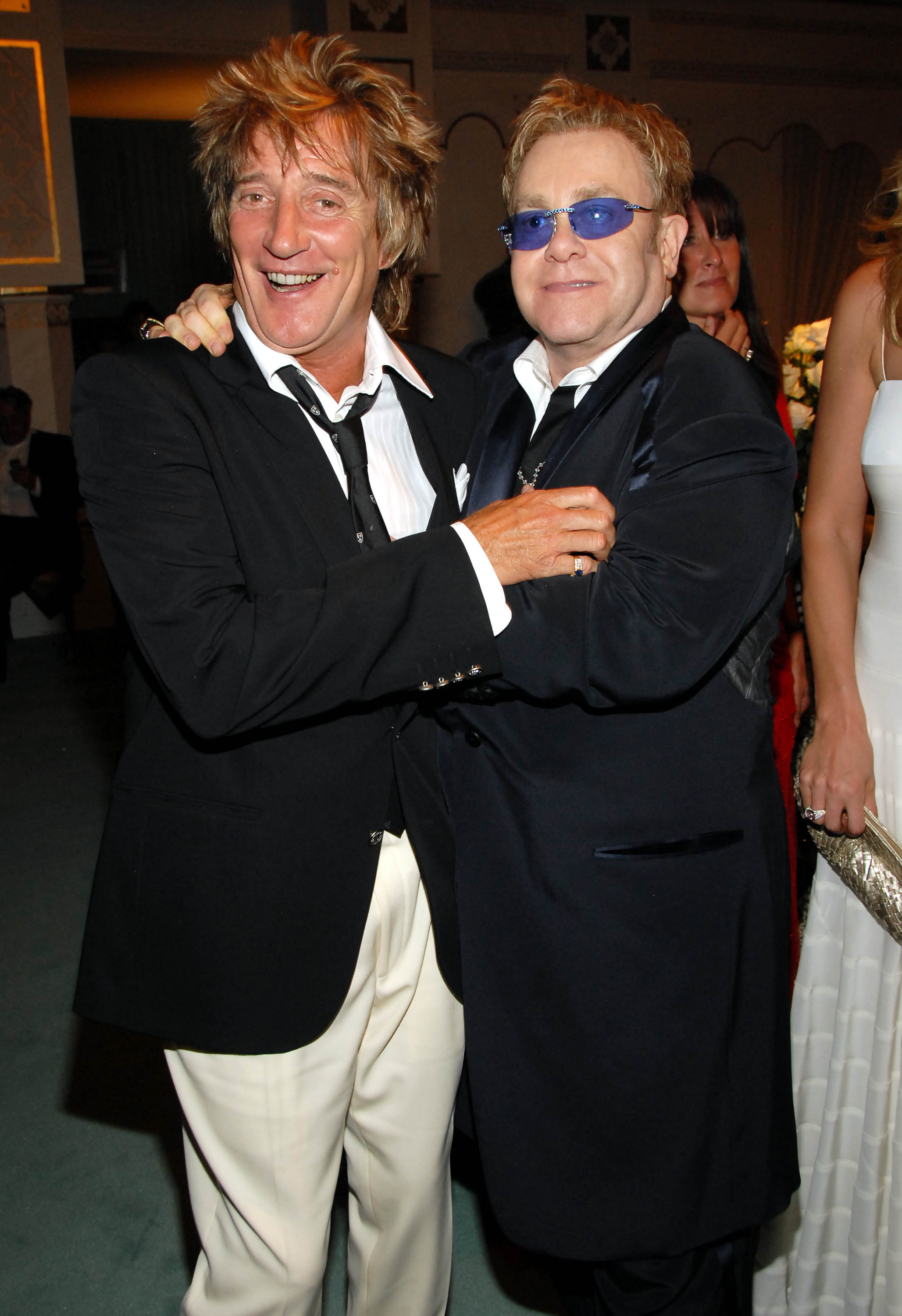