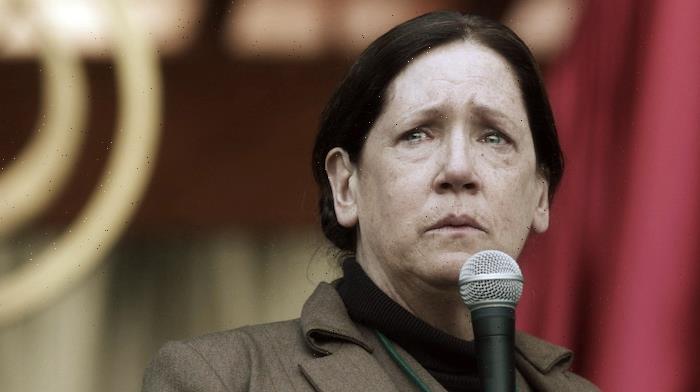 The Handmaid’s Tale might be looking to quit while it’s ahead. Hulu’s dystopian drama, starring Elizabeth Moss, saw a jump in viewership between its third and fourth seasons, and writers are currently hard at work breaking the story for the fifth season. According to Jordan Helman, Head of Scripted Originals at Hulu, it could be the final season, as the show makes way for a new Margaret Atwood adaption based on The Testaments.

Speaking to Deadline, Helman emphasized the importance of The Handmaid’s Tale to the Hulu brand. He called it “the crown jewel” of the streamer’s portfolio and said:

“The success of The Handmaid’s Tale remains paramount for us. That said, what is also most important to us is that we close out that show in [sic] creative fashion that feels organic so we are in constant communication, literally right now, talking … about what the best way to end The Handmaid’s Tale is. We haven’t landed on an answer…I imagine we’re going to be able to answer that question in the coming months.”

When last we reported on The Handmaid’s Tale, it was during season 4 and there was seemingly no endgame in sight for the series. Showrunner Bruce Miller did make mention, however, of the book’s sequel, The Testaments, and according to Helman, Hulu is headed in the direction of adapting that novel next.

The Handmaids Tale Will Spin Off Into The Testaments

Atwood won the Booker Prize in 2019 for The Testaments, a sequel set fifteen years after The Handmaid’s Tale. The novel recenters on Aunt Lydia, the character played by Ann Dowd, along with two other protagonists. Helman has been talking it up as the next step in Hulu’s Atwood universe, which is also set to include an adaptation of her thriller Maddaddam. He told Deadline:

“The conversation around The Testaments is tied to conversations around The Handmaid’s Tale. Margaret Atwood’s work has become an incredibly important brand signifier for us at Hulu and so what we want to do is to ensure that we introduce the world of The Testaments in a way that feels organic to the work that has already been done on the platform. The two questions are tied. The birth of The Testaments on Hulu and the eventual end of The Handmaid’s Tale are related, we’re figuring out that as we speak.”

Outside The Handmaid’s Tale, Moss maintains a flourishing film career. In recent years, she has starred or co-starred in films like The Invisible Man, Shirley, and Us. She will appear next in Wes Anderson’s The French Dispatch, which recently made its premiere at the Cannes Film Festival and is bound for theaters on October 22, 2021.

Season 5 of The Handmaid’s Tale has not set a release date yet but is expected to arrive in 2022.