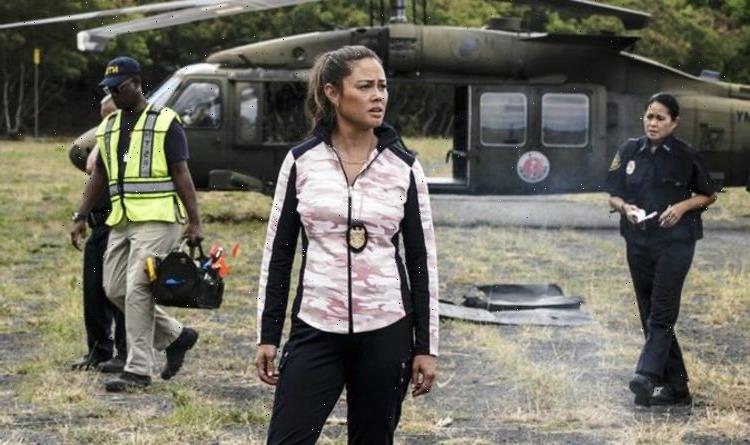 NCIS Hawaii is going to be the third spin-off show to come from the original mothership which started airing back in 2003. The new CBS series will be unlike any of its predecessors as it will be the first that has a female lead in the form of actress Vanessa Lachey. The American-Philippine star recently gave fans an insight into what they can expect from the drama.

How will NCIS Hawaii season 1 start?

NCIS New Orleans may have been cancelled earlier this year but there is a new NCIS show on the horizon.

NCIS Hawaii will premiere on CBS on Monday, September 20, straight after NCIS returns for season 19.

Set on the beautiful island state, the spin-off is going to see another team of agents investigate all crimes involving the Marines and the Navy.

Actress Lachey will be leading the way as Agent Jane Tennant who will be juggling both her professional and personal lives.

Jane will be the head agent at NCIS Pear Harbor, taking on a similar role to that of Agent Leroy Gibbs (played by Mark Harmon) in the original drama.

She has a very different story though as Jane is a divorced mum of a 10-year-old daughter called Julie (Mahina Anne Marie Napoleon) and 16-year-old son Alex (Kian Talan).

Viewers are going to see how she copes with taking care of the children pretty much single-handedly while dealing with the pressures of her demanding job.

The very first season is going to depict what is seen as a typical day in the life of Jane.

She described how Jane will be at Julie’s soccer game when it is made clear there is a pressing matter she needs to attend to.

This is made obvious as a Black Hawk helicopter will land at the soccer field to take Jane directly to a crime scene, leaving Julie, her friends and the other families taken aback.

Lachey described how she was excited to film these epic scenes for the start of the drama.

She said: “Day one, hour one, I’m in a Black Hawk. I’m going up, I’m landing, I’m walking off, standing tall and proud, [heading] toward a crime scene. I feel like I’m in a dream.”

While it may be a thrilling lifestyle, it does come with its challenges.

Lachey continued: “She’s [Jane] making it work in a man’s world, and she doesn’t take no for an answer.

“She finds her way into every opportunity she gets and comes out on the other end unscathed.

“At the same time, she’s human and she’s learning how to juggle her emotions and being a mother.”

Filming for the upcoming series started on June 16 in Hawaii.

Some of the show’s key cast members have been announced, including the likes of actor Jason Antoon, Yasmine Al-bustami and Tori Anderson.

A backdoor pilot is expected to be shown through NCIS, introducing the cast of Hawaii before it goes into its own show.

NCIS Hawaii will be available to watch on CBS.