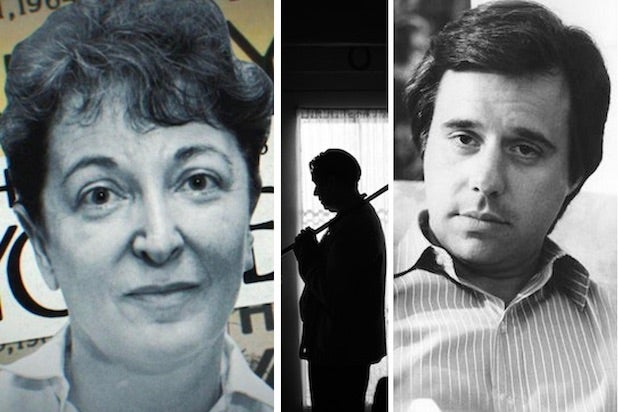 David Fincher’s “Mank,” a drama set in the Hollywood of the 1930s and ’40s and focusing on “Citizen Kane” screenwriter Herman Mankiewicz, has found itself embroiled in an argument that began when Fincher was only 8 years old. It’s a battle whose combatants included film critic Pauline Kael, director Peter Bogdanovich and Orson Welles himself.

At issue is the question of how much Welles contributed to the “Kane” script, for which he and Mankiewicz are both credited. Welles’ critics say the screenplay was almost entirely Mankiewicz’s creation, with the director-actor-producer trying to seize writing credit from the man who actually did the work. Welles’ supporters say that Mankiewicz and Welles simultaneously wrote first drafts, which Welles then turned into the final script, largely without input from Mankiewicz.

“Mank” does not adhere strictly to either viewpoint, and much of the film is devoted more to the California gubernatorial election of 1934 than to the writing of “Citizen Kane.” But because Mankiewicz, played by Gary Oldman, is the central figure and Welles is glimpsed (or more often heard) only sporadically, and because of certain details that seem to come from a notoriously and partially debunked 1971 piece written by Welles naysayer Kael, “Mank” has been branded as coming from the anti-Welles camp.

“‘Mank’ is just one in a string of films portraying Welles as a megalomaniacal bogeyman,” film historian Joseph McBride wrote in a recent story on the Wellesnet website. He charges the film with “myriad lies and distortions … designed to tear down a great filmmaker” and adds, “I was sickened, although not particularly surprised, to see Welles once again portrayed as a bullying maniac and credit thief, a figure out of Kael’s malicious fantasies.”

What McBride calls “fantasies” were first published in two parts in early 1971 in the New Yorker, which ran the 50,000-word introduction Kael had written to the published screenplay of “Citizen Kane.” The piece, titled “Raising Kane,” drew heavily on the opinions of Welles’ former Mercury Theatre co-producer John Houseman, who downplayed Welles’ contributions to the script. It also leaned on research that had been done by UCLA faculty member Howard Suber, whose work Kael did not credit, though she gave him half of the $750 she was paid for the piece.

When the article ran, response from Welles’ camp was immediate. The highest-profile complaint came in the form of a 1972 Esquire piece by Welles’ friend Peter Bogdanovich, “The Kane Mutiny,” which uncovered Kael’s uncredited use of Suber’s research and also attempted to rebut her narrative point by point. (Later Welles scholars suggested that the piece had actually been written by Welles himself, using Bogdanovich as a front.)

While the piece, and others by McBride, Andrew Sarris and Jonathan Rosenbaum, did not discredit Kael’s entire story, it cast significant doubt on her assertion that Welles himself did not write any of the “Citizen Kane” script, or that Mankiewicz’s friend, writer Charles Lederer, gave the script to his aunt, Marion Davies, who was in a relationship with William Randolph Hearst, the model for the Charles Foster Kane character.

That last incident is depicted in “Mank,” and is one of the reasons why the film is seen in some circles as a cinematic depiction of Kael’s article. And in fact, the screenplay written by David Fincher’s father, Jack Fincher, was initially more in keeping with Kael’s narrative. In a Vulture interview with writer Mark Harris, David Fincher called the original 1991 draft “kind of a takedown of Welles” — because, he said, his father didn’t really understand the concept of collaboration between a director and screenwriter.

Fincher — who said he remembers reading “Raising Kane” on microfiche in high school — reworked the script with Eric Roth after his father’s death in 2003 to make it less hostile to Welles. “Pauline Kael knew a lot about watching movies,” he told Harris. “What Pauline Kael didn’t know about making movies could fill volumes.”

As to what he feels about the Mankiewicz vs. Welles argument that consumed Kael and Bogdanovich and is now affecting responses to “Mank,” Fincher was diplomatic.

“There’s absolutely no argument — Welles was a f—ing genius,” he said. “The fact that this is his first movie is beyond shocking. Anybody standing on his shoulders is in awe of him, but having said that, I’ve seen movies he’s made from scripts that he’s written. They’re not in the same league.”