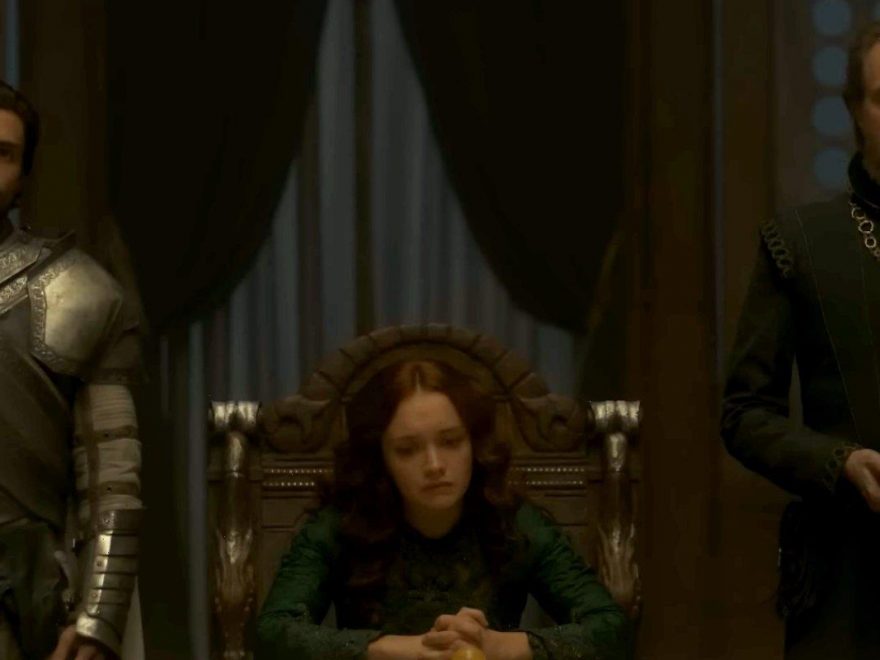 The preview for ‘House of the Dragon’ episode 9, which is titled ‘The Green Council’, sees the characters dealing with the aftermath of King Viserys’ death as the inevitable civil war is approaching.

AceShowbiz -The Dance of the Dragon is nearly here. A preview for “House of the Dragon” episode 9 sees the characters dealing with the aftermath of King Viserys’ death. Now that he had gone, nothing is holding back both the Blacks and the Greens to make sure that they get the Iron Throne for themselves.

The teaser for the penultimate episode, which is titled “The Green Council”, opens with Otto Hightower, the Hand of the King, announcing during a small council, “The King is dead.” Elsewhere in the teaser, Alicent wants her eldest son Aegon II to reign under the false pretense that it was Viserys’ last wish. “He told me he wished for Aegon to be king,” she says.

While Princess Rhaenyra is away on Dragonstone as she’s expecting the birth of her sixth child, the Greens appears to make a move with the help of their allies. “The door remains shut until we finish our business,” Otto warns. He also seemingly orders someone to do a secret mission as he says, “None can know who you are or what you seek.”

A scene later sees someone who looks like Rhaenyra being locked in a room while her people are sent to prison. Alicent, meanwhile, appears to find out a secret of Rhaenyra. The preview ends with Rhaenys Targaryen asking in voiceover, “Have you never imagined yourself on the Iron Throne?”

In episode 8, viewers were taken to another time jump as it sent fans to a couple more years toward the inevitable civil war that would end the House Targaryen. It featured another succession drama after Lord Corlys Velaryon was gravely injured during battle in the Stepstones. He wanted his grandson Lucerys Valeryon, son of Rhaenyra and Laenor, to take over his position as the Lord of the Tides but Corlys’ brother Vaemond insisted that he should be the one to take over.

Rhaenyra and her husband/uncle Daemon then made the trip to King’s Landing to plead Lucerys’ case to Alicent, who was now ruling over most royal matters with the help of her father Otto while the King was bedridden. Otto and Alicent obviously preferred to have Vaemond taking over Corlys’ position, but then King Viserys shockingly made an appearance. He declared that Lucerys was the current heir as well as the future ruler, so the case closed.

The decision didn’t sit well with Vaemond, who later called Rhaenyra a w***e. Viserys pulled out his dagger and demanded Vaemond’s tongue. As for Daemon, he showed extreme reaction to Vaemon insulting his wife. He told Vaemond that he could keep his tongue before slicing his head clean in half.

Meanwhile, Aegon appeared to have no intention to make himself look like a better person than Rhaenyra to be on the Iron Throne after he forced himself on a young servant. Aemond, on the other hand, hinted that he had something under his sleeve as he sported vaguely evil look in almost every scene he was in.

Rhaenyra and Alicent later reunited during Viserys’ dinner that he called for in the Red Keep. At the end of the episode, viewers saw Viserys telling Alicent about the prophecy of the Song of Ice and Fire and the Prince Who Was Promised when he was about to die. “It’s you,” he said vaguely.