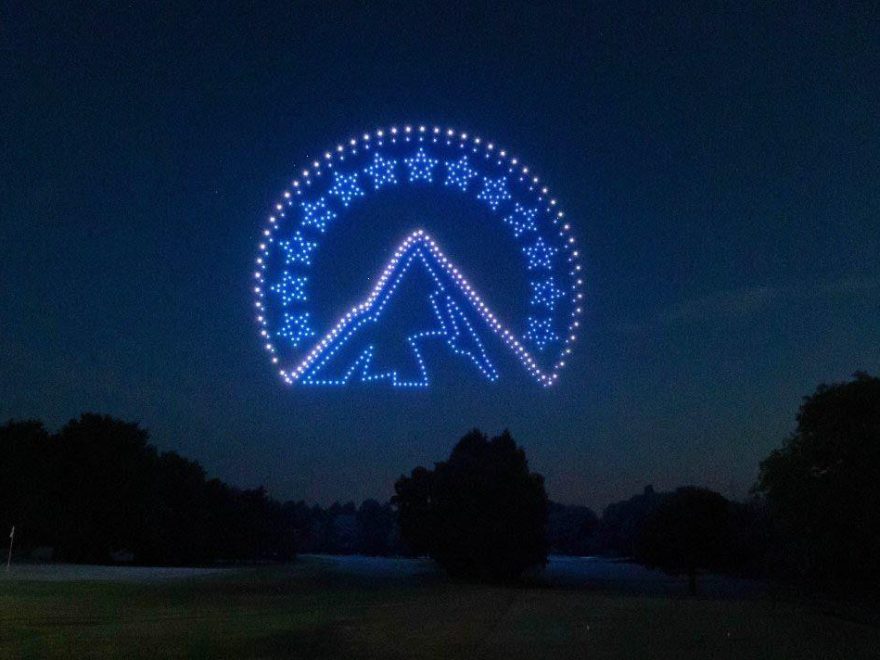 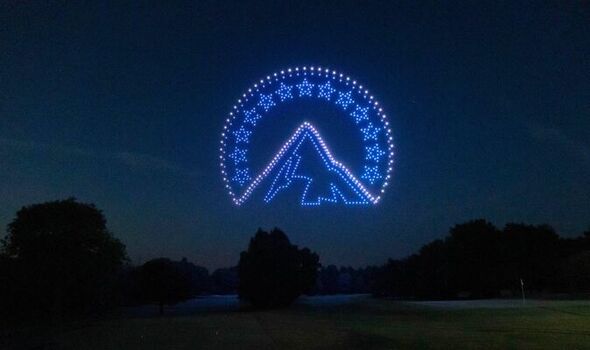 Flying at an altitude of 600ft, the nine-minute-long show bought the glamour of Hollywood, Los Angeles, more than 5,000 miles away, to its West Midlands namesake, to mark the launch of new streaming service, Paramount+.

The drones then painted the black sky with an eerie gigantic image of Ghostface, from the famous Scream movies, followed by a stunning replica of the Yellowstone ranch house, and an intergalactic visit from Star Trek’s U.S.S Enterprise.

Next up was a trip to Bikini Bottom, with SpongeBob SquarePants himself engulfing the night, followed by Paw Patrol’s main canine character Chase.

The show’s penultimate scene featured the famous Paramount mountain and logo, as well as a QR code – which viewers were able to scan to get a free seven-day trial of the streaming service.

SKYMAGIC, which wowed the world with their 400-drone performance featuring a giant corgi, a cup of tea and teapot, and the Queen’s handbag above Buckingham Palace, spent months planning the carefully choreographed performance, with a crew of just four. 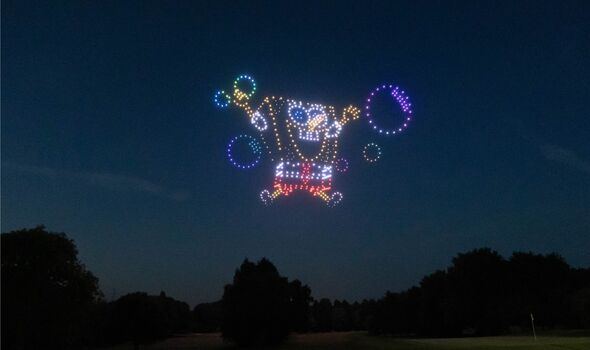 Co-founder and director of SKYMAGIC, Mungo Denison, said: “This show has taken months to finesse due to the attention to detail required to give a faithful representation of the various characters we were depicting.

“None of the characters were easy to create. Star Trek was challenging as it requires a lot of dynamic movement to create the sense of the iconic spaceship in hyperspace. It’s an enormous image – it’s close to 200 metres wide.

“Star Trek obviously has a legion of die-hard fans, so getting that right and also creating something which engages with those who have never seen it before, is as important as those who love it very dearly.

“The sky is our biggest canvas, and the show, which ran in parallel to music, started with Paramount’s famous logo, which is the widest one in the display at 200 metres in width and 120 metres high. They are all iconic images.

“Paramount is a fantastic client to work for. It’s a fun and iconic creative. Half the work is done in terms of capturing an audience’s attention, because people are so familiar with these wonderful characters.

“It’s a privilege to do things like SpongeBob Square Pants, putting it 200 metres up in the sky. It’s the only time my children have ever been remotely impressed with anything I do.

“We give the characters a feeling of reality to them which we hope elicits that genuine emotional reaction. 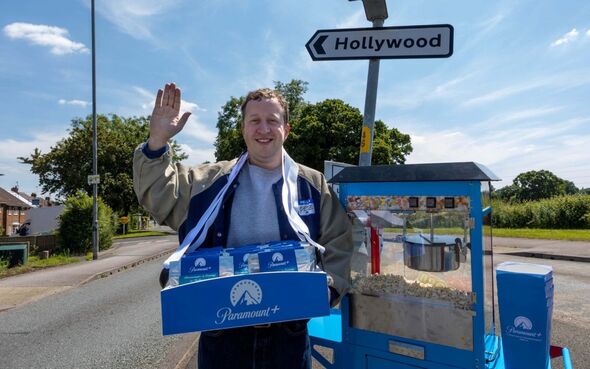 “Animals such as Chase, the dog from Paw Patrol, are great to design because they are dynamic, and you can get that dynamic movement.

“It all starts with pencil and crayons and a piece of paper where we draw it all out by hand. The last thing we do is overlay the colour file. We have the ability to produce 16 million colours.

“To go from Buckingham Palace and all the pomp and circumstance and bring Hollywood to Bromsgrove was fantastic. We lit up the night there.”

Also on hand at the show was the face of the new streaming service, Paramount Pete, who handed out popcorn, candy floss, and balloons to residents while they watched the mesmerising spectacle.

The two-minute short, which was filmed in the UK, follows the story of an intern’s first day, dubbed Paramount Pete, as he attempts to get hundreds of coffee orders right on the Paramount+ studios for various superstars.

Paramount+, which is now available in the UK and Ireland, will include exclusive originals, as well as blockbuster films from Paramount Pictures, and a wide selection of its most iconic shows – including HALO, Star Trek: Strange New Worlds, The First Lady, and kids’ favourites Kamp Koral: SpongeBob’s Under Years and PAW Patrol: The Movie.