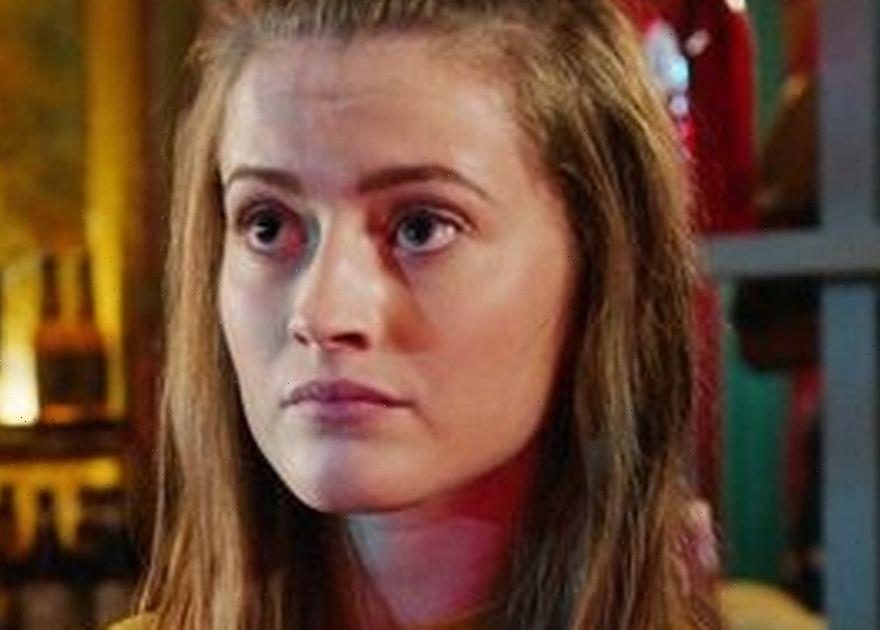 Hollyoaks fans were reduced to tears earlier this week as Sylver McQueen (David Tag) was confirmed dead after a fire explosion.

A number of the McQueen family were at risk of death including Mercedes (Jennifer Metcalfe) and Cher (Bethannie Hare).

However, it was Sylver was become one of the victims and actor David Tag has since confirmed his departure from the role after four years.

Since arriving in the village in 2006, the McQueen family have had their share of heartbreak and tragedy.

Viewers have watched some of the shocking storylines involving the McQueens throughout the years, from train crashes to murders/

Daily Star have taken a look back at some of the McQueen family's most devastating deaths in the soap – and some of the deaths of those they love.

When a new character, Vicar Niall Rafferty, was introduced to Hollyoaks, viewers could never have imagined what lay in store for the McQueen family – and the tragic death that was to follow.

It was revealed that Niall had been given up for adoption as a baby by mother Myra McQueen, and after the shock revelation, Niall kidnapped the McQueen sisters.

He tied them up in the local church, and set off a number of explosives inside, before asking Myra which of her children she wanted to live or die.

Myra chose to save Tina McQueen, as she had a young son, but sadly, Tina died in the explosion.

As the McQueen family escaped from the church, rubble fell on Tina McQueen and she was fatally wounded.

As she lay injured, she shared an emotional moment with her husband Dominic, who was holding her before she died.

Fan favourite Carmel McQueen's death left many Hollyoaks fans devastated, after she was killed in a train crash on her cousin Porsche's wedding day.

The train was hired to carry guests, but tragedy struck when the train hit Sienna Blakes car, after it became stuck on the train tracks.

Moments before the train exploded, Carmel told Theresa McQueen to run, after her ex Sonny Valentine sought revenge on Theresa for shooting his brother.

The McQueen family ran back to the train to save Carmel, but she died in their arms, after promising that she would always be the family's guardian angel.

Talking to Metro about her final scenes on the soap, actress Gemma Merna who played Carmel, said: "There was a shot that I asked if we could put in, of Carmel waving goodbye before she gets on the train. I thought it was a way of her saying goodbye.

"Also, her death scene was very emotional… we all just cried all day! Ha. I am very proud of it."

She added that she was very proud to be a part of the soap, saying: "At the time, I don’t think I and the rest of the family realised how iconic the McQueen Family was for the world of soap. I’m so grateful I was part of it."

Before she was the thirteenth Doctor's assistant in Doctor Who, actress Mandip Gill played Phoebe McQueen in Hollyoaks from 2012-2015.

Phoebe was the adopted daughter of Jacqui McQueen, who was accidentally shot and taken to hospital.

After being in a coma for several weeks, Phoebe underwent surgery and began to recover, but sadly, she was later given a lethal mixture by the Gloved Hand Killer, which caused her to go into cardiac arrest.

Her death left her family and viewers devastated, with Phoebe becoming another of the Gloved Hand Killer's victims, along with other Hollyoaks residents including Dylan Jenkins and Will Savage.

It was one of the soaps biggest Who Done it storylines, with the serial murderer eventually revealed to be Lindsey Roscoe.

Lily McQueen cheated on husband Prince McQueen with Romeo Quinn, and after feeling guilty for what she had done, she began to self harm.

After Lily checked herself out of hospital, doctors later discovered that she had contracted sepsis, after one of her self harm wounds became infected.

While doctors made the diagnosis, Lily had decided against running away with Romeo and decided to reunite with Prince, but on her way back home, she collapsed on the floor.

Prince tried to perform CPR on Lily, but she later died.

The storyline gained praise from viewers and critics, with the soap being awarded Best Storyline and Best Single Episode at the 2018 British Soap Awards.

Actress Lauren McQueen, who played Lily McQueen, said to Heart Radio: "I was honoured to be given such a huge story that carried a lot of responsibility.

"Even though it was challenging and emotional I really hope I did it justice and hope it raises a lot of awareness to the audience."

She added: "I hope the storyline makes the audience aware of how serious self-harm is, and that the consequences can be life threatening.

"Sepsis is actually very common, which many people may not know what the symptoms are, and it’s something that needs to be treated very quickly.

"I hope it opens up a lot of conversations and encourages people to talk and get help if they relate to Lily."

Malachy Fisher's death came as a shock, not only to viewers, but to Hollyoaks residents including wife Mercedes McQueen in 2010.

While dining at Gnosh restaurant, a fire broke out, causing an explosion that left Malachy fighting for his life after he suffered organ damage.

He was placed in a coma, with Mercedes making the heartbreaking decision to turn his life support machine off.

During his three years on the soap, actor Glen Wallace was nominated for Best Actor at the British Soap Awards, but despite leaving Hollyoaks, he has not left the soap world.

He has since been seen on our TV screens as Lucas, a business associate of Carla in ITV soap Coronation Street.

Glen also had a role in another rival soap as DS Cameron Bryant in EastEnders, who was involved in the famous Who killed Lucy Beale storyline.

Many of Hollyoaks' on-screen relationships have tragic endings, including the death of Russ Owens in 2018.

Only a few short weeks after he married Mercedes McQueen, he was murdered by serial killed Breda McQueen, after his affair with another member of the family was exposed.

It had been revealed that Russ was having an affair with Goldie McQueen, who then announced that she was pregnant with Russ' child.

After Russ' shock exit from the show, actor Stuart Manning thanked fans for their support during his time on the show in a Twitter post, saying: "It's been an amazing three months, the best time of my life working on Hollyoaks.

"But now I'm gone. Russ has been killed. So I don't know what to say, apart from thank you. I'm going to miss everyone."

During Tuesday's dramatic hour-long episode, viewers finally got to find out what happened on the night of blaze after days of flashback episodes.

The McQueens showed just how much they stick together when Mercedes saved Cher's life.

However, tragedy struck when Sylver went back in to save Bobby and got trapped after a boat fell on top of him.

Bobby lied to his family and said he didn't see his step-dad in the burning building, leaving Sylver to perish in the flames.

Hollyoaks airs weekdays on Channel 4 at 6.30pm followed by first look episodes on E4 at 7pm