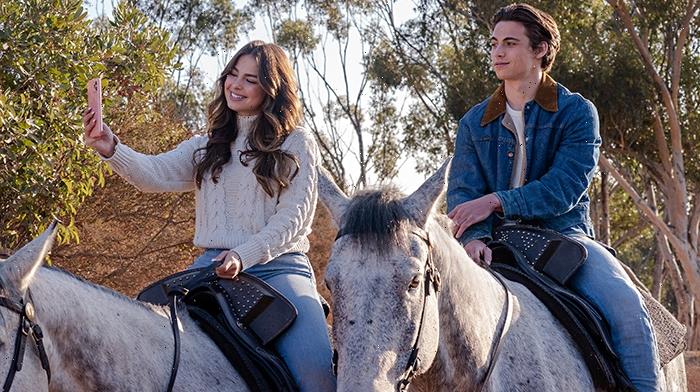 One of the most beloved high school rom-coms to come out of the late 1990s/early 2000s was She’s All That. The story followed a hot shot jock (Freddie Prinze Jr.) as he tried to turn a bespectacled, outspoken, nerdy art girl (Rachel Leigh Cook) into prom queen after his cheerleader girlfriend left him for a reality TV star. Now Netflix is gender-swapping the lead roles and letting viral TikTok star Addison Rae take the lead in He’s All That, as she tries to turn an anti-social outcast boy (Tanner Buchanan of Cobra Kai) into prom king after her famous boyfriend has an affair live on camera. It looks like Mean Girls meets The Disney Channel in the worst way possible.

He’s All That Trailer

She’s All That isn’t some kind of cinematic masterpiece, but it’s certainly a beloved rom-com. Even though it’s cheesy in its own right, He’s All That feels like an algorithm trying to disguise itself as a charming teenage romantic comedy, like an alien desperately trying to be human by wearing a Richard Nixon mask, a Supreme T-shirt, Crocs, and leather pants while holding a corded telephone and a Monster energy drink. It’s not working, buddy!

Addison Rae feels like she’s hamming it up for a Disney Channel show, and this high school doesn’t feel remotely realistic. Granted, the high schools of movies and TV shows never feel quite like the real thing, but this movie looks like it’s happening in a rom-com version of Last Action Hero, where every teen is a fashionista. At least they’ve stuck with the poor method of making Tanner Buchanan look unappealing by giving him some scruffy hair and a beanie in place of glasses and overalls.

He’s All That is directed by Mean Girls helmer Mark Waters, which is rather perplexing. Because Mean Girls was a movie that could have been your typical high school rom-com, but subverted the culture of high school by breaking it down. This remake takes place in a Mean Girls high school where no one learned anything and everyone is auditioning for a reboot of Glee. But I’m sure by the end of the movie Addison Rae will learn to stop living life through her phone and Tanner Buchanan will stop being so angry about being so hot (or whatever he’s mad at the world about).

For all you She’s All That fans out there seeking some nostalgic touches, you can take solace in the fact that Rachel Leigh Cook and Matthew Lillard have supporting roles in the movie. It doesn’t sound like Freddie Prinze Jr. could be coaxed into making an appearance, but maybe they’re keeping a cameo from him as a secret surprise.

Here’s the official synopsis for He’s All That:

In this reimagining of 1999’s She’s All That, teen social media influencer Padgett’s humiliating on-camera breakup goes viral, leading her to make a risky bet to save her reputation: She swears she can turn scruffy antisocial Cameron into prom king material. But things get complicated when she finds herself falling for him IRL.