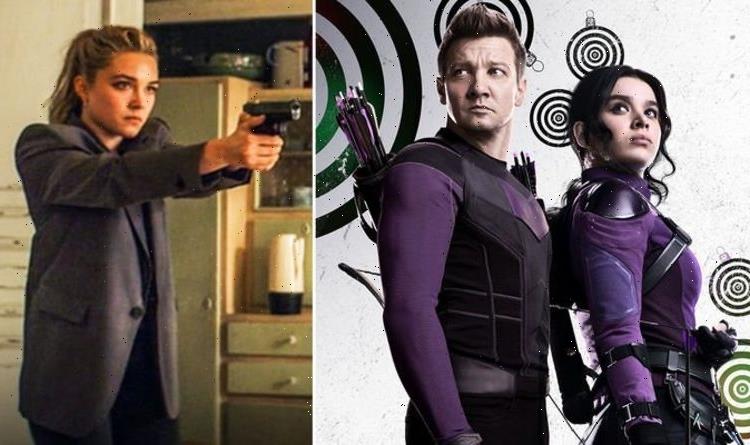 After 18 months without a Marvel movie due to the pandemic, Black Widow finally hit cinemas. The MCU prequel gave Scarlett Johansson a solo movie for her Avenger Natasha Romanoff before her death in Avengers Endgame. Set between Captain America: Civil War and Avengers Infinity War, the blockbuster introduced her Black Widow programme assassin sister Yelena Belova, played by Florence Pugh.

But given that Hawkeye and Black Widow were such good friends and had an emotional goodbye in Avengers Endgame, why on earth is Yelena now hunting Clint Barton in his Disney+ show?

The answer lies in the Black Widow post-credits scene, set after the events of Endgame and Natasha’s death.

Yelena is seen visiting a memorial grave to her sister-figure when she’s approached by Contessa Valentina Allegra de Fontaine, played by Julia Louis-Dreyfus.

Both an anti-hero and villain in Marvel Comics, she appears to be something of an evil Nick Fury who could be assembling the Thunderbolts, a team of reformed supervillains.

Unlock unlimited access to the Disney+ catalogue – from Walt Disney animation films to Pixar, Marvel and Star Wars blockbusters, and National Geographic shows. New exclusive boxsets, like The Mandalorian and WandaVision, are also available to stream and download to your iPhone, iPad, or Android devices.

You can cancel after one-month | Subscription cost after first month at £1.99 returns to £7.99