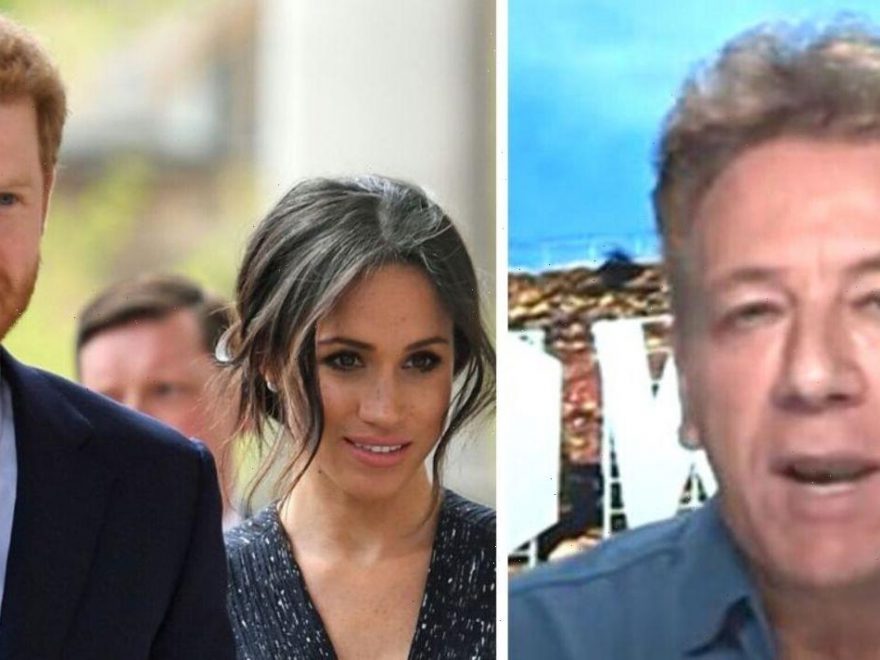 Meghan and Harry have ‘read room’ regarding Netflix says expert

It was announced that Netflix has pushed back the original release date for the series, which will be a tell-all series about the Duke and Duchess of Sussex and their decision to leave the Royal Family. However, in light of a strong backlash to the upcoming series of The Crown as well as Queen Elizabeth II’s death last month, the streaming service is delaying the series to next year. Talking about this on ITV’s Lorraine, Ross King claimed Harry and Meghan had wanted the programme to be postponed and had “read the room”.

Standing in for Lorraine Kelly, Ranvir Singh asked Ross King: “There’s been so much chatter about it [the Netflix series], and of course, we understand that Harry and Megan want it to be delayed.

“And Netflix are pushing it back. What do we think has happened?”

“Well, I think there’s so many stories around about this, and none of it really is a surprise that it has been pushed back to some time next year,” Ross explained.

He continued: “And the idea for Netflix was that it would tie in with the next season of The Crown coming out in December.

“Now, of course, you were talking yesterday that John Major criticised The Crown and of course, a lot of people not realising that The Crown is not official.

“It’s not all fact, there are bits of it that are completely made up!

“So I think what’s happened is that Netflix have thought, ‘Well wait a minute, there’s a lot of pushback to The Crown here as well, is this all going to work out alright?’

“‘We’ve got the Harry Megan documentary coming up… I know that they’re wanting to change some things in it as well.’

“We’re not even sure if they’re all going to be true, so it’s going to be pushed back to sometime next year.

“We believe that there are some edits being made as well, but it’s not really a surprise.”

“Wow, a lot of money riding on it for sure,” Ranvir replied. “That’s what we do know.”

It’s been reported future episodes of The Crown will depict the current monarch King Charles III attempting to ensure he takes the throne from his mother, who at the time was 65.

The Mail on Sunday indicates the series will show the then Prince Charles believing the Queen was making the same mistake as Queen Victoria by continuing her reign instead of allowing a young heir to take over.

It’s thought the series will show a young King Charles III rallying to try to take the throne, and this has sparked a backlash against Netflix.

A spokesperson for Mr Major commented: “Sir John has not co-operated in any way with The Crown.

“Nor has he ever been approached by them to fact-check any script material in this or any other series.”

Speaking to the publication, they continued: “There was never any discussion between Sir John and the then Prince of Wales about any possible abdication of the late Queen Elizabeth II.”

According to Deadline, Netflix was “rattled” by the response to the upcoming series and agreed to push back Meghan and Harry’s series.

The Crown season 5 premieres on Netflix on November 9.