For one, Jean Smart’s new HBO Max series is a showbiz story, which — famous examples notwithstanding — can be tricky to pull off without leaning heavily into satire (which “Hacks” avoids entirely). Harder still is making a showbiz series that’s also about the art of comedy, as evidenced by infamous whiffs like “Studio 60 on the Sunset Strip,” “I’m Dying Up Here,” and more. Watching comedians develop a joke for a fictional audience is rarely as rewarding as enjoying the joke as the actual audience.

Technically, those two examples were dramas about making comedy, but making a comedy about making comedy is arguably harder. Those conversations about writing the best joke, best sketch, or best stand-up routine have to be more than a heated back-and-forth between collaborators; they have to be funny. Convincing the audience a joke is “good” relies on them laughing at it and believing it’s better than the “bad” joke that came before. In other words, you really have to know your stuff.

On top of all that, “Hacks” is also about the generational divide, as its co-leads come from completely different schools of comedy, largely defined by what their respective eras find funny. Recent TV comedies have been quick to treat millennials like punching bags — not just by talking down to them, but by offering no chance to fight back, which makes for one-sided commentary and, often, a pretty unenjoyable show.

If “Hacks” slips on any of the steep challenges set by its premise, it’s this one. Ava, played by burgeoning stand-up comic Hannah Einbinder, is so often used to emphasize the overwhelming talent, work ethic, and status of her new boss — Smart’s legendary comedian Deborah Vance — that she can come off as a privileged L.A. slacker, all too ready to have her opportunities and fortunes handed to her. Such an imbalance between characters given equal screentime could be one more way “Hacks” tips itself over, tumbling hopelessly down from the high expectations set by its star and creatives.

But it doesn’t. Against all odds, the HBO Max comedy from co-creators and showrunners Paul W. Downs, Lucia Aniello, and Jen Statsky (all “Broad City” veterans) grows in appeal with every episode, succeeding on the expert execution and sound structure of great scripts as well as the never-in-doubt genius of Smart. “Hacks” works wonderfully as a show business comedy, a comedian’s comedy, and a character-driven comedy — and yes, it’s very funny. 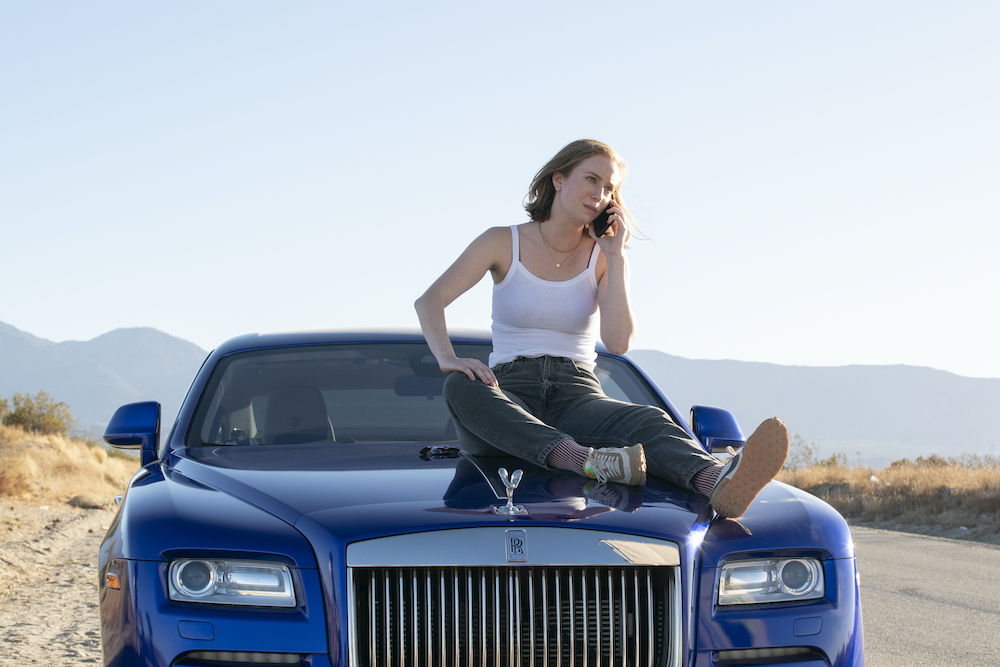 Backing up a bit, “Hacks” begins with Deborah Vance in her element: on-stage at a Las Vegas casino. The comic-in-residence has the Sin City vacationers chuckling along with her well-honed routine, but venue’s owner, Marty (Christopher McDonald), is looking to add a younger act that will attract a different demographic. While Vance is the first to admit her regulars are “people from Florida,” that doesn’t mean she’s willing to give up her Friday and Saturday night gigs for a lip-syncing electronica group that “won the ‘Sing Off.’” Luckily, her agent (played by Downs) also represents Ava, a 25-year-old comedy writer who was landing enough writers’ room gigs to afford a townhouse in L.A., until an offensive tweet went viral and got her blacklisted by the woke Hollywood establishment she once courted.

Out of options, Ava agrees to meet with Deborah and a mutually skeptical partnership is formed. Deborah recognizes she can use Ava’s youthful perspective to either freshen up her act (or at least convince Marty she’s trying to freshen up the act, without ever using any of Ava’s half-assed jokes), and Ava, well, she needs the gig. She has a mortgage to pay, and working for comedian at least keeps her connected to the industry.

From there, “Hacks” thrives as an odd couple comedy. Just about everything Ava says rubs Deborah the wrong way, and vice versa. Because both characters are comedians, their back-and-forth banter has that extra charm and charge unique to people who make a living through clever turns of phrase and sharp observational commentary. They set themselves up, they build off each other’s put-downs, and they’re always working to find their next great piece of material. In this way, “Hacks” avoids getting lost in the process of creating comedy, but Downs, Aniello, and Statsky still prove they know a good joke from a bad one. Lines written to prove Deborah’s good humor click, and subpar bits get called out — Deborah and Ava hold each other to a certain standard of comedy, and “Hacks” holds itself to an even higher one.

Of course, it doesn’t hurt that Smart is on fire throughout. Anyone enamored with her magnificent prop work and prickly retorts on HBO’s “Mare of Easttown” will be in seventh heaven watching her run the gamut in “Hacks.” Her line delivery, physical comedy, and character work are all second-to-none, as she easily slides into the cadence and command of a comedian who hasn’t had a day, hour, or minute off in the last four decades. Smart is such a believable stand-up I’d give her a late-night show right now if I could, but it’s her moments off-stage that really stand out. Her patient, all-knowing, and largely quiet approach to motherhood (Kaitlin Olson is perfectly cast as her spoiled, jewelry-making daughter) isn’t without Deborah’s snappy wit when pushed, and the way Smart takes an extra beat to process information (like learning about Wikifeet or what a diva cup is) allows her to separate each glorious reaction so the audience can appreciate every beat. 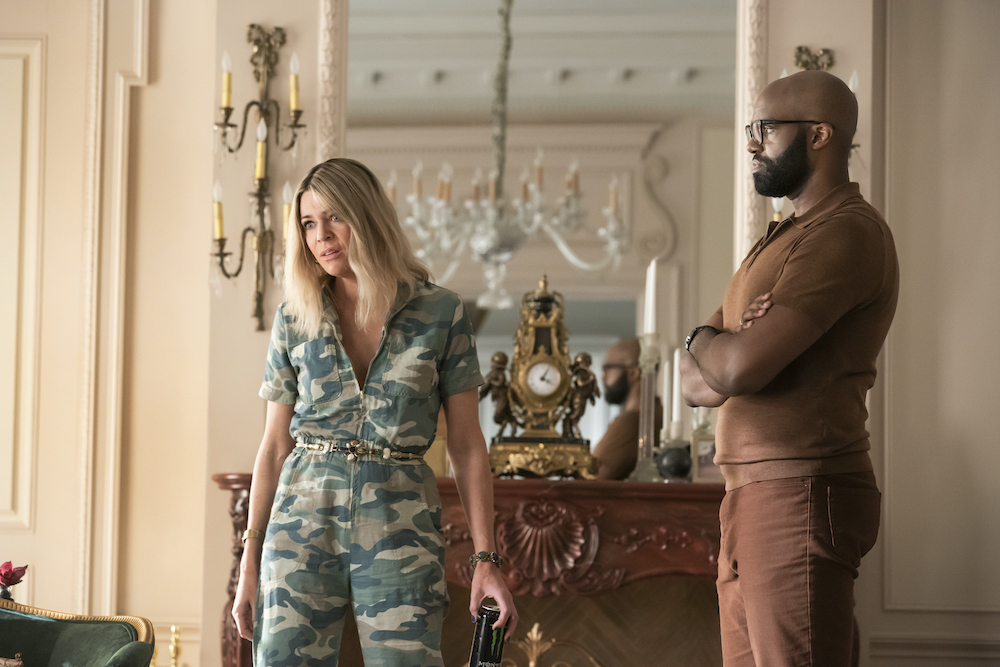 Smart is the best part of “Hacks,” but mainly because Smart is the best part of everything; the series pushes its characters into complicated territory, whether it’s debates over broad vs. sophisticated comedy — Ava argues they should be crafting jokes for smartest person in the audience while Deborah prefers to make sure everyone is laughing — or simply recognizing what women have to do to succeed in the comedy world, right now and over time. Sometimes these conversations push the two parties apart. Other times they draw them together. Deborah is the kind of person who demands Ava hand over the 27 cents in change for a gas station fountain drink, five minutes before casually passing her $10,000 in cash to pay for her antique pepper shaker. Smart knows this isn’t a slight on Deborah; being wise with money is why she can now spend it on what she really wants, even if Ava’s only takeaway is: “I hope you’re donating regularly to Planned Parenthood.”

“Hacks” always knows who’s in the right, especially when it’s both of them. Through six episodes, there’s a comforting ease to the two lead’s repartee that makes for similarly easy viewing, even as a darkness lingers in Deborah’s empty house and an unexpected-yet-earned twist in Episode 5. It’s clear this series has legs, as a much-deserved showcase for Smart, as a thoughtful story about the evolution of comedy, and as an original series that’s very much its own thing. Let’s see where this show can go.

“Hacks” premieres its first three episodes Thursday, May 13 on HBO Max. Two new episodes will be released on subsequent Thursdays until the finale on June 10.