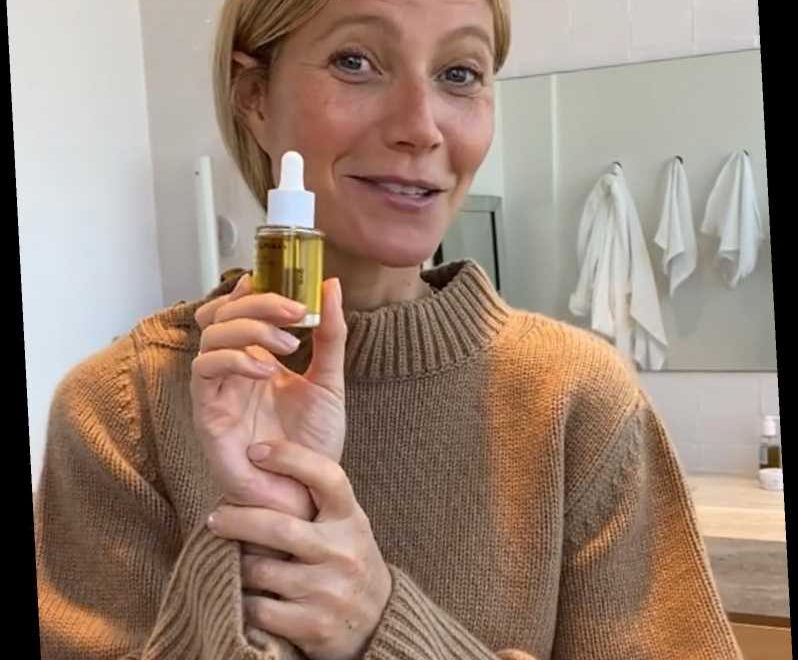 Gwyneth Paltrow has her first resolution for 2021: swear less.

On Monday, the Goop founder, 48, vowed to utter less profanities in the new year after she accidentally said f— while promoting a face oil on Instagram.

In the video, Paltrow explained the product to her followers when she accidentally dropped the bottle on the ground, which was followed up by the actress loudly yelling out the f-word.

"We are committed to making the BEST clinical skincare on the market, and I am committed to swearing less in 2021. Whoops," she wrote in her caption.

Paltrow's followers and famous friends flooded the comments section after getting a kick out of the mishap. Drew Barrymore wrote, "Gosh darn it I love you in PG and X ratings and everything in between."

Paltrow is no stranger to being her authentic self on Instagram. In September, the actress posed completely nude on the social media platform to celebrate her 48th birthday.

"In nothing but my birthday suit today,” The Politician star captioned the photo, which showed off her toned physique.

Paltrow then responded to Apple's comment with three laughing in tears emojis. Prior to Paltrow's risqué post, her husband, Brad Falchuk, spoke about his wife's more casual side in a loving birthday tribute on Instagram.

"This badass is 48 today. She makes pizza from scratch, is never late for cocktail hour, makes looking good annoyingly easy and never skips an opportunity to put an asshole in his place,” Falchuk, 49, wrote alongside a photo in which Paltrow kicked up her heels while relaxing on the couch in loungewear.

“She makes friends feel like family and family feel like friends," he added of his wife. "Trust me, she’s the best."