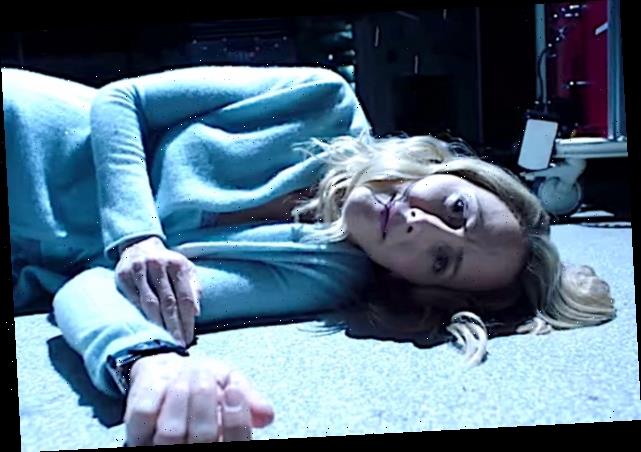 OK, guess Grey’s Anatomy “casualty” Giacomo Gianniotti wasn’t kidding when he told TVLine that there are lots of ways that DeLuca could still appear on the ABC drama. The late doctor returned in Thursday’s episode, in twisty visions in poor, shattered Teddy’s head. But was their “reunion” — could anything be — enough to soothe her mind and mend her heart? Read on and find out. 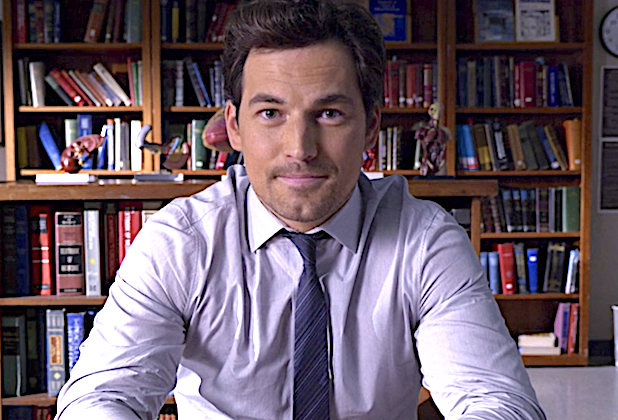 ‘YOU SAID YOU COULD SAVE HER’ | As “In My Life” began, Teddy remained borderline catatonic at her and Owen’s place even as he chattered away in hopes of getting a — any — response. When Amelia dropped by with fluids for Teddy, she insisted on trying to reach her ex’s ex-fiancée. But at that very moment, Teddy was in her head, walking through a dreamscape version of Grey Sloan until she happened upon Meredith, sitting up right as rain in her bed. Just then, DeLuca wheeled in a patient, at which point Mer went back on the ventilator. And DeLuca’s patient? It was Teddy herself, in a body bag. Suddenly, she and Andrew were in the O.R., and she was supposed to operate on Mer… and we flashed back to 9/11… and then ill-fated old flame Allison was running around Grey Sloan. Whoa. It was a lot. Needless to say, Amelia had no luck reaching Teddy. “She hasn’t spoken, she hasn’t eaten,” Owen told Amelia. “If something doesn’t change soon, I’m gonna have to have her admitted.”

Back in Teddy’s head, Mer happened upon Altman about to meet Tom in Lot B and run out on Owen. Her problems, Grey suggested, began much further back than Owen. Man, this was a jump-around episode. In the car with Koracick, Teddy discovered DeLuca in the backseat — and a hand grenade in her purse. “This should be fun,” cracked Andrew. The following (?) morning, Tom served Teddy pancakes and champagne in bed — just as Leo manifested in her arms. “Owen’s gone,” Koracick suddenly reported. He took the kids and ran. “You ruined my life… I ruined my life,” she cried. “I don’t want this life.” Good Lord, this whole episode was like interpretive dance. She put the grenade in Tom’s hand, and kaboom. 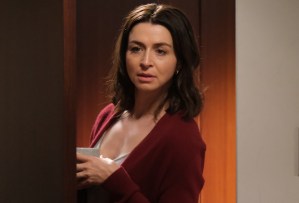 ‘TALKING DOESN’T HELP’ | After a commercial break, a blown-up Tom was replaced by DeLuca, throwing to flashbacks of Teddy’s whole tumultuous history with Owen. “We need to go back further,” per Mer, Teddy noted. Plus, if she never met DeLuca, she couldn’t hurt him, much less kill him. So we rewound (?) to a scene in which Owen proposed to Teddy in bed. “I don’t want there to be any secrets between us,” she said. With that, she revealed that Allison hadn’t just been her friend, she’d been the love of her life. “I’m so sorry you lost her,” he said, sounding entirely un-Owen like. Next thing we knew, DeLuca was marrying Teddy and Owen as he got texts from Amelia and his ex-fiancée Beth and even Cristina. From there, we cut to Teddy returning home to find Owen planning the holidays with Amelia. Did she come first? “No, Cristina comes first.” It wasn’t Teddy’s fault that she didn’t know how to love. In short, he kept looking past her as if she wasn’t there. “I love Teddy,” Owen said, “but she’s no you, Amelia.” While all that was going on, Owen was telling Amelia he was done with Teddy. She didn’t get to own the loss of DeLuca exclusively. Owen wanted her to be well, but… all he really saw was red. “There’s nothing I can do about it.”

Shortly, a grody fantasy surgery was interrupted by DeLuca asking Teddy if she’d loved Allison at first sight. And she pretty much had. They’d met the year both of Teddy’s parents had died, and Allison had gotten her through it. In a flashback, Teddy expressed to Allison that even when she knew her dad’s time was short, she couldn’t believe that he would leave her and her mom. He hadn’t let his daughter get so much as a gerbil because a pet meant heartache; they’d inevitably leave her. Understanding, Allison promised to go get the Scrabble board on which Teddy had played with her dad in his last days. Moved, Teddy went to kiss Allison, for the first time, it seemed. “I’m sorry,” said Teddy, “but I’m not sorry.” In her vision of DeLuca, Teddy said that she had killed Allison — by turning down her offer of pancakes on the fateful morning that she died. “If I had just said yes, she’d still be here.” Hey, maybe Teddy could still save DeLuca. “What if it’s not too late?” From there, we cut to Teddy agreeing to have those pancakes of Allison’s. 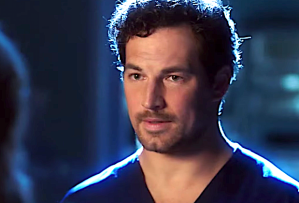 ‘YOU NEED TO FORGIVE TEDDY’ | While Teddy was lost in her head, Amelia insisted to Owen that he needed to forgive his former fiancée. No way, he said. Her constant lying was despicable. He was just mad that she had her own Cristina, Amelia argued. (Oh, nailed it!) He couldn’t hold it against Teddy that she never told him about Allison; she had PTSD, for crying out loud — same as he had when he’d choked Cristina. He didn’t go around telling everybody about that, did he? (Amelia was on fire this episode.) In another flashback, Allison told Teddy that she wanted to come clean with Claire. But Teddy didn’t want any pain to interfere with their day. “Your dad should’ve let you have the gerbil,” Allison suggested. Suddenly, there were screams, people pointing… The 9/11 attacks had begun. And even though Allison wasn’t at the Twin Towers, she began smelling smoke, choking… Despite being with Teddy, Allison still died. (Not sure during a pandemic was really when we all wanted an episode that took us back to 9/11, but here we were.)

As the hour neared its conclusion, Teddy and Mer wandered the body-strewn halls of Grey Sloan as 9/11 ash fell all around them. At Owen’s, he admitted to Amelia that maybe it would’ve been easier if Teddy had just left with Tom. “It’s like there’s a wet, heavy blanket of fatigue over me,” Owen said. That, she replied, was his defense against Amelia suggesting he stop hating Amelia. So what did they do? Pray, as in AA, for those that they resented. “You’ve done it before,” she reminded him. “Ya did it with me.” Finally, with Mer, Teddy at least mentioned Henry. “You run from pain,” Grey deduced. Over and over. “We run from joy, too, but they’re a package deal.” With that, Teddy beseeched Grey not to die. “I’ll do my best,” Mer said. And just like that — oh dear — Teddy appeared to get over it. She sat up in bed, and after Owen showed Amelia out, he found the patient tending to baby Allison. So, what did you think of “In My Life”? Hit the comments.