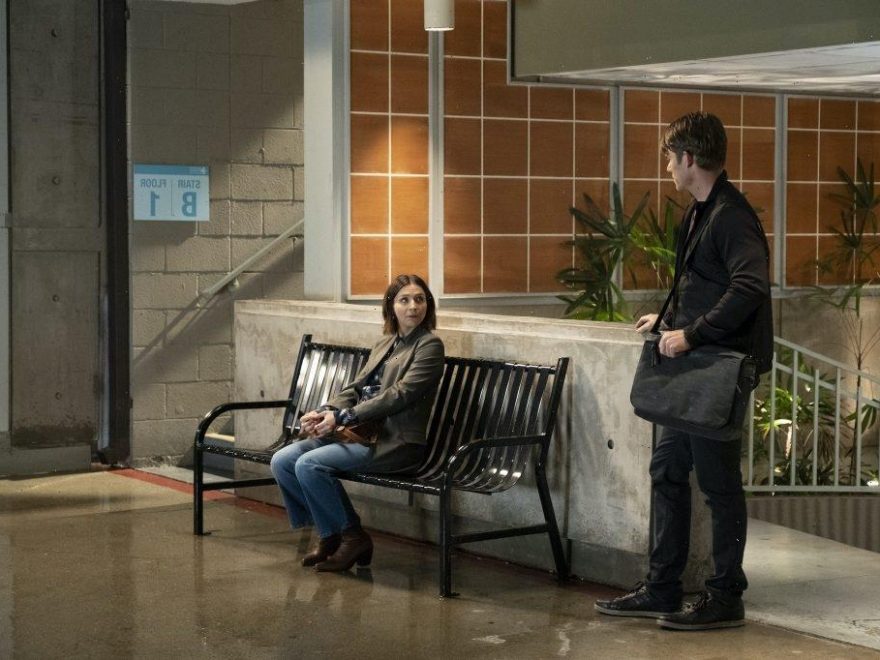 In the world of Grey’s Anatomy, there are some things that may not add up. Ages may not make sense since they are rarely specified, and then there are characters that seem to perform amazing feats without being “good” enough.

As proof of it, some fans feel that Amelia Shepherd never earned the right to her fancy job title as head of neuro.

Amelia, as played by Caterina Scorsone, is the youngest sister of the late Derek Shepherd (Patrick Dempsey). She is a character that joined Grey’s Anatomy in seasons 7 and 8, though both appearances were short-lived since she was predominantly on the spin-off Private Practice.

It wasn’t until Private Practice ended its six-season run that Amelia joined Grey’s Anatomy full time. It happened in the final four episodes of the 10th season and continues as we now prepare to enter season 18.

Amelia, as a character, has known a lot of tragedy. She watched her father being killed at just 5-years-old, murdered for his watch that was a gift from Amelia’s mother Carolyn Shepherd (Tyne Daly). She woke up next to a fiancée (Ryan Kerrigan) that had overdosed and later found out she was pregnant with a son, Christopher, who would never survive after delivery.

All this led to her being a recovering drug user and alcoholic in both series. Therefore, many of her storylines revolve around the constant struggle to battle addiction as well as her ambition to live up to Derek’s brilliance.

Is Amelia the brilliant neurosurgeon?

Some fans are curious as to why Amelia became “head of neurosurgery” when so little of her expertise is actually available to see. Contrarily, we see “Shadow Shepherd” (Jim Nelson played by Phil Abrams), filling in for Derek in some situations including when he takes off from work, goes to marry Meredith (Ellen Pompeo), and after the plane crash and Derek was unable to perform surgery.

It is disbelief that Dr. Nelson isn’t head of neurosurgery that prompted one Reddit user to ask, “How did Amelia get head of neuro?”

Some fans jump to her defense explaining that she was very much qualified for the position, though we do not “see” it. If you follow the storyline, she attends both John Hopkins and Harvard and proved herself with some successful surgeries.

Others, though, are not so convinced. They say she became head of neurosurgery by “nepotism” or because Shonda Rhimes (creator and director of Grey’s Anatomy) wanted Amelia to be important to the show.

The truth is, Derek was moving to DC so that he could pursue his brain-mapping project and Amelia stepped into his role as head of neuro. When ultimately Derek decided to return to Seattle, choosing family over his job, he tried to take his former position back. However, Amelia fought to stay head of neuro, which she had by then earned thanks to the brain tumor of Nicole Herman (Geena Davis). It was a tumor and a surgery that could have killed Herman, but instead, it simply left her blind.

Everyone resides at the top sometimes

When you look at Grey’s Anatomy, it really shouldn’t come as a surprise that Amelia became head of neuro. Most main characters are the head of their department eventually, if not the minute they join the show.

Whether right or wrong, in the world of Grey’s Anatomy, you have to be the best at what you do. To question why Amelia stands out, you would also have to ask how everyone else reached their own respective positions at Grey Sloan Memorial Hospital.