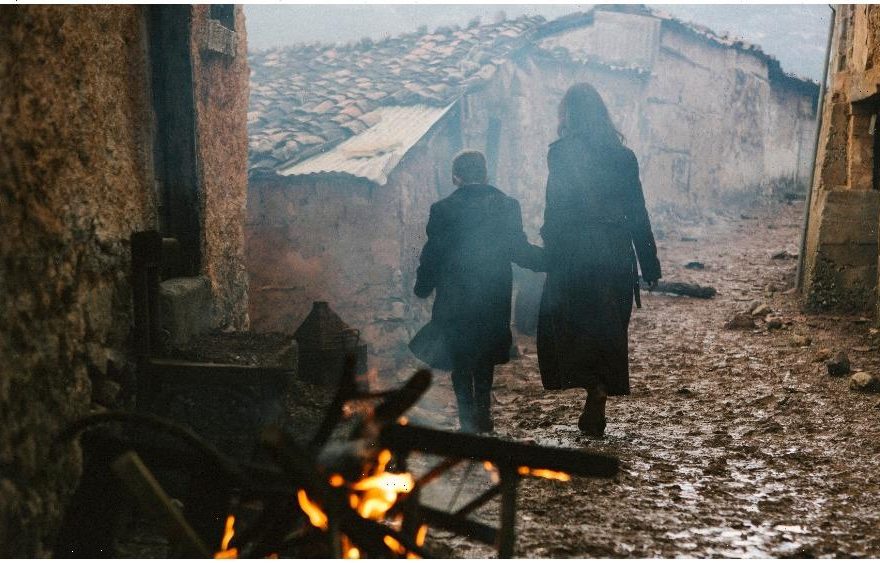 A new film about a notorious Nazi massacre in Greece during World War II has angered the descendants of the victims amid accusations that the filmmakers falsified historical events, with a victims’ group saying it’s filed a lawsuit against the producers.

Now the filmmakers are fighting back, with writer-producer Dimitrios Katsantonis describing the legal threats on Wednesday as “empty fireworks that will soon be revealed for what they are.”

“Echoes of the Past,” which is directed by Nicholas Dimitropoulos and stars the late Max von Sydow in his final performance, will have its world premiere Saturday at the Thessaloniki Film Festival before rolling out in Greek cinemas Nov. 11, where it will be released as “Kalavryta 1943.”

The film recounts the brutal massacre of some 700 Greek males by German troops in the Peloponnesian village of Kalavryta, in retaliation for the execution of nearly 80 Nazi soldiers by resistance fighters.

Von Sydow portrays an elderly survivor who is visited by a lawyer (Astrid Roos) investigating Greek reparation claims on behalf of the German government.

The controversy surrounds a scene in which a Nazi soldier, disobeying orders, unlocks the doors of a burning schoolhouse in which dozens of women and children are trapped.

The Association of Victims of the Kalavryta Holocaust told the Greek newspaper Peloponnisos on Tuesday that it had filed a lawsuit against the film’s producers, including public broadcaster ERT.

The association’s president, Charilaos Ermedis, told the newspaper that he and other residents of the village had warned the filmmakers several years ago about potential legal action if “Echoes” did not respect the memory of the dead and their descendants, asserting that the story of a “good” Nazi rescuing some of the trapped villagers was a discredited myth.

He also said he had received assurances that a version of events including the heroic acts of a Nazi soldier would not be included in the film.

Katsantonis, who is also a barrister and an attorney, refuted those claims on Wednesday, saying in an email to Variety that “there is no lawsuit pending against us by anyone since there are no legal grounds whatsoever.”

He added that the film is a work of fiction that is “inspired by true events (not even ‘based’),” and that Ermedis “never approached either [producer Stelios Cotionis] or me with a letter as he states and absolutely no promises were made by us.”

Dimitropoulos said: “The only promise I made was to myself, and that was to show the horrors and atrocities that the Nazis committed in Kalavryta, and to remind people that fascism is full of hatred and evil and must be stamped out.”

The Kalavryta massacre was arguably the worst atrocity committed during the Nazis’ brutal occupation of Greece during World War II, and one of many war crimes for which the Mediterranean nation has sought reparations nearly 80 years later. Some 250,000 Greeks died during the occupation, mostly of starvation.

This week’s controversy – which erupted after the release of the film’s trailer – has underscored how sensitive and contentious the subject of Nazi war crimes remains.

When asked last week about the Nazi soldier in the contentious scene, Dimitropoulos noted in an interview with Variety that an exhibit on the Kalavryta massacre at the Holocaust Museum in Washington, D.C., cites 14 eyewitnesses who reported that an Austrian soldier opened the schoolhouse doors to free the women and children trapped inside.

“One of the main things we wanted to do was be respectful to the people in Kalavryta,” he said. “We kept [the scene] in the film for reasons of [showing that] even in the darkest times, humanity can come through, even if it’s from one person.”

The director said he was inspired to share the tragic story of Kalavryta, which remains little-known outside of Greece, to teach audiences about a dark chapter in Europe’s recent past at a time when fascism around the world is on the rise.

“I think education is the key,” he said. “Education, and showing what’s happened before, so maybe we can avoid some of those mistakes in the future, even though history likes to repeat itself. I don’t think we need to live in the past. But I think we need to be aware of the past to be able to move forward.”

Speaking on Wednesday, Dimitropoulos said it was “sad that the film is being judged before it is even released.” Katsantonis added: “The official line of both the distributor and the producers is for the people to watch the film first.”