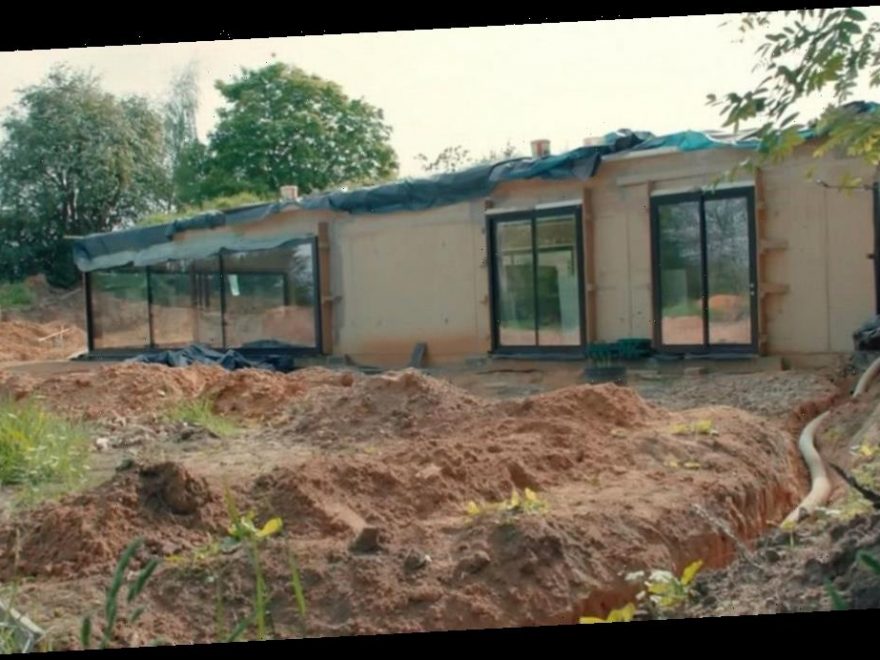 A man's dream to make a radical self-heating house was shot down on Grand Designs Wednesday night (January 27) when presenter Kevin McCloud dubbed it an "uninhabitable science project".

Scientist Andrew told the Channel 4 show he wanted to create a home buried in the ground, covered in layers of insulation and topped off with "ancient grassland" turf in the hope it would gradually build up a reserve of heat to keep it cosy in winter.

Unfortunately, the project in Buckinghamshire dragged on for three-and-a-half years and was hit with countless problems, least of all the coronavirus pandemic in 2020.

Andrew's wife Margretta admits she is frustrated it is taking so long and that the outside looks like a building site, with blue plastic sheeting lying around in the mud.

Kevin is also not won over and described the house as an "uninhabitable science project" after one viewing.

Fortunately, when he visits at a later date the home has undergone an incredible transformation after existing as a concrete shell for so long – although it took £310,000 in total to build it.

Admiring the outside, he says: "This project was never about aesthetics was it?

"It was always an experiment, but I am pleasantly surprised." Admiring the full-length windows, he says: "All that sun-trapping glazing is dazzling, a mirror to a luscious landscape.

"The oiled cedar cladding, black frames, and white stucco are like a throwback to Andrew’s youth of the 1970s."

Joking about the Hobbit-style roofing with live grass, he adds: "Although from some angles it looks like it has been magically cross-fertilised with a shaggy Celtic burial mound."

Although Kevin is impressed and calls the finished look "sleeker than I could have imagined", viewers were not comfortable with the indoor temperature of 16C.

One tweeted: "If my central heating was set at 16 my missus would be packing my bags #granddesigns."

Someone else joked: "Get yourself a man who looks at you the way Andy looks at the temperature of the earth #granddesigns."

People were also worried about Andrew's rule of not opening doors or windows in summer, to contain the heat for winter.

One moaned: "So in the summer when it’s hot he has to keep the doors shut? Genius #granddesigns."

But a more sympathetic viewer said: "We do need people like Andrew, caring for the environment on a large scale.

"Most of us can’t really be bothered apart from recycling."

This comes after Grand Designs viewers mocked a £600,000 barn conversion for "looking like a crematorium".