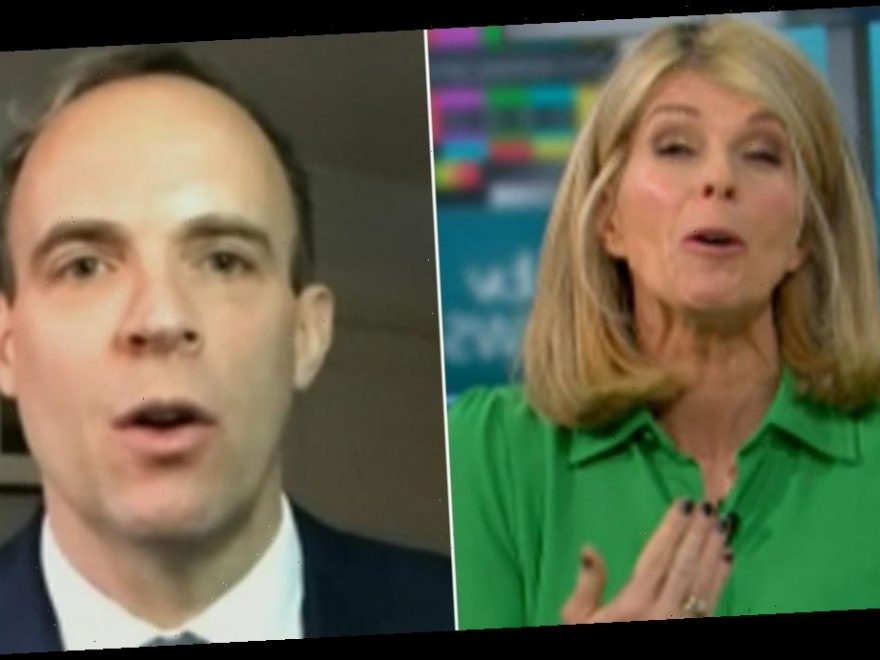 Kate Garraway clashed with Foreign Secretary Dominic Raab live on air on Wednesday morning as she quizzed him on the UK government's response to the coronavirus pandemic.

The 53 year old, who is currently fronting Good Morning Britain alongside Ben Shephard, 46, was joined on the hit ITV breakfast show by the politician who discussed his hopes for a global ceasefire in warrign countries so that vulnerable people can be vaccinated against the virus.

While Kate and Ben agreed that it should be a priority, they also grilled him on the current hotel quarantine situation, which sees people arriving in the UK having to pay to stay in a hotel for two weeks before re-entering society.

Good Morning Britain has found that people are allowed out of their hotel rooms for cigarettes and that there is "no control" over whether people are complying to the rules or not.

Kate posed to 46 year old Dominic: "In the last couple of days we've heard, and these are anecdotal, so if you can clear it up then it might be helpful, but some people in control and in charge of those coming back in from red listed countries were only given the rules three hours before.

"We've heard of people going to different airports to try and get out of it, we've had a member of our own staff who met somebody who'd just come back from Dubai and had actually got onto public transport and didn't know about the public quarantine, hadn't declared it.

Dominic responded: "So, first of all Kate, the timing of this is rather cynical what you're suggesting, I don't think that's fair at all. The UK's presence in the security council is set well in advance and this debate has been set well in advance…," before Kate chipped back in.

She said: "Hang on, I wasn't saying anything cynical. We were told that you wanted to talk about that this morning, and it's an important thing to talk about. I'm just thinking everybody watching is going to be thinking 'Why is he talking about that when we've got this chaos at home?' and it's my job to put their thoughts to you.

"You're welcome to explain why you chose to put that above such a fiasco," she continued, with Dominic defending: "No, I'm happy to talk about both things, but I think your approach is rather cynical.

"Let me address the question you've asked, which is, first of all, of course we already have a system in place where anyone who's returning to the UK needs to take a Covid test and fill out a passenger location form. What we've done is rely on an additional line of defence through the government commissioned hotel quarantine.

"It, of course, is a challenge. We're saying if you're a British national, you can't come back from these high risk areas, these red list 33 priority countries. But in relation to British nationals, we've got to try and find a responsible and safe route through and it's difficult to enforce."

Kate then hit back: "I know it's difficult to enforce, but it is your job to do it so, you know, who is doing it? Why aren't there those numbers at the airport, why aren't there the people there?

"Why, for instance, in the hotels for the people that have done the right thing and gone to the quarantine hotels at personal expense to them, they're finding that actually people in the hotels aren't wearing masks, they're allowed to go out to smoke cigarettes, which makes a nonsense of the isolation. It's all very well to have the idea, it's actually putting something in place to actually see it through, isn't it?"

Foreign Secretary Dominic replied: "So as I was trying to explain to you, of course it is difficult in a country where we don't have control over the law enforcement authorities, but we've got a series of…"

But Kate once again interrupted: "It's here that I'm talking about, where we do have control."

Dominic then snapped: "Can you let me answer your question?," with Kate saying: "Yes, but you're saying things that I haven't said. I've got to clarify otherwise you're not going to have a chance to answer the question if you haven't understood it."

He then said: "Why don't you pause and let me explain? I think people are getting fed up with the media not allowing to give honest answers even if you don't accept them."

The camera then cut back to Kate who was seen with her head down while she listened to Dominic's explanation, with co-host Ben then taking over the interview. 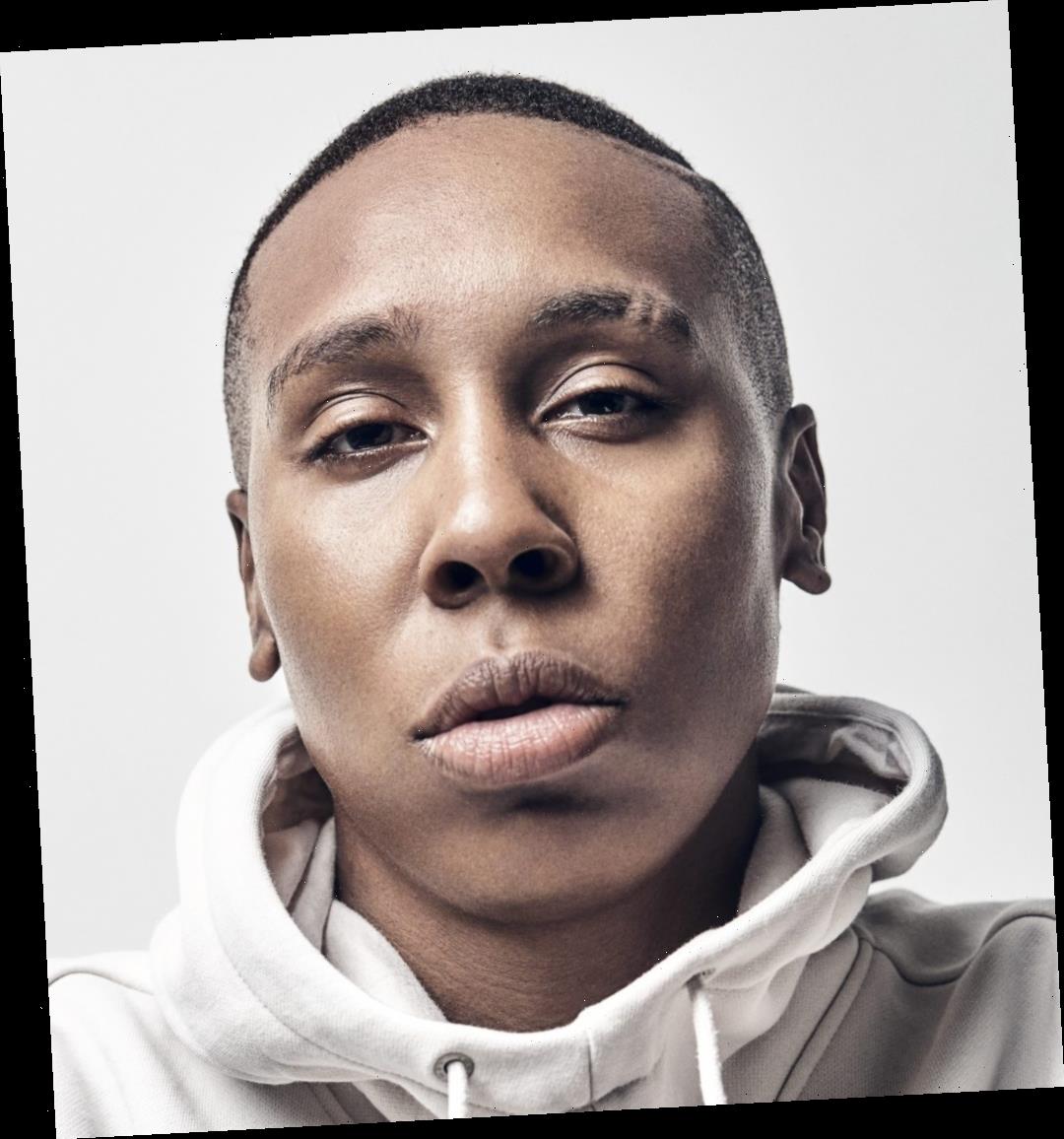 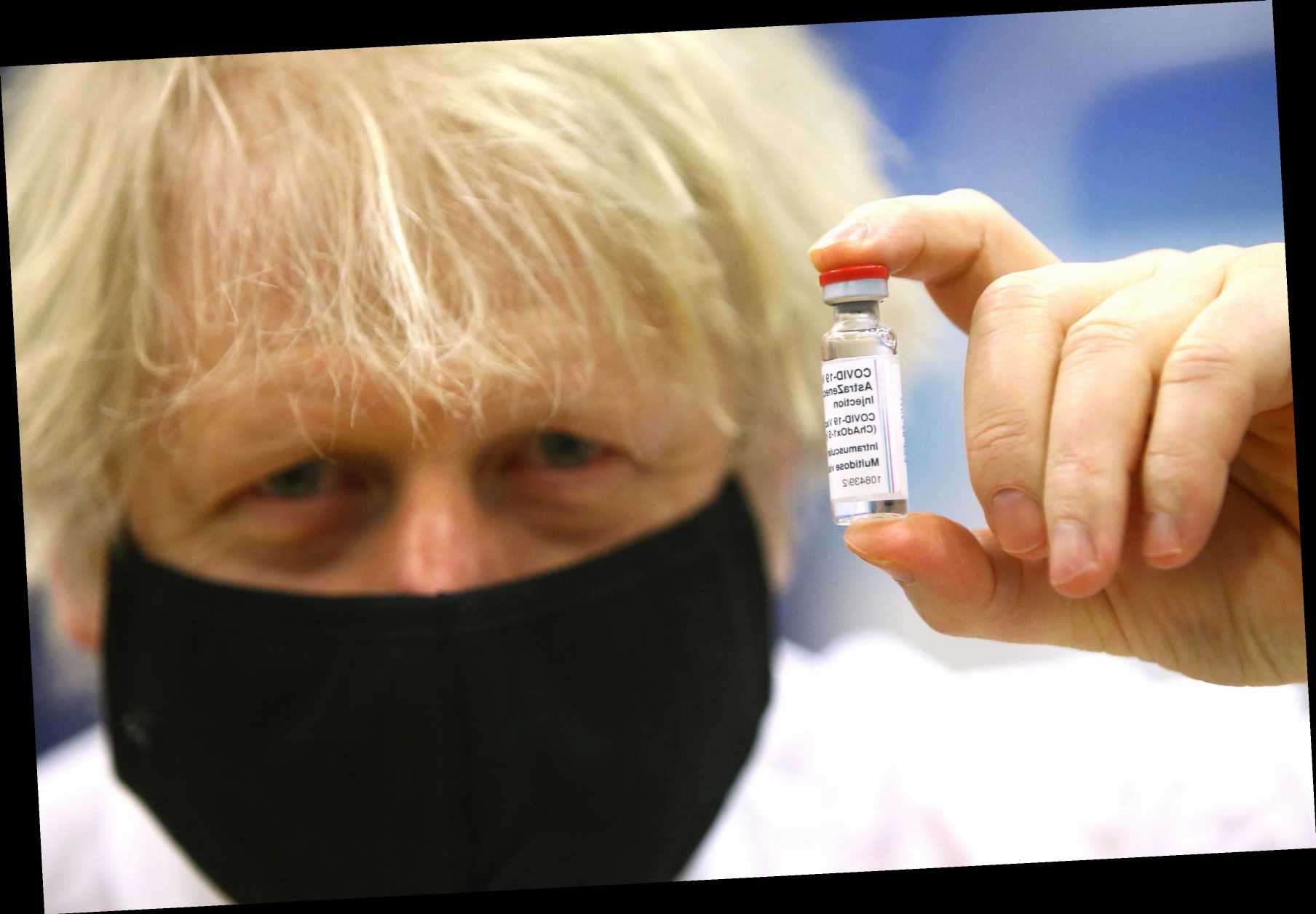