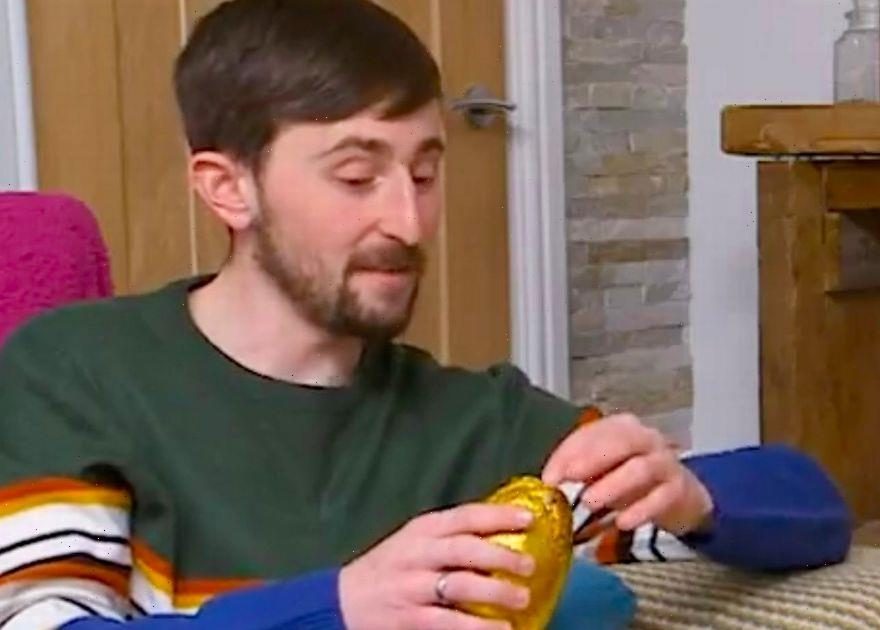 The Blackpool-born star bashed a chocolate egg into his forehead on Friday night's show – which left fans completely baffled.

Pete could be seen chilling out with his sister Sophie Sandiford while the pair held a large Easter egg each.

Showing off to his little sister, Pete went on to tell her how he had a nifty trick when it came to cracking chocolate Easter eggs open.

He explained: "You just hit the pointy bit of your head.

"Watch this," he said as he smashed the large chocolate egg, which was wrapped in gold foil, into his forehead.

Pete then proceeded to smash the chocolate egg into his head – which failed in a very epic way.

"I think I've got a fractured skull just off watching you," Sophie said cracking up completely.

Viewers of the popular Channel 4 programme who were enjoying the show from the comfort of their own homes were quick to discuss what they had just seen.

Some viewers were "in stitches" over Pete's hilarious Easter egg 'hack'.

One fan of the show penned: "Did he just do what I think he did … with a chocolate Easter egg?"

Another added: "This had me in stitches @PeteandSophie @C4Gogglebox I remember doing something similar with a chocolate orange and it going very badly wrong #Gogglebox #EasterEgg."

"What prat told him to smash an easter egg off his head to open it??? #Gogglebox," asked a third.

A fifth then added: "I just LOVE that Sophie and Pete find each other so funny!"

While a sixth cringed: "Hurt my head just watching it lol."

Gogglebox airs every Friday at 9pm on Channel 4 and All4.