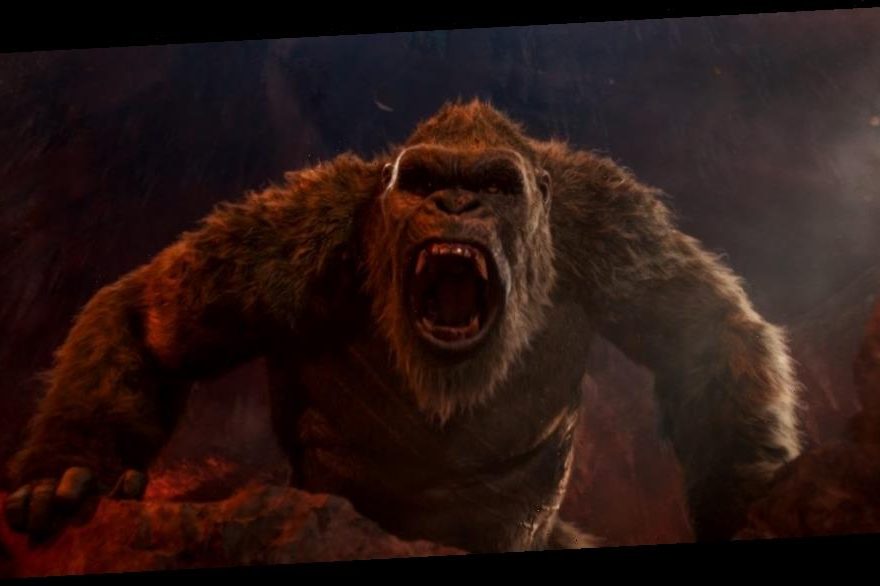 Godzilla and King Kong both get top billing in Godzilla vs. Kong. They both get their names in the title. However, the film is not an even 50/50 split between the two monsters. Godzilla vs. Kong actually features more of a King Kong than Godzilla. There’s a good reason for that, say screenwriter Max Borenstein and director Adam Wingard.

Borenstein spoke with Showbiz Cheat Sheet by phone on March 24 and Wingard by Zoom on March 18. They each had different reasons, but agreed that King Kong was more central to Godzilla vs. Kong.

‘Godzilla vs. Kong’: Which one is more relatable?

Borenstein wrote Godzilla, Kong: Skull Island and Godzilla: King of the Monsters with different co-writers on each film. So, he knows both King Kong and Godzilla. When they’re both in the same movie, there’s a reason Borenstein gravitated towards Kong.

“There’s a natural component to it where Kong is more relatable because Kong is a primate and we’re primates,” Borenstein said. “It’s why we connect with chimps. We’re like them in a lot of ways, literally, in DNA.”

Godzilla has always been less consistent than King Kong

In any King Kong movie, Kong has been a sympathetic character. He’s usually captured by opportunistic showmen and dragged to his death. Godzilla has battled many other creatures. Sometimes he’s defending humans. Other times, he’s not.

“I like that Godzilla has always been this sort of pendulum character that swings from bad to good to bad to good over the years,” Wingard said. “The Monsterverse is finally at the point where we started with him good, and now he gets to be the heel of the movie. Naturally, when you do that, as the heel, he has to be a little bit more mysterious. So by proxy, Kong kind of becomes a bit more of the throughline for the audience, and he is the heart of the movie, at the end of the day. I would say Godzilla’s gotten two movies, and this is maybe balanced a bit more being Kong’s film.”

In defense of Godzilla

In Godzilla vs. Kong, Godzilla goes on the attack. Viewers may root for King Kong, but they still like Godzilla.

“Whatever Godzilla is, dinosaur, lizard, something other, he’s less knowable,” Borenstein said. “He’s less human. There’s an intelligence there, there’s power there, there is a certain kind of empathy there, but it’s much more uncanny and much more alien to human, by design. So Godzilla is always going to be more of an unknown, more of a mystery to us. That’s part of his attraction and allure. So Kong, I think, in a sense becomes a protagonist in this film. Godzilla becomes his sort of adversary.”

At the end of the day, it’s not just about the monsters fighting. What people want to see is just the monsters in general. That was really important to me, why we opened the movie the way we did which is Kong’s just having a normal day. We see him wake up and scratch his butt and take a shower in a waterfall. That’s just as interesting because really anything the monsters are doing is really entertaining to watch because they’re giant monsters. They don’t exist so just being able to see them in their environments is super cool. I think you can actually make an entire movie of Kong doing really mundane things. It would probably be really good. I don’t think anybody would complain about that necessarily.