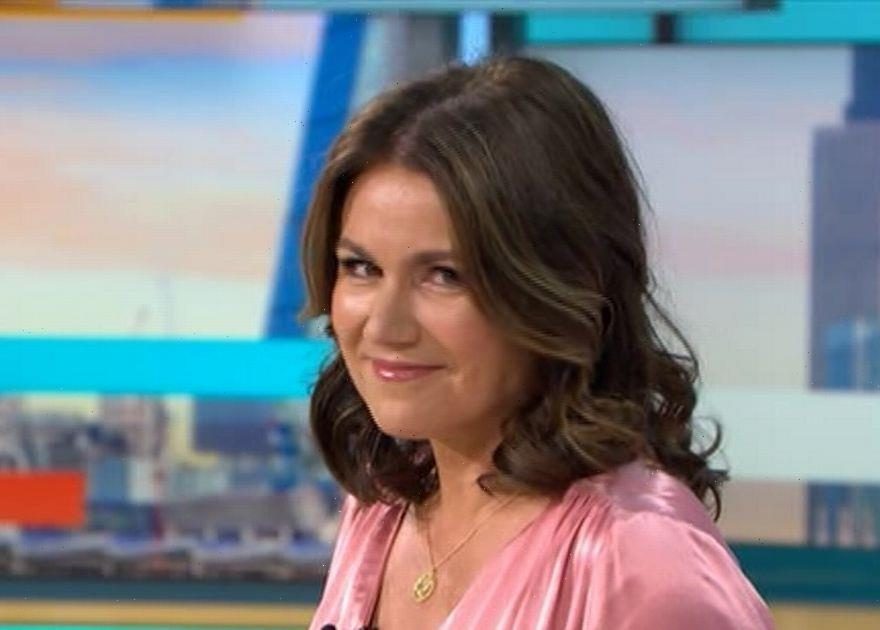 But she did announce that despite it being a glam look, it could be passed off as a housecoat.

Her colleagues also joined in the fun and referred to her as Margot from The Good Life and Hugh Hefner.

Susanna, 50, confessed to styling the look with loads of jewellery to try to pass off the look as non-nightwear.

She told viewers: "I did get dressed this morning, I haven't come in my dressing gown."

Her co-host Ben Shepard quipped: "It's like Margot from The Good Life."

Kate Garraway then added: "You look lovely, what are you talking about?"

Susanna explained: "It wasn't in the dressing gown section but I did buy it online so maybe I did accidentally, so I over-accessorised with bracelets and rings and earrings and a necklace and now I look like I've rather tried too hard with the dressing gown."

Ben then added: "It was either Margot or it was Hugh Hefner or always wore a silky dressing gown."

You look like you're going to unleash the dressing gown and slip into a jacuzzi Hugh Hefner style like there's a bikini underneath.

This came just after Kate thanks her co-star Susanna for stepping into the GMB hot seat to take over from her while she went on her family holiday.

After a short break, Ben introduced the next segment by saying that the fans are convinced it is in fact a dressing gown.

One fan took to Twitter to say: "Why is Susanna Reid still wearing her dressing gown on GMB this morning ?"

Another said: "I am glad I'm not the only one who thinks Susanna Reid is wearing a dressing gown on GMB!"

While a third penned: "Susanna Reid in a Dressing Gown…. Well hello!"

And a fourth said: "Susanna Reid looks like she’s in her silk dressing gown this morning, smashing it. Walked out of bed, brushed her teeth, came in. Love it."