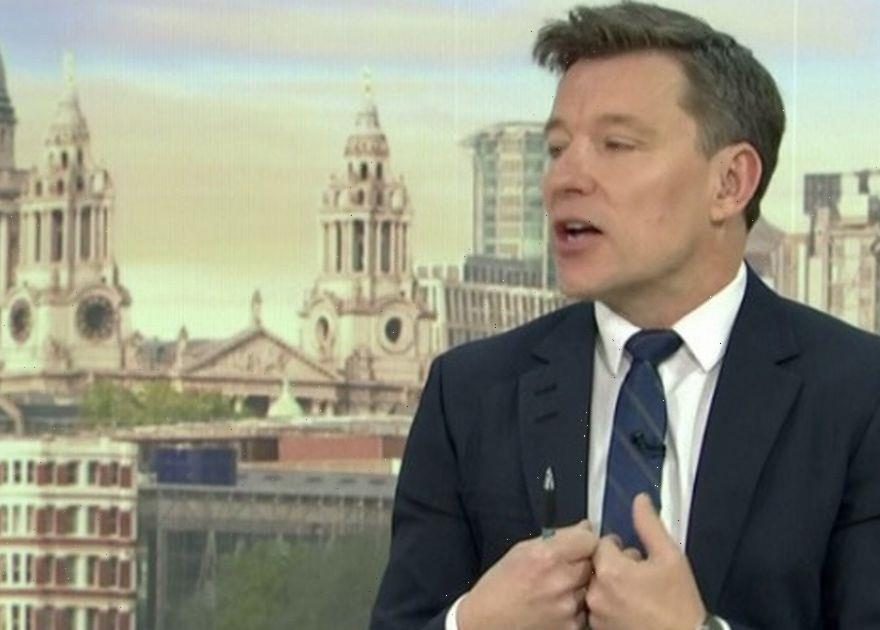 Ben Shephard admitted he was going to make his friends "very angry" with one remark made on Thursday's GMB, as he debated the importance of grammar.

Speaking to his Good Morning Britain co-host Charlotte Hawkins, Ben revealed one of his sons struggled immensely with his spelling and grammar, which often holds him back.

He then claimed there was too much importance placed on the correct use of a comma, rather than on the language itself.

Ben remarked: "Is it suppressing the ideas if all you’re trying to do is try and put the comma in the right place?"

"I've got friends that would be very angry at me saying that as well," the presenter added.

It all kicked off ahead of a panel discussion, addressing the new university policy which advises against marking students down for bad spelling.

Ben explained one of his two teenage sons – Sam, 14, and Jack, 16 – struggles with his spelling, which often compromises his ability to use his imagination in his work.

Reflecting on his own school days, Ben admitted spelling wasn't a strength of his, saying: "As somebody who really struggles with spelling and grammar this is music to my ears."

The broadcaster, who shares his sons with his wife of 17 years Annie, then addressed his son's battle with grammar.

"One who is pretty good and one who isn’t great. The one that isn’t great really struggles and it often detracts from the work he's trying to do.

"It's less creative, less explorative because he spends the whole time trying to get his grammar right and his spelling right.

"So it suppresses that creative urge. That is certainly something I experienced at school as well."

Charlotte nodded her head in agreement, recalling her university days and questioning the importance of perfect spelling and grammar.

"It’s interesting isn’t it because obviously I did an English degree and you have the focus on making sure you have the accuracy in the grammar and the spelling," she mused.

"But there are others that say, 'Well as long as you understand it, how much does it matter?'"