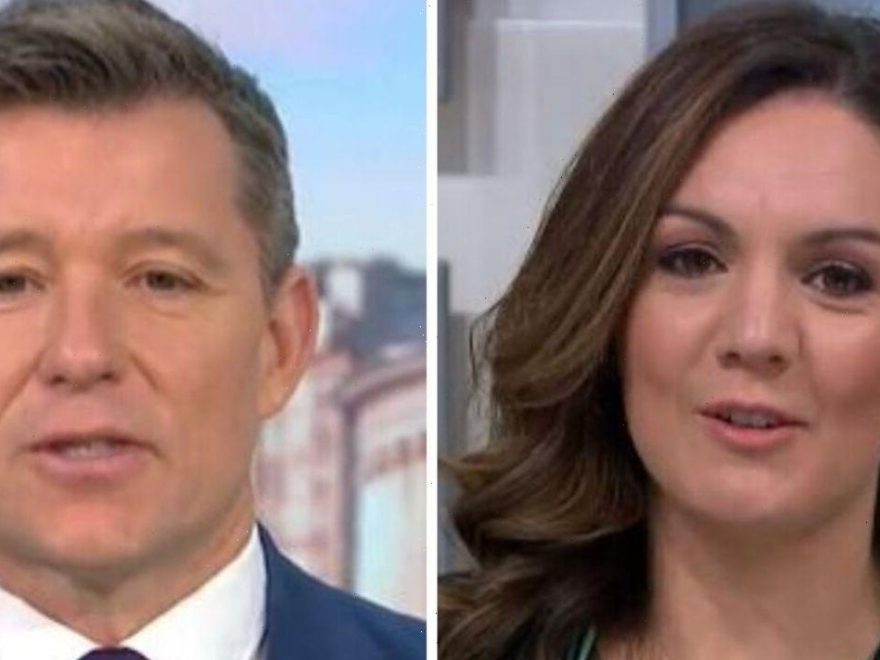 On Thursday’s instalment of Good Morning Britain, hosts Ben Shephard and Susanna Reid were discussing the new AI time machine app. Having some fun on the show, they showed what certain members of the cast would look like in different historic periods. Although when they showed Laura as a punk rocker the hosts put her on the spot.

During a segment of the ITV breakfast show, host Ben Shephard informed viewers of a new app that is becoming very popular.

Telling co-star Susanna Reid that once you put an image of yourself into the software, it then shows what you would have looked like in different time periods and fashion styles.

Deciding to put members of the cast into the app, GMB viewers saw Ben and Susanna as cowboys and Sean Fletcher as a Musketeer before moving on to weather host Laura Tobin.

At first, they showed her as a Viking with long blonde braids as opposed to her usual brunette hairdo.

Ben agreed saying she was saving the world before going on to the next image that showed the 41-year-old as a punk rocker.

Viewers then saw an image of Laura with green spiky hair in a black leather studded jacket and a colourful tattoo going across her throat.

The Good Morning Britain said: “The punk rocker! With tattoos, Laura, have you got a tattoo?”

After a brief pause deliberating on whether or not she wanted to reveal the answer she refused.

Laura replied: “I can’t divulge that information on air, my mum’s watching!”

Ben commented: “I think you’ve got a rainbow somewhere haven’t you? Or a rain cloud?”

Looking awkward, the weather presenter continued: “I can’t tell you!”

With the presenters laughing at her refusal, they quickly moved on to speak about the World Cup in Qatar.

Elsewhere in the segment, they also showed Susanna in a punk rock look with a similar leather jacket, green hooped earrings and short purple hair.

Sean joked: “That’s just an old photo of yours isn’t it?”

Laughing Ben commented that it could be as Susanna asked: “Did you get that from my mum?”

Another look viewers got to see was a Game Of Thrones-Esque looking Ben Shephard with long blonde hair and a small goatee beard.

Looking at the picture, he said: “This is me and my Scandinavian roots, there’s a bit of Norse in me when we did our genealogy years back.”

Sean suggested the GMB host looked like football star Robbie Savage which caused him to burst out laughing.

Good Morning Britain continues weekdays on ITV from 6am