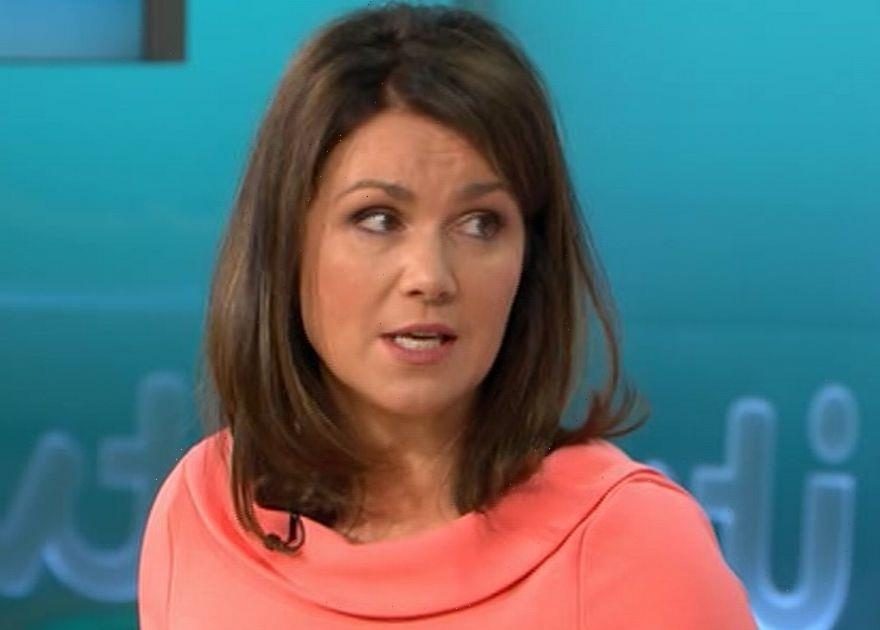 On Monday morning's programme, June and Barry Steenkamp starred on the show to chat about the latest news of Paralympian Oscar Pistorious writing them a distressing letter from behind bars.

On Valentine's Day 2013, Reeva was shot dead by her boyfriend, Oscar, at his home in Pretoria, South Africa.

At the time, he stated that he thought Steenkamp was an intruder and shot out of fear for his safety, though this was widely not believed to be true.

During the segment, the parents also stated that they didn't believe his story but due to their Christian faith were able to forgive the crime to some extent.

But as June and Barry were trying to carefully and emotionally explain their thoughts and feeling on the matter, Susanna and Ed kept talking over the heartbroken couple.

Susanna then apologised for the rudeness and said: "Ah sorry, I believe there is a delay on the line."

Susanna then carried on with her next question regardless without letting June finish what she was saying.

Viewers took to social media to comment on the interview, with one writing: "What an absolute disaster of an interview. Clumsy awkward, badly thought out questions. Constantly interrupting them as they grappled with the questions. You must send your apologies to those parents. What a shambles."

Another agreed: "Utterly useless interviewing… particularly by @susannareid100 who although acknowledged there was a delay on the line continued to speak over June's answers."

But a third argued: "Easy to criticise from the other side I’d say. Interviews with time delays are always awkward, more so when dealing with a clearly sensitive subject and given the fact they have a limited time to do interview. Don’t think parent’s wanted to do it either which didn’t help."

This comes after host Ed took his first-ever spot on the ITV morning show, kicking off his new job on the daytime show.

However, tensions have already come apparent between him and another one of the show's stars.

Susanna welcomed Ed onto the show on Monday and introduced him to viewers at home, while also chatting to regular faces on the programme journalists Andrew Pierce and Kevin Maguire.

The broadcaster sat next to GMB veteran Susanna on Monday morning and chatted to the guest journalists on the show about his new appointment.

Daily Mirror associate editor Kevin then chimed in to reveal that he already knew Ed from back in the day.

Kevin said: "I played football against him, he's quite a clogger really aren't you? You get stuck in."

Ed replied: "I'm a direct old-fashioned centre forward – there'd be no place for me in the modern Premier League."

To which Kevin responded: "It would be a red card in the first 15 minutes with your elbows and your boots going."

For more of the latest showbiz news from Daily Star, make sure you sign up to one of our newsletters here .